Congressman Bob Goodlatte of the Shenandoah Valley: Unveiling the portrait 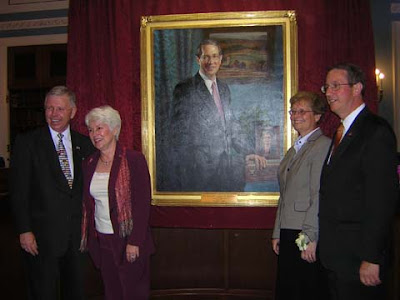 I was honored to be invited to a ceremony in Washington, D.C., on Tuesday for the unveiling of a portrait of Congressman Bob Goodlatte (R-6th District) to commemorate his chairmanship of the Agriculture Committee during the 108th and 109th Congress sessions. It was held in the Agriculture Room so the crowd of over 300 was able to mingle on the balcony overlooking the Capitol as well as inside. 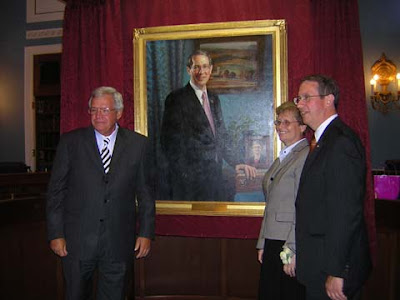 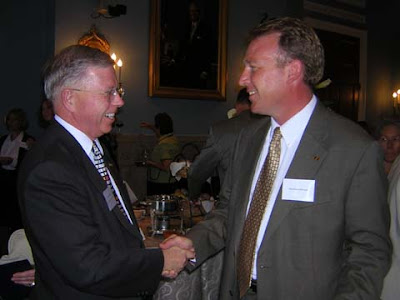 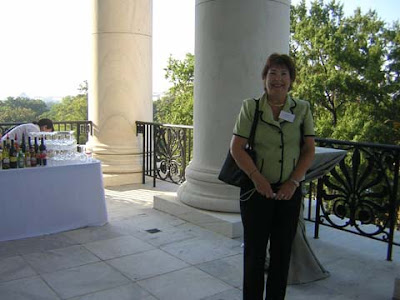 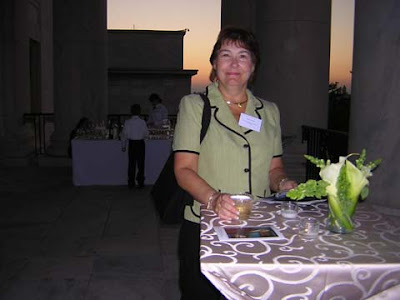 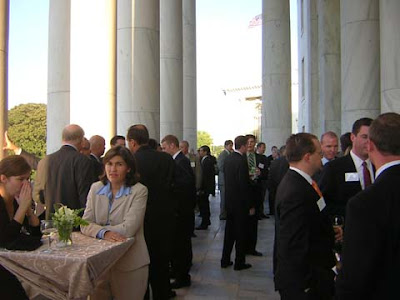 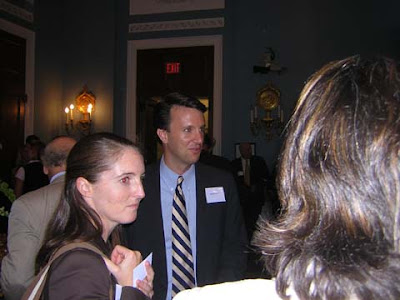 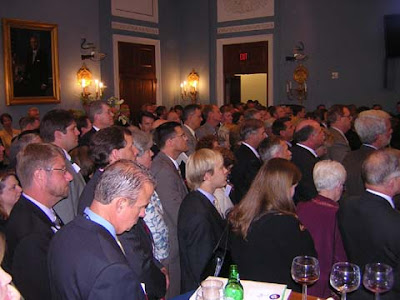 The crowd listens as the portrait is unveiled. 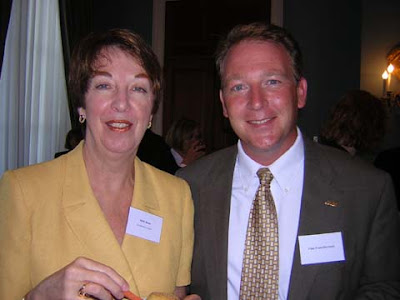 The portrait is amazing in several ways. First, it is an extremely life-like portrayal of Congressman Goodlatte. Second, the artist actually painted two portraits because there is a portrait within a portrait ... a photo of Maryellen is sitting on the desk in the portrait. Third, the picture hanging on the wall behind the Congressman is a Shenandoah Valley farm scene ... rural and serene. The artist, Dean Paules, did a remarkable job. 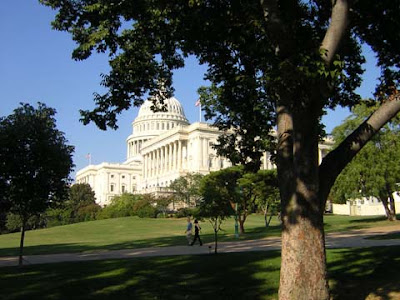 The site of the U.S. Capitol stirs me everytime I see it....
It was an enjoyable evening and I thank the Congressman for the opportunity to be a part of his special day. As Trixie Averill and I drove back to the Valley we shared memories of the event and, of course, talked politics all the way up and all the way back.

Uh, Lynn, the Speaker of the house is Nancy Pelosi.
Did you not get the memo?

You mean like President Clinton is no longer president, Governor Warner is no longer governor ... etc? Did you put your nit-pick cap on today, Eddie Garcia?