Butterflies, wildflowers, and the coming of fall in the Shenandoah Valley ... Part 3 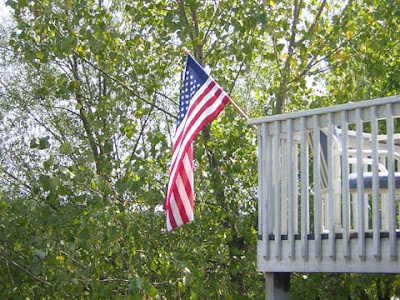 American flag flies from deck in honor of our military.

More photos from roaming around the Sweet Virginia Breeze homestead ... the dozens of butterflies passing through were elusive and in a hurry and I wasn't able to get a photo of them in mid-flight. Last weekend we saw mostly blue swallowtails but this week most of them were orange monarchs. 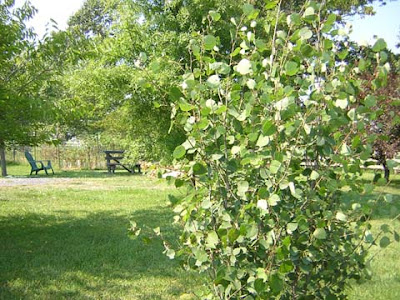 Aspen tree from a cousin's home in Idaho. 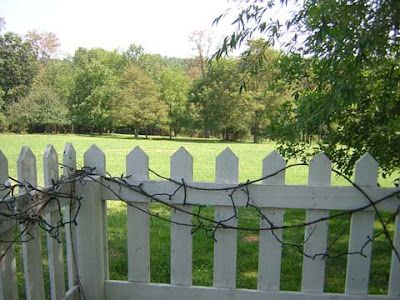 Deer graze under the trees in the back yard on a daily basis.... 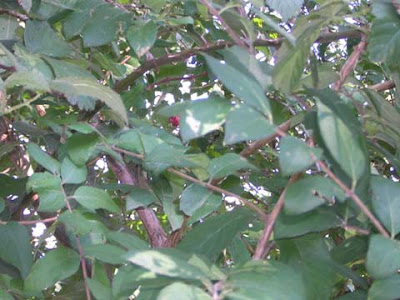 Two lone blackberries were left on the vine hidden behind this bush ... all the rest had been eaten by birds and critters. 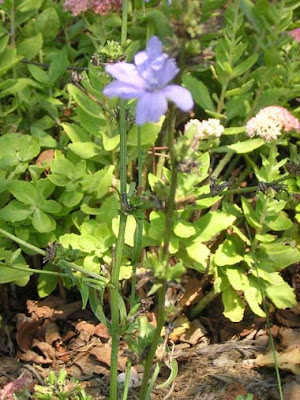 Chicory, found along roadsides and in fields, has been blooming since June. This one is in the sedum flower garden.

Low temps over the weekend were in the upper 30s with daytime highs in the low 60s. Autumn is definitely in the air ... it officially begins Sunday. Some leaves are changing early but usually the height of color season comes in mid- to late-October.