"The Cross and the Switchblade" author Rev. Wilkerson dies in auto crash 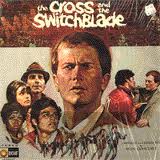 Rev. David Wilkerson died Wednesday in a head-on auto crash in Texas. His wife, who was with him, is in critical condition.

Many from my generation remember Rev. Wilkerson from the 1970 movie, "The Cross and the Switchblade," that played in movie theaters nationwide and attracted many Christian youth. Church youth groups, including my own, attended the movie showings together. Based on his 1963 best-selling book of the same name, it starred Pat Boone in the story of a Christian pastor who ministered to members of a New York street gang.

That Christian pastor was Wilkerson who dedicated his entire life to reaching out to young people who were lost, spreading the gospel and turning around lives through Teen Challenge, a nationwide drug, alcohol, and evangelism outreach program. Wilkerson, who began his ministry outreach in New York City as founding pastor of Times Square Church, later moved to Tyler, Texas, where he founded World Challenge to provide a wider reach but always returning to New York during the summer, keeping in touch with his Christian roots.

David Wilkerson was 79. Throughout his life, he reached many youth who were on a violent path but turned their lives around to become contributing members of society. His legacy will be remembered by generations. Prayers to his family and for his wife who remains in the hospital.
Posted by Lynn R. Mitchell at 4/28/2011 08:40:00 AM