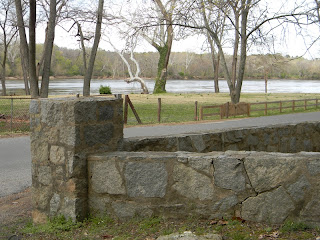 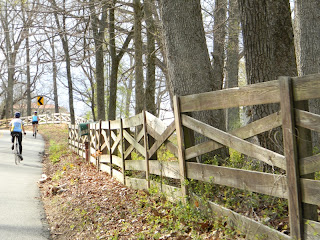 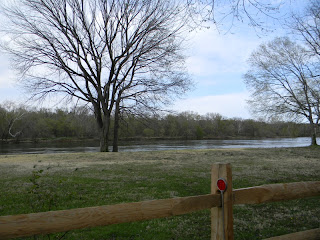 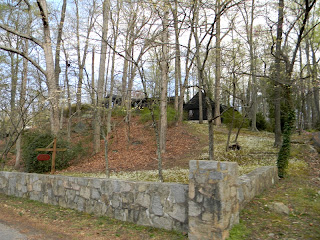 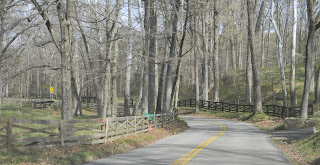 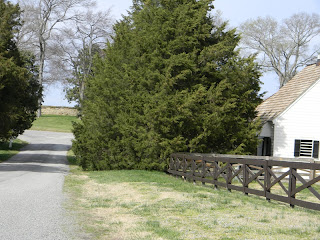 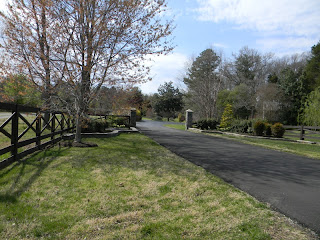 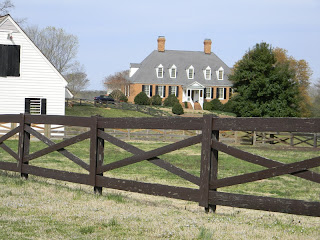 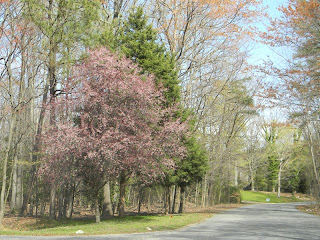 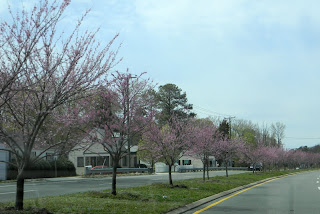 The red buds were blooming in Richmond. 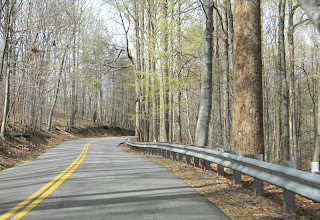 The narrow, winding Old Gun Road as it heads downhill toward the James River.
While in Richmond last weekend, my sister and I took a drive along the James River and the old stomping grounds along Old Gun Road, Cherokee Road, and Riverside Drive, and retraced areas driven many times when younger. In those days, Sunday afternoons would find friends and classmates cruising the narrow scenic roadways or rock-hopping on the river. There are more houses there now than in those days but the river never changes ... it keeps rolling along its way toward downtown Richmond.