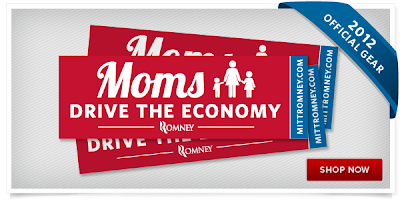 A Democratic operative made the ignorant comment on CNN Wednesday that Republican presidential candidate Mitt Romney's wife, Ann, "had never worked a day in her life."


In an interview, Ms. Rosen questioned whether Ann Romney is qualified to channel women’s economic concerns to the former Massachusetts governor, because she is a wealthy woman who “never worked a day in her life,” and her husband “does not see women as equals.”

That's an awful lot of baseless assumptions from Rosen.

So some parents don't think it "takes a village" to raise our children ... we take the responsibility of doing it ourselves. Not every stay-at-home mom is rich ... we sacrifice, scrimp, and do without to create a family atmosphere. Barack Obama's "female gap" advantage may have just taken a blow. Why can't liberals MYOB?


On January 22, 2003, Rosen announced that she would resign as head of the RIAA at the end of 2003, in order to spend more time with her partner, Elizabeth Birch, and the couple's twins (a boy and a girl). She began a television commentator career first with CNBC and then with MSNBC. She signed with CNN in early 2008. Rosen and Birch separated in 2006.

Take those twins and more than double them ... and you have Ann Romney's five sons. As a stay-at-home mom, I can say it's 24/7 work.