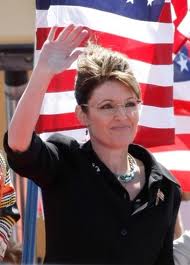 Sarah Palin will co-host Tuesday's NBC "Today Show" and, though I don't normally watch NBC's morning news, I'll be tuning in on Tuesday. Why? It could be a showdown between Palin and her nemesis, Katie Couric, who will be hosting ABC's "Good Morning America" all week.

Couric is widely regarded as having conducted a gotcha interview in 2008 with Palin. When Palin was asked about the head-to-head encounter to take place on Tuesday, her response was, "Game on."

Indeed. I first read about it at Fishersville Mike this morning and then read more later at the Alaska Dispatch. Stay tuned ... it should be an interesting morning.