Pain at the gas pump: Take your frustration to the polls & vote for George Allen 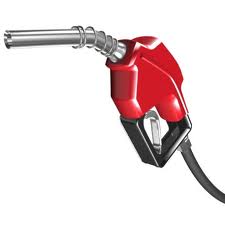 I was with a friend this weekend who stopped at Sheetz in Staunton to fill his minivan that was almost on empty. The cost to fill up this vehicle that transports a family of four? $88.00. That's eighty-eight dollars!

The news is everywhere: Gas prices in America have hit almost $4.00 a gallon (and higher in some places), and continue to rise. At what point will Americans begin to sharply cut back on their driving because of the huge hit on their wallets to fill gas tanks with fuel that costs over $4 a gallon? Even something as routine as mowing grass will add up for those with large lawns. Other activities may be curtailed such as Sunday afternoon drives, off-road ATV and trail bike rides, and towing horse trailers to the National Forests for horseback riding. Pulling campers may be prohibitive as well as boating, whether it be fishing or water skiing or just lazing on the lake.

It will be interesting to see how high gasoline prices go and what it's impact will be on this summer's vacation season when many normally travel. Meanwhile, my friend is faced with forking out close to $100 every time he fills his gas tank. Ouch.

George Allen has been all over this issue. While his opponent Jamie Radtke has been sidetracked exclusively attacking him instead of working on issues of importance to voters, the former Governor has been busy finding solutions that will help his fellow Virginians in these difficult economic times.

Taking his message to Fox News Channel's Shaun Hannity show and beyond, Allen has rolled out Too Much At The Pump, a gas price calculator which allows visitors to calculate exactly how much more they are paying for every fill-up of regular unleaded gasoline since President Barack Obama was sworn into office.

Obama has not helped energy prices in this country. He refused to allow the Keystone pipeline and has blocked drilling for oil in America. His yes man has been Tim Kaine who wants to defeat Allen and be Virginia's next U.S. Senator. Can Virginians afford Kaine in Washington? Can their pocketbooks survive Kaine's rubber stamping of Obama's expensive overreaching government programs?

George Allen's Blueprint for America's Comeback has a plan to unleash America's plentiful energy resources and touches on the crux of the issue:


The good news is that America has the most plentiful energy resources of any country in the world. U.S. reserves plus technically recoverable oil, gas, and coal amount to 1,320 billion barrels of oil equivalent (BOE) – ahead of Russia, Saudi Arabia, and China. And American ingenuity has traditionally led the way for new and expanded global energy resources.

Yet our dependence on foreign oil is greater today than it was in the days of the gas lines under President Jimmy Carter. Washington persists in holding America’s energy resources “off limits,” even as energy prices soar. Gasoline prices have more than doubled since President Obama came into office – creating real hardships for Virginia families and businesses as the price for transportation, food, and just about everything else rises.

Read the rest of Allen's energy policy in the Blueprint for America's Comeback. That's the kind of leadership we need in these critical times when everyday Americans are being crushed under the near-record prices of fuel.

As fellow SWAC blogger Bob Kirchman at The Journey put it, take your growing frustration about rising gas prices to the polls and vote George Allen for U.S. Senate in the June 12 Republican primary.
Posted by Lynn R. Mitchell at 4/01/2012 05:45:00 PM