It was a full house at Wednesday's Augusta County Board of Supervisors meeting. 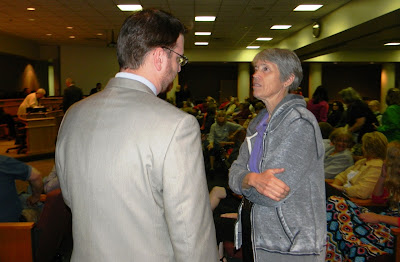 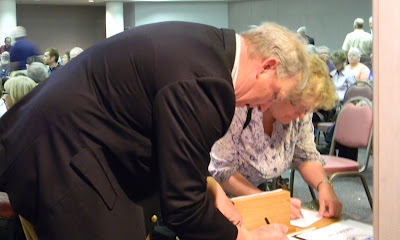 Nick Collins, chairman of the school board, signed up to speak. 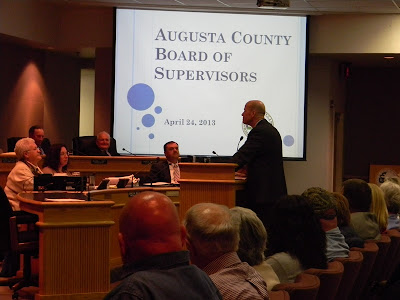 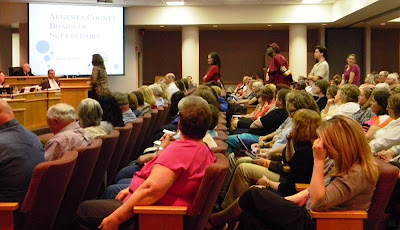 Speakers lined up to address the board. 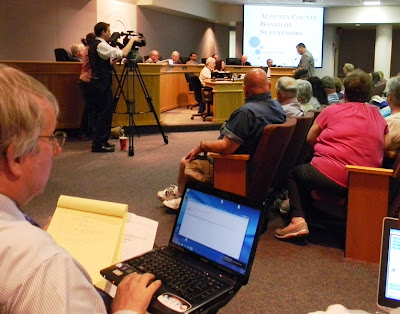 Augusta County supervisors faced a packed room of 250-300 people Wednesday night when they voted to raise the real estate tax rate by three cents, a compromise from the previously-discussed five cents.

In a surprise move, Supervisor Mike Shull made a motion for a 3-cent raise in the tax rate. The Republicans on the board voted for it: Jeff Moore, David Beyeler, Mike Shull, and Larry Wills. The Independent supervisors voted against it: Tracy Pyles, David Karaffa, and Marshall Pattie.

Teachers and school employees organized to attend meetings for two months to ask for the tax increase that they said would ease the crunched school budget.

Tea party advocates had spoken out against the increase, sticking to a no-tax policy.

Interesting in this is the fact that the tea party did not support the independent candidates when they ran in 2011 but, instead, threw their support behind the Republicans. What a difference two years makes. Those tea party people are now backing the very candidates they worked against during the 2011 campaign, and they appear to have turned on the Republicans. However, school advocates that included teachers, bus drivers, and cafeteria workers, showed up in record numbers.