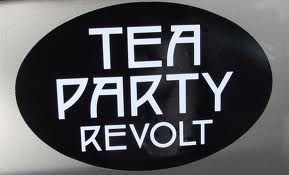 Oops. There is open revolt within the tea party ranks in the Commonwealth.

The Virginia Tea Party Federation that includes the Shenandoah Valley Tea Party, along with a tea party PAC, got together last week and decided to vet the nine Republican candidates for Lieutenant Governor and Attorney General. Their final choices were Prince William County Supervisor Chairman Corey Stewart and State Senator Mark Obenshain.

That didn't set well with some members of the tea party. Today there was open revolt in the blogosphere from Greg Letiecq, Chris Beer, Tito Munoz, Joshua Huffman, and Willie Deutsch. Apparently there are candidates they consider not "tea-party" enough.

A state of confusion now seems to have settled over the Commonwealth. Chris Beer at Mason Conservative wrote:


I don't know who's what anymore.  Who's a RINO, who's establishment, who loves liberty, who's a real conservative?  It's getting so confusing!

The Tea Party Federation of Virginia endorsed Corey Stewart today, and apparently it's to the bewilderment of the Tea Party.  First off, allow me to say that the fact there is a large "federation" of Tea Party seems counter to what the Tea Party of 2009-10 stood for.  Anyways, apparently the Federation's choice is not the choice of the local (ie real) tea parties. [emphasis added]

It didn't take long after the Virginia Tea Party Federation's endorsements for this open revolt to hit. Now the federation side is pushing back: "The sore losers are on the emotional politics rampage. There was nothing 'rigged' about the process."

The Republican Convention is just a few weeks away. Stay tuned ... this could get interesting.