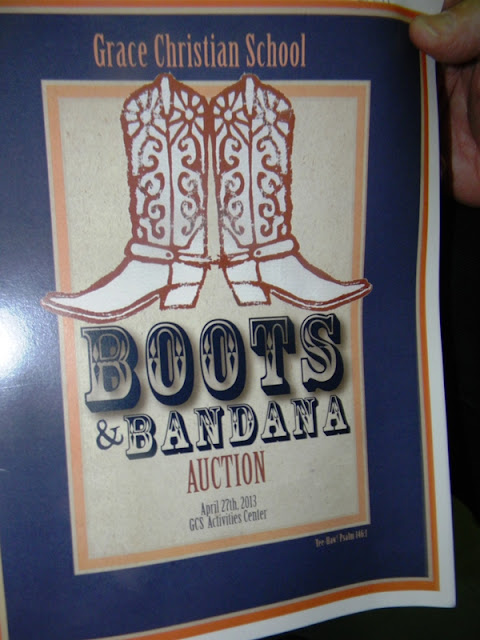 The 2013 Grace Christian School auction has closed out another successful year. The event on Saturday featured a silent auction and live auction that didn't even include the online auction held earlier. An annual favorite, each year offers the opportunity to meet up with friends and family. 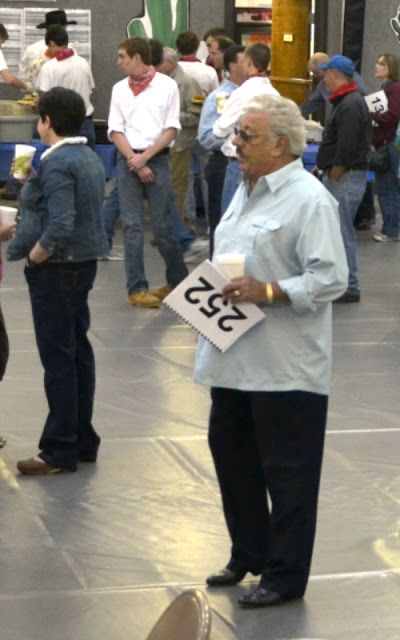 Harold Reid of the legendary Statler Brothers who are beloved by the people from their home town, Staunton.
Harold and Don Reid and their families have been supporters of the auction for years. This year they were there again, greeting friends, enjoying the BBQ dinner, and Don even bid on a weed eater. It is always encouraging to see their dedication and support of the school, something that is very appreciated. 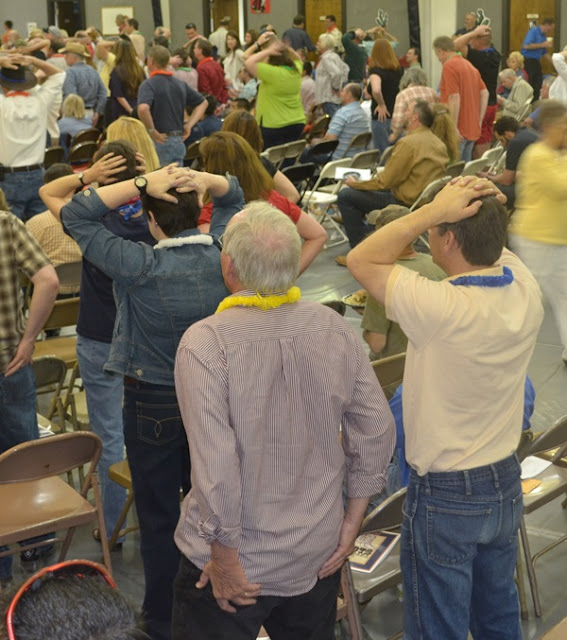 SWAC Husband and Kurt Michael during the "Heads or Tails" game. Hawaiian leis are purchased for $10 each for participants of the game where they stand and put their hands on their head or the "tail" until it is narrowed down to a winner. The prize this year was a huge television. 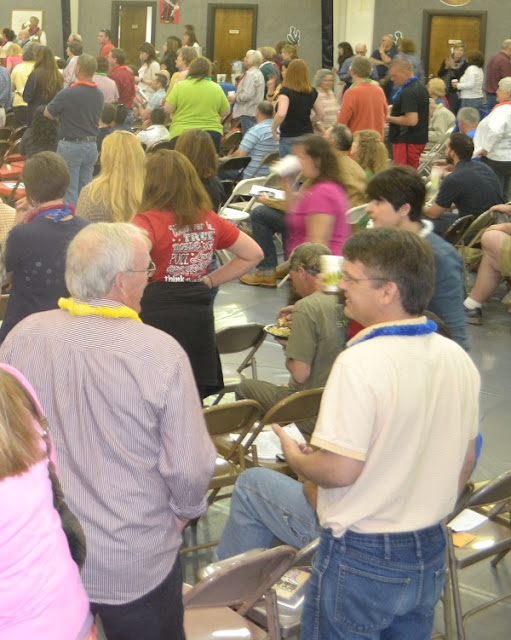 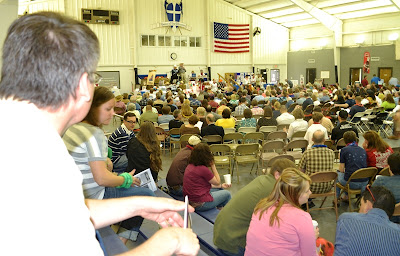 Kurt pondered whether to bid on an item. 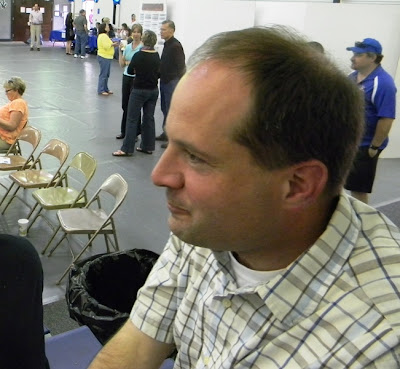 Will Bear
Will is at the auction every year where his sisters' children attend. Will was secretary of the Augusta County Republican Committee when I got involved in 1999, a position he later twisted my arm into taking so he could spend more time with the family's business, Bear Funeral Home, in Churchville. 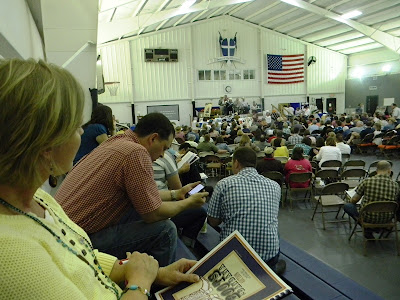 Vonda Lacey successfully bid on "An Afternoon with the Principal" for her sixth-grade son. 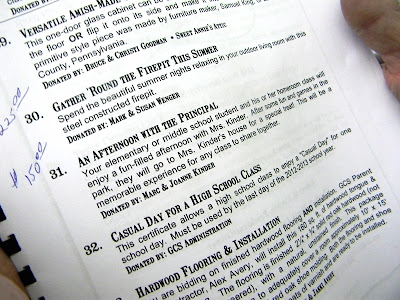 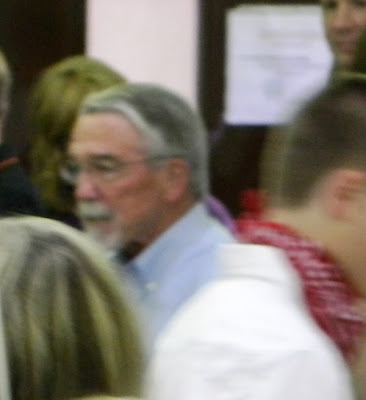 Delegate Dickie Bell
Dickie and wife Ann were guests but back in the day he was a teacher at Grace. SWAC Husband and I went through food line with him and got a chance to talk but didn't have my camera with me. This was taken later from across the room ... sorry that it's blurry. 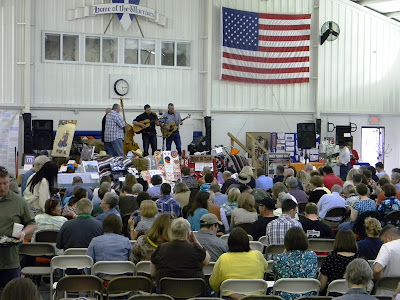 One year I'd love to see some of the Statlers -- any generation -- join the bluegrass band on stage and sing. That would be a treat that would bring down the house. 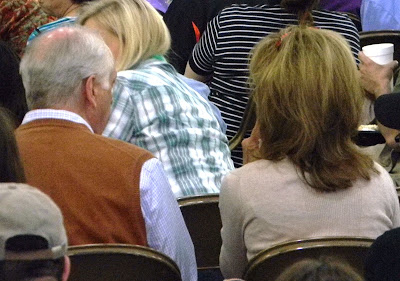 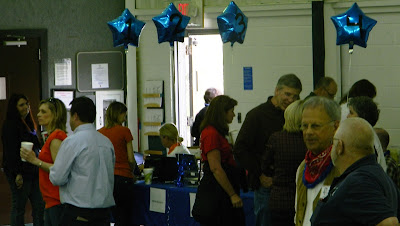 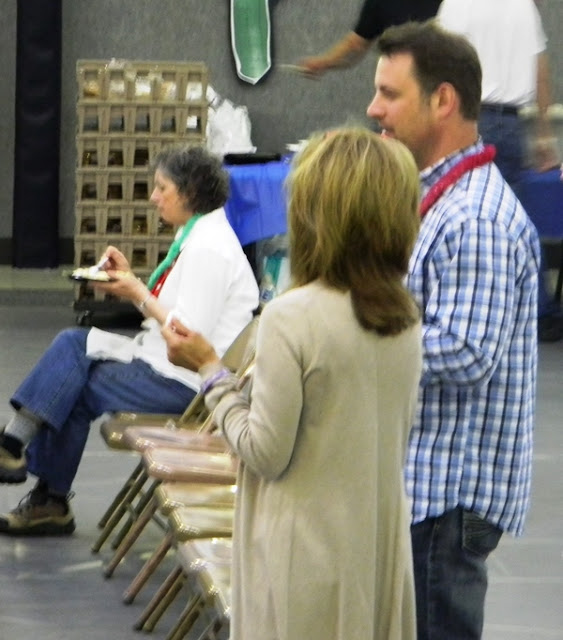 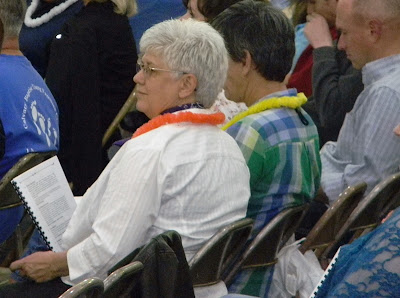 Peggy Bell is librarian at Grace Christian, and we both belong to the same conservative ladies book club.

The Reid crew was sitting together through the auction.