Bill Bolling: Will he, or won't he? 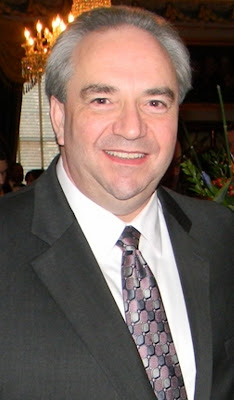 Bill Bolling went to Charlottesville on Monday and talked with UVa political science Professor Larry Sabato's class of 400 about all things political, and the question on everyone's mind was will he or won't he run for governor as an independent?

As a statesman in Richmond during his years in governing, Bolling received high praise from Sabato, as reported by the Daily Progress:


In his introduction of Bolling, Sabato said if Bolling does decide to run for governor, he would bring credibility, respect and experience to Richmond. Sabato cited Bolling’s leadership and connections in the National Conference of Lieutenant Governors as one example.

Sabato went on to say:


“He has served as chair of that group, he knows the [lieutenant governors] all over the country and number twos have a way of becoming number ones,” Sabato said.

“Or fading forever into political oblivion,” Bolling quipped, prompting a round of laughter from the students.

Bolling's willingness to jab fun at himself is one thing that has endeared him to grassroots and supporters throughout the years.

Noting that many Virginians do not know who the Democratic candidate Terry McAuliffe is, he then poked a little fun at the possible Republican nominee:


“On the other hand, you’ve got Mr. Cuccinelli. His problem is that people do know him,” Bolling said, eliciting another round of laughter from the students. “I think his challenge is that he has to redefine himself if he’s going to have any realistic chance of reaching a more moderate, mainstream voter.” But Bolling said his moderate tone shouldn't been seen as abandonment of his conservative values.

Perhaps thinking of the constant objections from anti-tax tea party members of his own party, the Lieutenant Governor noted that governing means working together to solve problems and get things done but, sadly, too many people think compromise is a four-letter word.

I like that way of thinking. Someone told me a long time ago that to be an elected official meant to represent all the people, not just the ones who put you in office. Bill Bolling has proven over the years that he is that kind of leader.