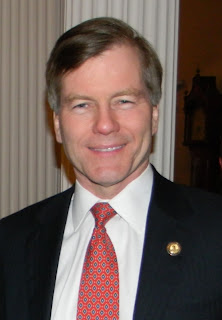 A new transportation package was 27 years in the making for Virginia. The last two days of the 2013 General Assembly session saw an historic, sweeping transportation bill pass both the House and the Senate as it now heads to Governor Bob McDonnell's desk.

The Staunton News Leader applauded the bipartisan legislation that was passed by 44 Republicans and 43 Democrats:


In recent years the General Assembly has fallen short of the ideal of working together, through disagreement, for the greater good. Today, despite the misguided efforts of some, is not that day.

With many working for the better good of the Commonwealth, the editorial noted:


As of Saturday afternoon, we have a new plan transportation funding plan for the first time in 27 years. It is nowhere near perfect, but that we have one at all is nearly miraculous. Conservatives are dismayed.... The plan highlights the critical need for compromise and action on what matters most.

Not all conservatives are dismayed. Many recognize the need to stop kicking the can down the road on infrastructure, roads, and transportation while others are understandably concerned about the money part. These are financially shaky times but one could also argue that crumbling roads are not going to get better yet our traffic volume continues to grow.

The News Leader noted there were some bumps on the way to passage:


This victory for McDonnell comes no thanks to Attorney General Ken Cuccinelli, who continues to make a name for himself not as statesman worthy of the Commonwealth of Virginia, but as an ideological flamethrower who seeks attention and his own way at all costs.

His 11th-hour efforts to thwart the Medicaid expansion compromise — which would in “legislative la-la land” have killed the transportation bill — expose Cuccinelli as a wannabe governor who would surely lead the Commonwealth away from the overdue productive compromise we witnessed in Richmond last week.

We are disappointed, but not surprised, to note that Cuccinelli issued the opinion at the request of Del. Ben Cline, R-Rockbridge. The far right has a long, destructive habit of ignoring obvious progress. If they cannot win on the merit of their ideas and ideals, they seek to stop their opponents’ progress through voter suppression, electoral-college trickery and other shenanigans.

Bob McDonnell has proven to be an extraordinary leader in Virginia and continues to be among the most admired governors in America. This 21-year Army veteran who retired as a Lieutenant Colonel has proven to have the toughness necessary to make the hard decisions and stick with them. As the News Leader concluded, "Gratefully, today the Commonwealth moves forward."