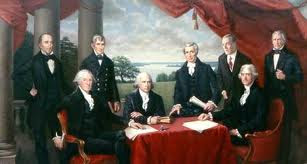 As a fourth grade student in Chesterfield County, we studied Virginia history and memorized the names of these men of history. Some things you never forget.
Posted by Lynn R. Mitchell at 2/18/2013 01:28:00 PM