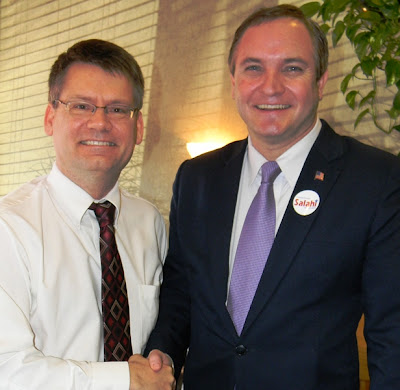 
The Crash the Vote candidate, television celebrity, The Housewives of D.C. star, White House party crasher, and candidate for Virginia Governor was a delightful speaker on an early, chilly February morning. He distinguished himself from the other gubernatorial candidates in the 2013 race as someone who could crash the party lines, having worked with three Virginia governors, both Republican and Democratic, and sparked discussion and laughter from the crowd of political junkies.

I've been coordinating and writing about SWAC Breakfasts for 13 years, and this was one of the most fun breakfasts from those years. It was nice to have politics lighten up for a bit in the intense, caustic atmosphere currently permeating Virginia. Our thanks to Mr. Salahi for joining us. 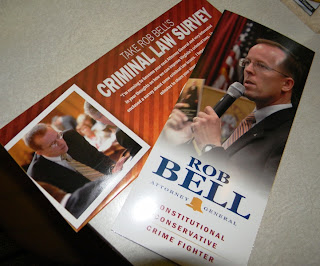 Delegate Rob Bell stopped by to talk with folks about his run for Attorney General. A young man on the move who is serious about what he does, he is more than qualified to serve as Virginia's Top Cop. He is knowledgeable in criminal law, and has been pro-active in pushing legislation to crack down on drunk driving and criminal sex offenders. His work on the Tebow Bill has been encouraging to the homeschool community as he works to open public school sports programs to athletically-minded homeschool students whose parents pay the same taxes as public school parents. 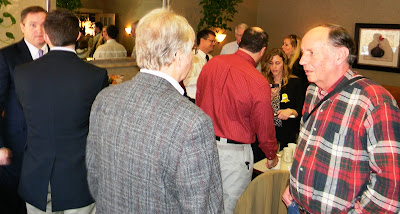 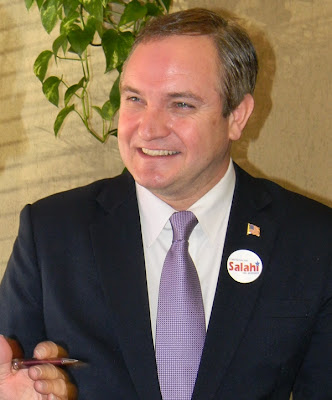 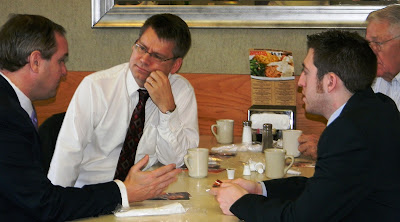 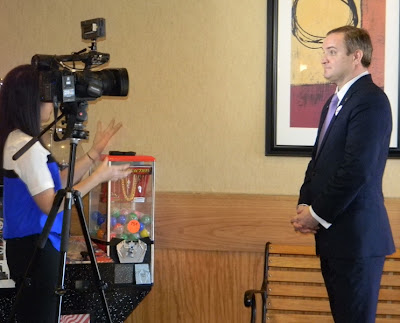 Mr. Salahi was interviewed after breakfast by Amy Vu at NBC-29. 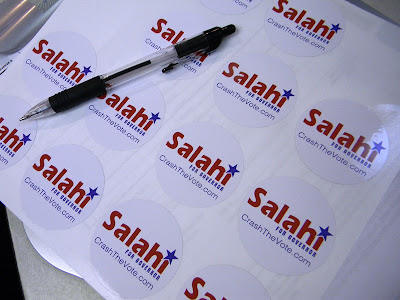 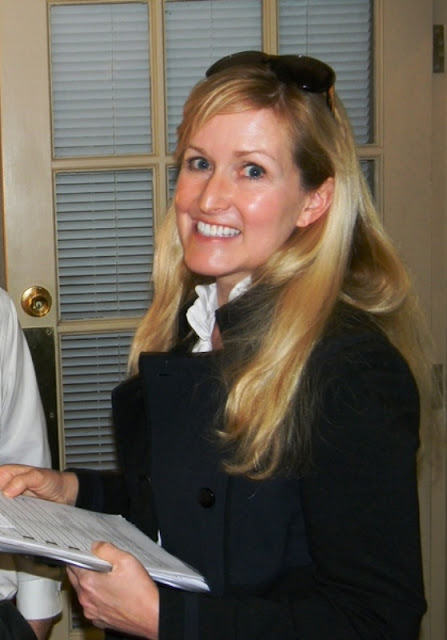 Andrea ... knowledgeable, personable, and interesting to talk with as she passed around petitions. Since Mr. Salahi is running as an Independent (Republican), he must collect 10,000 signatures statewide that include 400 from each of the eleven congressional districts. He decided he could not sign a required GOP pledge that requires all candidates to support the eventual nominee because he said he could not support Ken Cuccinelli.

The Atlantic Wire wrote, "Cuccinelli allies changed the nominating system from a primary to a closed convention ... which led to a more traditional candidate, Lt. Gov. Bill Bolling, to drop out of the race and flirt with an independent candidacy. In his press release, Salahi said Republicans 'are weary of the GOP's growing inability to produce a candidate with enough bipartisan appeal to win a general election' and that '[p]andering to extremist agendas is alienating voters.' " 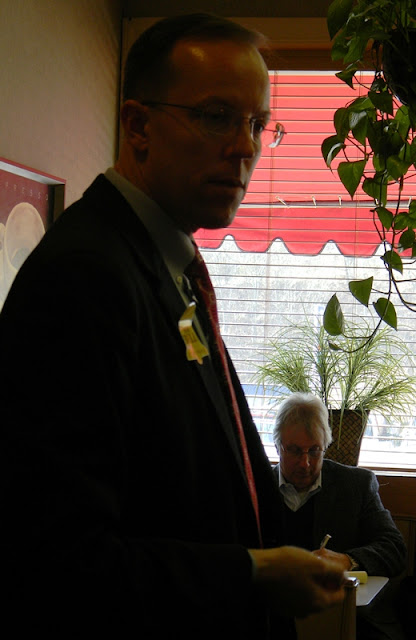 
A former state prosecutor for five years, Rob has patroned the Tebow Bill as well as photo ID bills. He was an honors graduate from the University of Virginia and the University of Virginia Law School. In the Virginia General Assembly, he has written laws that crack down on drunk driving and, as a result, was named MADD (Virginia Chapter) 2005 Outstanding Legislator. He has been instrumental in writing laws to ban criminal sex offenders from school property during school hours and to require additional background checks on school personnel.

In 2009 Rob received the Act, Honor, Hope award from the Virginia Sexual and Domestic Violence Action Alliance to recognize his work in the General Assembly. 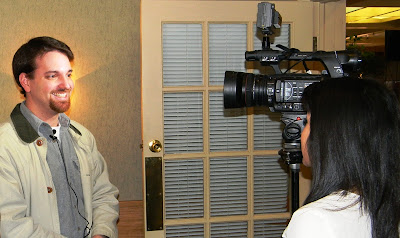 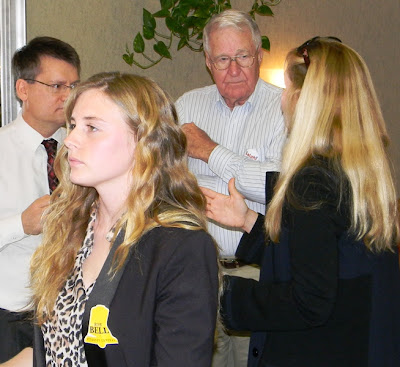 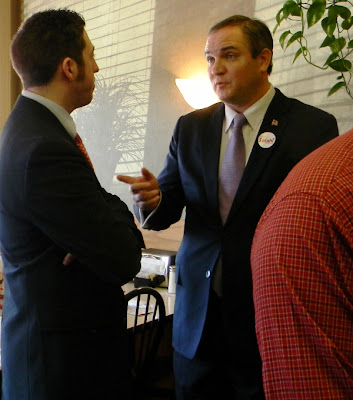 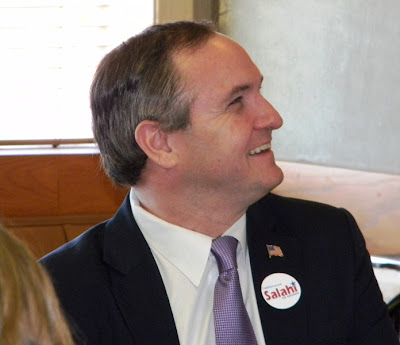 Salahi, a nationally recognized television personality, made news in 2008 as the "White House crasher" and is now the subject of a documentary about his run for Governor. 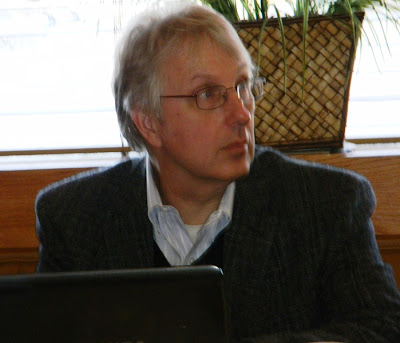 Thanks once again to Belinda and the good folks at the Staunton Shoney's for their hospitality.