Transportation: Thank you to the man in the arena 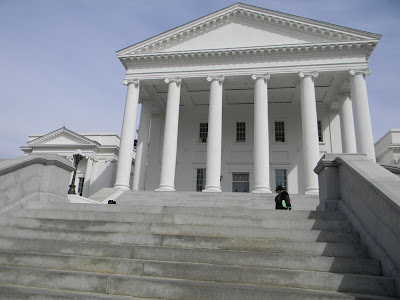 To Governor Bob McDonnell and those who made the tough decision for Virginia and transportation:


“The credit belongs to the man who is actually in the arena; whose face is marred by sweat and blood; who strives valiantly; who errs and comes short again and again because there is no effort without error and shortcoming; who knows the great enthusiasms, the great devotion, spends himself in a worthy cause; who at best knows in the end the triumph of high achievement; and who at worst, if he fails, at least fails while daring greatly, so that his place shall never be with those cold and timid souls who have never tasted victory or defeat.” --Theodore Roosevelt (American President, 1901-09)

The Republican elected representatives listed below worked with their Democratic colleagues to move Virginia into the future. Their willingness to work together provided the necessary funds to repair crumbling infrastructure and highways. The plan is not perfect ... few plans ever are ... but it's a start. We thank them.