Does anyone know what kind of bird this is? UPDATE: It's a Northern Flicker 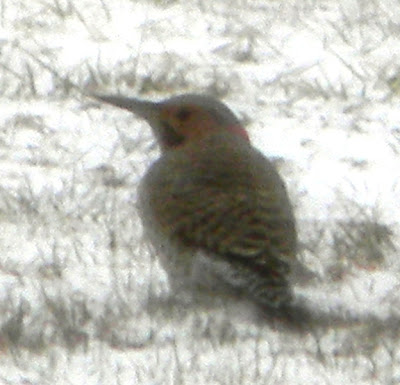 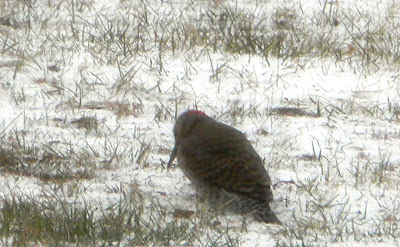 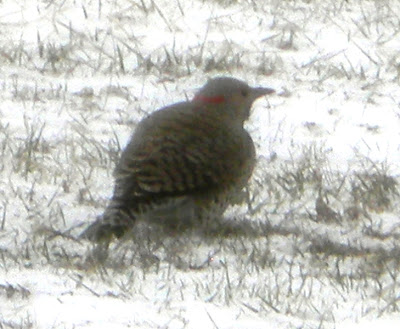 This bird was in my front yard this morning digging through the dusting of snow into the ground as if he had found something to eat. He pulled up grass and dirt and slung it and continued to dig. I took these photos through the window and screen so they aren't sharp. I'm not familiar with this particular bird in our group of winter birds who spend time in our yard during cold weather. Does anyone know what he is?

Update: Facebook friend SallyAnn Gowen identified it as a Northern Flicker: "Northern Flickers are large, brown woodpeckers with a gentle expression and handsome black-scalloped plumage. On walks, don’t be surprised if you scare one up from the ground. It’s not where you’d expect to find a woodpecker, but flickers eat mainly ants and beetles, digging for them with their unusual, slightly curved bill. When they fly you’ll see a flash of color in the wings – yellow if you’re in the East, red if you’re in the West – and a bright white flash on the rump." Facebook comes through again. Thanks, SallyAnn!