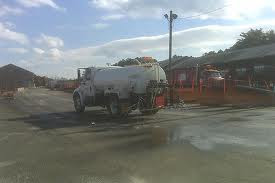 So I hit the Rt. 252 Bypass this afternoon, heading from my western Augusta County home to the grocery store. No, I wasn't going on a winter weather food run. I was cooking for a family who lost a loved one, and was missing a few items for my recipe.

As I hit the bypass, a VDOT truck came toward me putting down behind it "beet juice," the de-icing liquid used to help combat ice and snow on local roadways. The familiar three-stream track could be seen on the road as I made my way to Martin's and later as I headed back home. Those VDOT guys had been busy so here's a big thanks from my corner of Augusta County.


Friday, a storm tracking to our northwest will spread a light wintry mix of snow, sleet and freezing rain over the region. Some icy conditions look to impact the morning commute. The wintry mix could linger into the afternoon, for some locations, otherwise a light, cold rain. Temperatures will likely hold in the cold 30s and perhaps even some upper 20s during the day Friday. Late Friday night and into Saturday, another surge of moisture looks to overspread the region. At this time, rain and freezing rain look to continue across the region. So some additional icing on untreated and colder surfaces will be possible. Temperatures Friday night for some locations will hover around freezing, while other areas see temperatures several degrees above it. Milder temperatures make a return as we move through the weekend, with a dry and brighter day for Sunday.