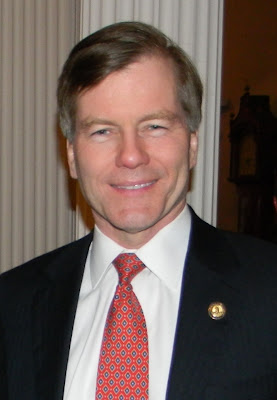 As soon as the Virginia House of Delegates passed HB 2313, the bi-partisan transportation bill, with a 60-40 vote, protests went out from no new taxes conservatives and libertarians. Their immediate cry was to drum the delegates who supported the bill out of office, all within minutes of the vote. At a time when many are suffering financially difficult times, reactions were swift and emotional.

The House and Senate came up with the 100-page compromise bill that was different from the version Governor Bob McDonnell originally submitted. However, the Governor along with Lieutenant Governor Bill Bolling supported the bill and urged its passage.

“I did not get everything I wanted in the final bill,” McDonnell said on the John Fredericks radio show on Friday, “but no one did…that’s called compromise.”

Bolling commented in a press release, "This is not a perfect plan ... no compromise is perfect and no one gets everything they want. ... This is a deal that generates real money for transportation and it will finally solve our long term transportation funding needs."

The Washington Post wrote that "the compromise forced Republicans to agree to higher taxes while requiring Democrats to change their opposition to diverting additional funds raised by sales taxes, known as the general fund, to roads."

Attorney General Ken Cuccinelli disagreed with the bill. Governor McDonnell told Fredericks he was disappointed that the AG was not on board, but not surprised.  " 'He only had a draft version of the bill and spreadsheets, but not the full language,' the governor said. McDonnell hinted that Cuccinelli’s ultimate view of the bill might evolve over time."

Thank goodness for the voices of reason within the GOP.

The Post noted that both sides of the aisle worked together to bring about a compromise that would be acceptable to most:


Del. S. Chris Jones (R-Suffolk), a chief architect of the compromise, thanked the governor for starting the process, and he thanked several Democrats, including Del. Vivian E. Watts of Fairfax, a former transportation secretary, for working out the nitty-gritty details. Jones urged members to vote for the bill, saying that any pact forces people on each side of a conflict to accept something they might not like but that both sides need.
...
The transportation package approved by the House was markedly different from the initiative initially pushed by McDonnell and sponsored by House Speaker William J. Howell (R-Stafford). But supporters credited the governor with setting the bill in motion and Howell for removing a key hurdle when he killed a surprise redistricting plan that Senate Republicans shoved through the evenly divided chamber when a Democratic senator was out of town.

The final version of the bill brought a protest from some conservative bloggers who signed an open letter condemning the bill even as a Republican governor tried to get some traction on an issue that had been overlooked for 30 years.

Not all conservative bloggers disagreed with the transportation bill and some are speaking up, pointing out the reasons Virginia needs to address an ever-growing problem. One blogger opined that the anti-tax crowd is killing the GOP.

Let me take this opportunity to thank Governor McDonnell for taking the heat and standing up for this bill. He and his staff have researched and know far more than many who are protesting it and, quite frankly, I voted for him to make the tough decisions. He did his job.

The Governor got a "bumper sticker" of a transportation plan, the retirees and working families in northern Virginia got a big tax increase.

It is an emotional issue, as I pointed out in the post ... definitely a "damned if you do and damned if you don't" scenario. In the end, McDonnell showed leadership on an hot potato issue that no one wanted to handle.