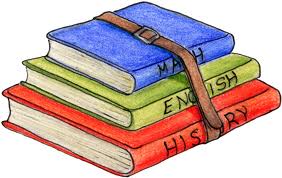 A new study reveals that homeschoolers are happier and healthier because they experience less sleep deprivation. Alpha Omega publications reported on the study:


If you’re concerned that your school day starts too late or that your teenager sleeps in too long, don’t despair. A new study shows that homeschoolers are happier, healthier, and perform better academically and socially because they get more sleep than their public and private school peers.

Led by Lisa Meltzer, a sleep psychologist at National Jewish Health, the study examined the sleep patterns of 2,612 teenagers, including nearly 500 homeschoolers. It found that homeschoolers sleep 90 minutes more per night and wake up an average of 18 minutes after the first bell sounds at high school.

According to the National Sleep Foundation, adolescents need between 8.5 and 9.25 hours of shut-eye each night to function best. Meltzer’s study found that over 55 percent of homeschool teens get the ideal amount of sleep each week, compared to just 24.5 percent of traditional school students. Only 16.3 percent of homeschoolers said they don’t get enough sleep.

The entire report can be found here but Alpha Omega concluded:


While homeschoolers typically have the flexibility to adjust their school day schedules to allow for extra a.m. snoozing, high schools are fielding protests that students aren’t alert enough for a 7:15 a.m. roll call.

“Academics, and the ability to learn, concentrate, and pay attention is all diminished when you haven’t had enough sleep,” Meltzer said. “But more than that, a lack of sleep can also impact a teenager’s mood.”

In the NSF’s 2006 “Sleep in America” poll, 73% of teenagers who reported feeling unhappy, sad, or depressed also reported not getting enough sleep at night and being excessively sleepy during the day. Sleep deprivation can even lead to aggressive or inappropriate behavior, such as yelling, impatience, irritability, and loss of temper.

Homeschool parents who didn't push their students to rise and shine at 7 a.m. appear to have been onto something. Seriously, it was one of the advantages of educating children at home ... the leisure of adjusting the school day to what worked for us. So for those who keep beating themselves up because they do not start the day at the crack of dawn, this report is vindication along with all the homeschool students who have succeeded.

-----
Lynn Mitchell educated her children at home for 16 years and was part of leadership in North Carolina's Iredell County Home Educators (ICHE) and Virginia's Parent Educators of Augusta County Homes (PEACH). Her son graduated from Harrisonburg's James Madison University (JMU) in 2007 with a BS in Computer Science and a minor in Creative Writing. Her daughter graduated from Staunton's Mary Baldwin College in 2012 with a BS in Sustainable Business and Marketing. Lynn and her husband live in Augusta County located in the beautiful Shenandoah Valley of Virginia. The story of how she began her homeschool journey can be found here.
Posted by Lynn R. Mitchell at 4/04/2013 08:50:00 AM