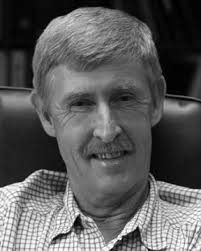 The Roanoke Times reported on the count:

With a campaign that hit the ground running and had the support of most Botetourt Constitutional elected officials and others, Austin -- who has been on the board of supervisors for 16 years -- ran a positive, results-driven campaign even in the face of negative tea party opposition and multiple opponents. While the tea party slammed him as a tax hiker, voters saw him as a local leader who had consistently looked out for what was best for the citizens he was representing.

Strong thunderstorms crossed the area throughout the 6-9:00 pm voting period but turnout was extremely heavy:


About 65 people were lined up waiting to vote when the polls opened at the Thaxton Community Center, one of the three polling places for tonight’s vote. By 7:30 p.m., 291 people had voted. A total of 281 people had voted at the center by the time polls closed.

Austin had someone else in mind for the delegate position when Putney announced his retirement but, when that candidate decided not to run and no one else could be found on such short notice, he stepped in to run and offer another choice for voters who have grown weary of polarizing, negative politics.  Austin is a businessman whose company installs airport landing lights.

When talking with the Roanoke Times, Austin was happy with his win:


"This is wonderful," Austin said, as he was congratulated outside Lord Botetourt High School among a small crowd of supporters. "I never expected this kind of turnout under these weather conditions and everything. It's just magnificent."

Austin attributed his win to more than a decade and a half on the Botetourt County Board of Supervisors and the "good friends" who supported his campaign.

"I've been on the board 16 years and, you know, tried to represent this county well," he said. "I think it's a reflection of that. I've got the trust and confidence of the people of Botetourt and I'm proud to say that."

Austin will run against the Democratic opponent in November.