BREAKING: Michele Bachmann will not seek reelection to Congress 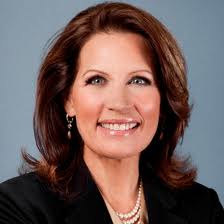 Minnesota Congresswoman Michele Bachmann surprised many with a YouTube announcement Wednesday morning stating that she will not seek reelection to Congress in 2014 after serving four terms representing the 6th District, and after last year's brief run for President of the United States.

Emphasizing that she will remain a staunch conservative for the remainder of her term and beyond, she expressed a concern for the country but said she strongly felt term limits should apply for all, and that her eight years had been long enough. She also noted that the mainstream media would probably put a detrimental spin on her decision but that she would take that as a badge of honor for her conservative service to the citizens of her District.
Posted by Lynn R. Mitchell at 5/29/2013 07:13:00 AM