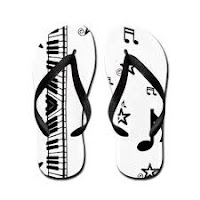 This weekend the Staunton News Leader's editorial implored the Republican Party of Virginia to rethink their inevitable gubernatorial nomination in less than two weeks and put Bill Bolling on the ballot, and included a parody titled, "Won't You Come Home, Bill Bolling?" sung to the tune of "Won't You Come Home, Bill Bailey?" Of course, anyone with an ounce of political knowledge knows that won't happen.