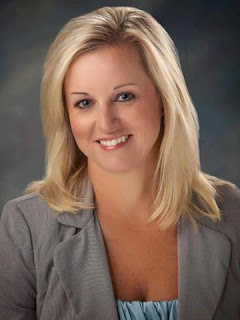 Less than three weeks after announcing her candidacy and five days before the Fire House Primary to choose the Republican nominee, Rockingham County resident Connie Hess sent a press release on Friday saying she was withdrawing from the race.

While seeking the Republican nomination for District 3 of the Rockingham County Board of Supervisors for the seat being vacated by a retiring Dee Floyd, Ms. Hess had expressed a vision for Rockingham, hoping to promote entrepreneurship and sustainability without compromising the integrity of the Shenandoah Valley.

In withdrawing, she  noted that she could not "condone the party's drift toward an extremist, evangelical movement made evident by the nomination of E.W. Jackson for Lieutenant Governor."

Her press release in full:


With thorough reflection, I have decided I will not seek the Republican nomination for the Rockingham County Board of Supervisors, District 3 vacancy.

After last weekend's Republican convention, I have carefully considered my own personal beliefs and values, and while I am committed to both fiscal and family conservatism, I simply cannot condone the party's drift toward an extremist, evangelical movement made evident by the nomination of E.W. Jackson for Lieutenant Governor.

The display of intolerance projected since last week's convention is not something I can be complicit to; in fact, it represents everything I have raised my daughter not to be. Our government is founded, and laws constructed, upon the Judeo-Christian ethic and the Constitution promotes tolerance and protection for people of all backgrounds, not an insatiable persecution of the dissimilar in the name of Christianity.

We have serious problems and are in need of leaders who are willing to provide viable solutions. Instead of obsessing over select personal choices and lifestyles, we need to focus on fiscal responsibility, job creation and the promotion of economic development opportunities. Over the next few weeks I intend to evaluate my options and compose a plan to properly promote the local Republican Party which is less focused on negativity and more responsive to and representative of all in our community."

Born and raised in Rockingham County, Ms. Hess, 43, is co-owner of Valley Engineering in Harrisonburg, and is married to C.M. Hess who ran as an independent for sheriff in a three-way race in 2011.

The Republican Firehouse Primary is scheduled for Wednesday, May 29, from 4-8 p.m. Two other candidates remain in the race.


While a career in public administration and service was my first choice, job opportunities directed me towards the private sector and business. I began my career as the manager of a small retail store before joining Time Warner Cable in 1992 as a Lead Customer Service Representative. During my six years with the company, I proved my value and rose to the position of Office Manager. I was named Employee of the Year 1995. During this time I was responsible for human resources, operations, budgeting, customer service, and two complete computer system migrations.

In 1997, I decided to pursue a career in financial planning with American Express Financial Advisors (now Ameriprise). I obtained my Series 7 and 66 licensure as well as a life and health distinction and enjoyed helping clients plan their financial futures. In late 1999, I was approached by two local business owners that were in the process of expanding a small engineering firm through the acquisition of a local, and much larger, multi-discipline design firm. I was recruited for the position of General Manager to assist in the final negotiations of the acquisition and to oversee all business related operations and functions of the company.

In January 2000 I joined the firm of Valley Engineering, PLC. What began as a great opportunity turned into the challenge of a lifetime. In 2006, through negotiations and hard work, one of the original partners was bought out of the company and I became an owner/partner in Valley Engineering.

During the 13 years under my leadership, Valley Engineering has grown its staffing over 300%, increased gross billings and overall profitability on a per employee basis, and continued to diversify and expand its regional presence, even through the economic fallout of the financial market collapse. In 2005, I assisted in negotiating an acquisition/expansion which established the Building Systems Department within Valley Engineering. This expansion of services added Mechanical, Electrical, and Plumbing Engineering to the previously offered Civil and Structural Engineering, Surveying, and Land Planning, allowing the company to solidify its presence in the field of healthcare design. This expansion of services has allowed the development of mutually beneficial relationships with local, regional, national, and international design firms servicing both public and private healthcare providers in over 41 facilities across Virginia and West Virginia. This proactive expansion into the healthcare market was the result of internal market analysis and strategic planning, not a reaction. It was that approach which allowed Valley Engineering to sustain and grow slightly even during an economic downturn that saw many small businesses, especially in the construction industry, close their doors.