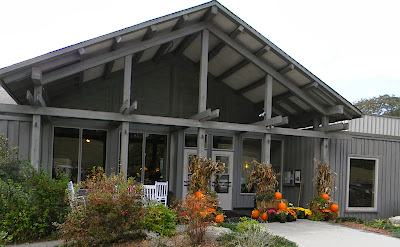 The government shutdown has shuttered Peaks of Otter, that historic lodge and restaurant that reopened this year after being closed the past two years. Even though it is run by a private enterprise, the government has forced its closing until a budget is passed by Congress.

Take a drive south on the Blue Ridge Parkway and you will see shuttered gift shops, restaurants, and campgrounds because no vendors can be found to run these concessions. Imagine running a business that the government can arbitrarily shut down at a time of year that brings in more than 25% of income.

Last week, as SWAC Husband and I meandered down the Blue Ridge Parkway toward North Carolina, we stopped at Peaks of Otter for lunch. I had been excited at its reopening this year and even tried to book a room -- albeit on short notice -- for our trip but they were full. That was a good sign.

The restaurant at mid-day last Thursday was busy with every window table occupied. The host, a gentleman about retirement age, greeted us and led the way to a table directly in front of the floor-to-ceiling windows overlooking Abbott Lake and Sharp Top. I joked with him, asking how he knew we wanted to sit in front of the window. He chuckled and said sometimes there aren't enough windows for all the requests to be at those prime tables.

The manager, a friendly middle-aged lady, welcomed us and made sure we were comfortable, then took our drink orders. A few minutes later a smiling young waitress, probably twenty-something, arrived to take our orders. We enjoyed a twenty-dollar lunch with a million-dollar view as we watched guests strolling the pathway that circles the lake.

A lady arrived alone and was seated at the table beside us. From nearby Bedford, she said she had been busy working at home that morning but decided to drop everything and head to the Peaks for lunch. Maybe she was listening to the news ... maybe she needed a taste of mountain air ... but I'm glad she did it last week because if she felt like an impromptu lunch today, she would be out of luck.

After lunch, we explored the lodge, saying hello to the friendly staff and taking photos of the rustic interior with beautiful views. A friendly young lady worked the gift shop. Inside the visitor center, an outgoing gentleman boomed out a welcome and offered directions to various hikes and the bus trip to Sharp Top. Next door in the country store, stocked with camping and hiking necessities, another man about retirement age greeted us with a friendly smile, offering information and bus tickets for the ride to the top of Sharp Top. Running every hour on the hour for those with young children or mobility issues, the bus offered an alternative for those who could not make the trek up the steep trail. We took a short leg-stretcher, not having time to hit the summit either by bus or legs, and then hit the Parkway south as we continued on our trip.

Today while listening to news of the government shutdown, I thought about all those workers we encountered last week. They are out of work at one of the busiest times of year for leaf-looking country. It's sad to think that the lodge, restaurant, and all facilities are closed to the public because of the debacle in D.C.

Reporter Eleanor Kennedy with the Lynchburg News and Advance talked with folks at Peaks of Otter:


General Manager Robert Peters said most of the lodge’s 72 employees were gone by noon on Tuesday, with more set to depart at 5 p.m. when the front desk officially closed. About half of those employees, like front desk supervisor Debbie Smith, worked for the lodge under its previous operator and were rehired when Delaware North Companies Parks & Resorts took over and reopened the attraction in July.

“I’ve been through a lot with the Peaks of Otter,” said Smith, who started as a housekeeper there more than 25 years ago.

A handful of staff members remained Tuesday to keep the place going, including Peters, Smith and a few housekeepers and maintenance staffers. But today, Peters said, the lodge will be maintained by Peters and one other person.

Tuesday’s closure came only days after the lodge’s grand opening celebration last Friday and at the start of its biggest moneymaking season, when autumn foliage draws many to the Parkway each year.

Peters said the 63-room attraction was expected to be at about 50 percent capacity Tuesday night, 75 percent today and Thursday and completely booked through the weekend.
...
During that time, Peters said, the lodge likely will lose between $5,000-$10,000 on weekdays and $20,000-$30,000 thousand over the weekends.

“It’s adding up quickly,” he said. “This is the money that’s coming in that pays the bills for the rest of the year.”

A guest preparing to leave the lodge made a comment that is true across the board for those affected by this shutdown:


“The people here have been absolutely fantastic,” said Loudene Riggs, a member of the North Carolina contingent who’s been coming up to the Peaks with her husband since the 1960s.

“They have been handed a really rough deal.”

Here are more photos from Thursday, September 26, 2013, as we enjoyed some time at Peaks of Otter: 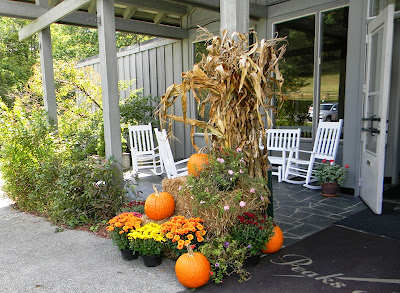 A welcoming fall entrance to the Peaks of Otter. 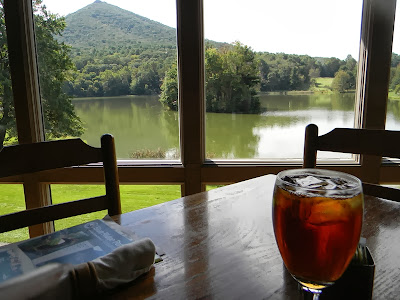 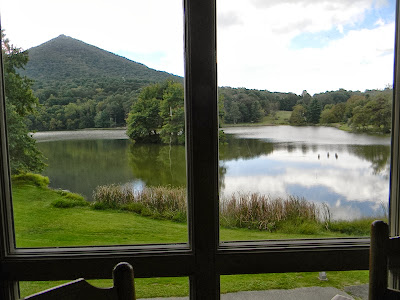 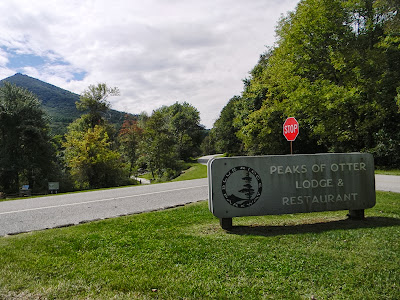 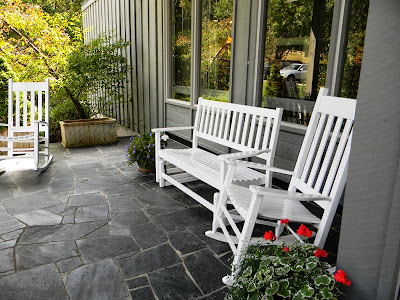 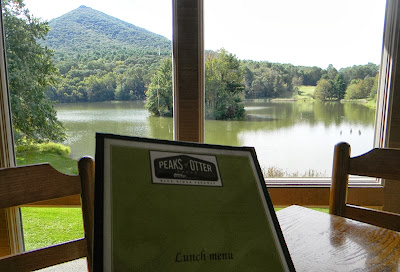 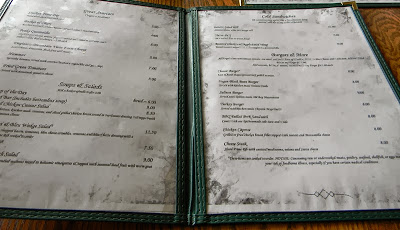 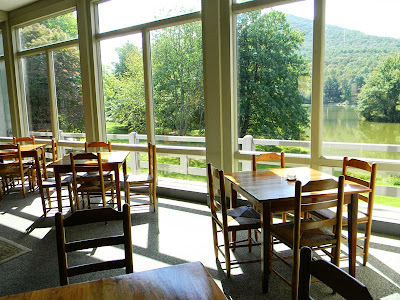 The lounge area of the main lodge. 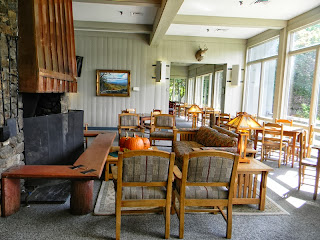 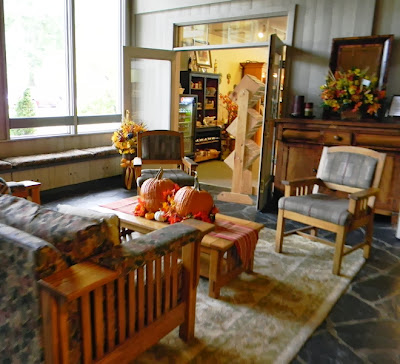 Available from the gift shop.... 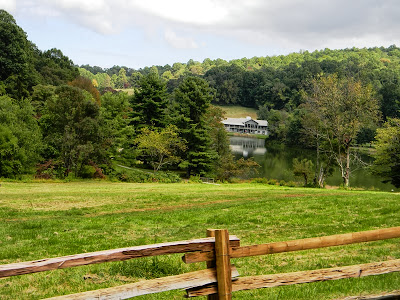 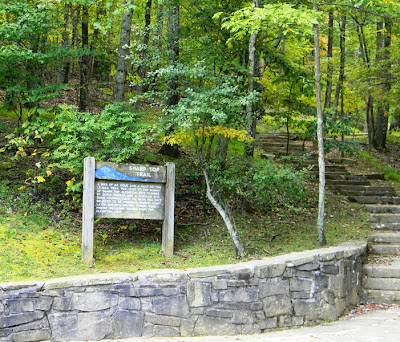 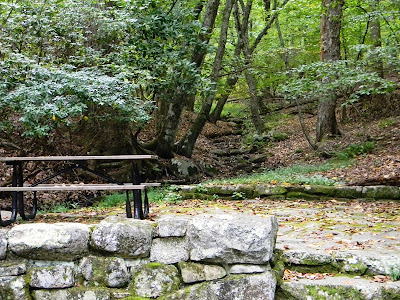 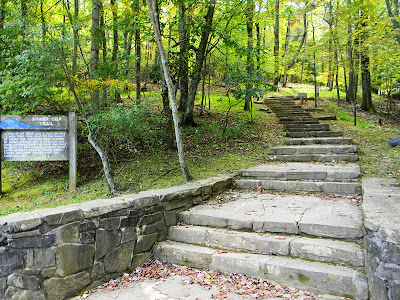 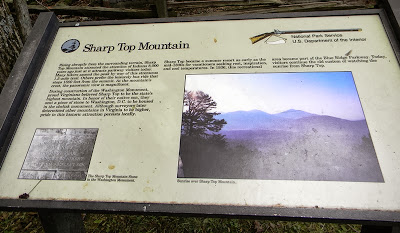 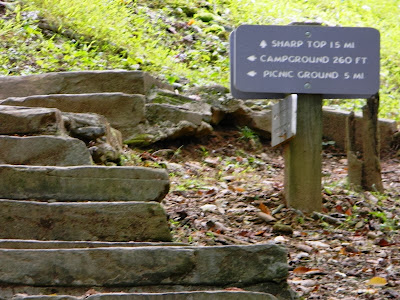 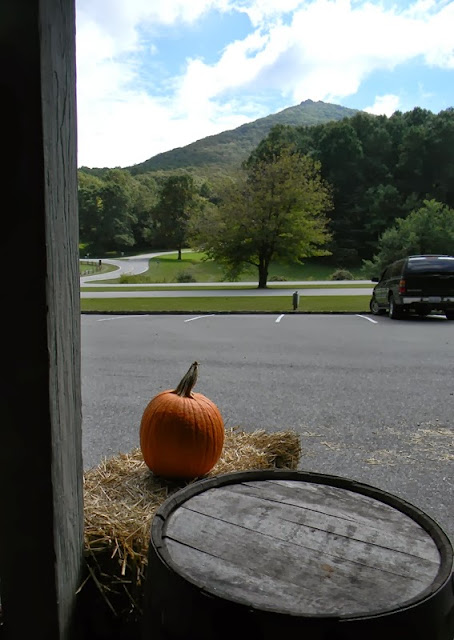 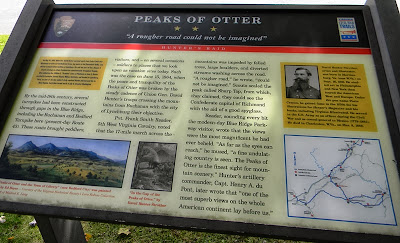 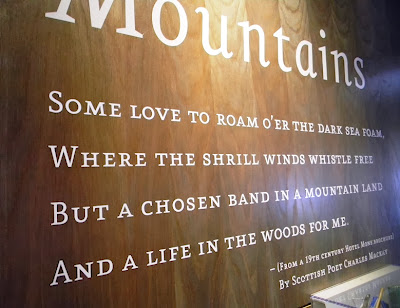 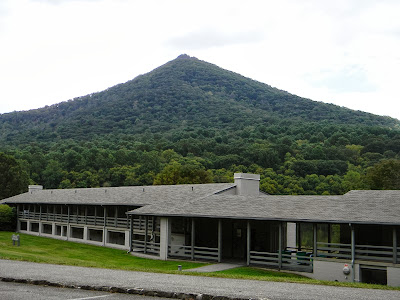