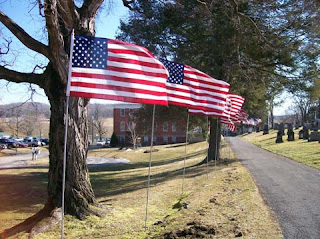 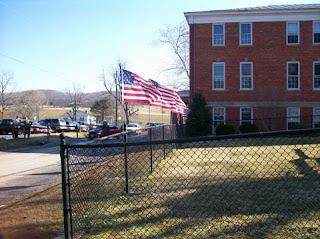 Forty-five minutes before the 11:00 service was to begin, cars were backed up on Rt. 252 waiting to turn into the parking area; others parked along the road. The standing-room only crowd included 50 high school students, the Wilson High School Marching Band, friends, family, community leaders, active military, Marine League, military veterans, and law enforcement officers. 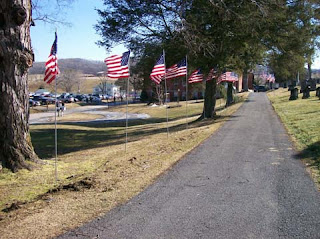 The Augusta County Republicans, after asking permission of the family, had arrived early to put up dozens of American flags to honor Daniel and his family. 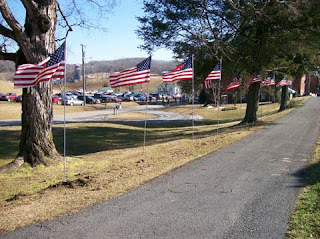 When the service ended, eight Marines carried the casket from the church followed by Reverend Christopher Crotwell, the family, and all those in attendance. Standing guard outside were a dozen members of the Patriot Guard Riders, each holding an American flag, each standing solemnly to honor a young Marine and fellow American. 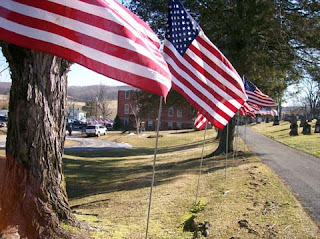 A bagpipe played the Marine Corps Hymn and "Amazing Grace" as mourners slowly followed the flag-draped casket out the door and along the drive to the adjoining cemetery, gathering at the top of the hill at the final resting place for Daniel. 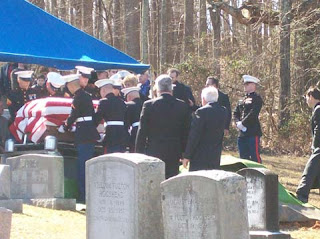 As a gusty breeze blew through the trees on an unusually mild February afternoon, the graveside service included Taps, a 21-gun salute, and the presentation of the Purple Heart to the family. Fifteen Marines and a Navy bugler carried out the final details of the ceremony.

How does one thank a family for such a supreme sacrifice? What words can be said ... what actions can be taken? How can we honor a young man who was willing to lay down his life for us ... for me ... for my children? Many emotions play out ... many tears are shed.

I did not know Daniel ... but he was the age of my youngest child. He was a fellow Marine to 21-year-old Nate Salatin, the young man from Augusta County who is currently serving in Iraq who is special in my life. To decide at such a young age to serve one's country shows a maturity way beyond that of many others their age.

I posted a photo of a whiteboard with the comment: "America is not at war. The Marine Corps is at war. America is at the mall." While other 19-year-olds (and all the rest of us) are hanging out at the mall or spending our days playing video games or other numerous activities, our volunteer military is out there protecting us, standing guard over us, giving us the freedom to live life as if we are not at war.

But we are at war. This is a stark reminder ... in the middle of our video games and mall shopping. Our lives will go on ... but this family's life will now stand still in time....

We must never forget those who have paid the ultimate sacrifice.

The very least we can do is support our Armed Forces and their mission and our country ... and our President. Being a Monday-morning quarterback is always easy; being a leader is not. And leadership includes keeping the people of America safe from terrorists who want to kill us.

Daniel was part of that war on terrorism. He knew when he joined the Corps he could be sent to Iraq. That is bravery. At his young age he wanted to go so that a husband or father wouldn't have to go ... he was ready to serve. And he was ready to die.

God bless Daniel Morris and his family. We thank them for their sacrifice for our freedom.

Kilo at Spark It Up!!! wrote Laid To Rest. He offered supportive, encouraging remarks about the SWAC bloggers and our support of the military and the war. Thank you, Kilo, from all of us for your kind words. 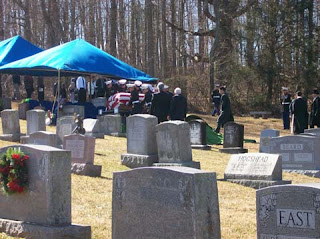 Day is done, gone the sun,
From the hills, from the lake, from the skies.
All is well, safely rest,
God is nigh.
"Taps"

Of course, someone over at Zenbeatnik.blogspot.com decides to bark up against Bush and the government over this loss and take political advantage, using him as a pawn....SAD.

The thing is, Zen wasn't the one that even brought up politics, at least that was good - but then he blew it by agreeing with the poster.