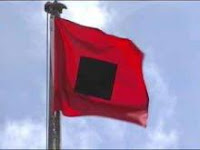 Update 9:24 pm: The Weather Channel is reporting that 75% of Richmond residences are without power.

Update 6:25 pm: Direct TV satellite is carrying WAVY-TV from Norfolk, Va, on Channel 259. It is carrying continuous storm coverage from the beach area.

Update 6:15 pm: Irene is pounding the coastal areas of Virginia. Updates from PilotOnline.com.

Update 6:00 pm: NORTHERN NECK news from a friend: "IRENE---NORTHERN NECK UPDATE---83 mph winds. Complete white out due to heavy rain and winds. First responders are back in quarters; too dangerous to be on roads or outside at all. Multiple road closings. Storm surge is beginning to build. Trees and power lines down everywhere, including inland. Flash flooding on the way."

Update 5:50 pm: From Gov. McDonnell: "For folks without power, please continue to stay inside and off roads. 5pm update - Irene near Elizabeth City, NC. Winds 80 mph. High impact next few hours in Central and Eastern Virginia."

Shenandoah Valley update 5:34 pm:  The winds have increased dramatically in the past thirty minutes and the sky looking east toward Richmond is black. I can smell the ocean. Temperature has dropped to 67 degrees with driving rain. More weather from NBC-29.

Update 5:30 pm: Gov. Bob McDonnell will be on MSNBC at 6:00 pm and on CNN at 6:15 pm to update about how Hurricane Irene is affecting Virginia.

Update 5:00 pm: From AccuWeather.com: "A million people without power, multiple towns and cities taking on water in the lower mid-Atlantic at this hour and its heading north..."

Update 3:50 pm: Conditions in the Richmond area are deteriorating as Irene approaches the coastal communities. Reports from Bon Air and Midlothian are that tere are multiple downed trees and spotty electrical outages. Traffic lights on Huguenot Road from Chippenham to Robious Road are out, and the Nickel Bridge over the James River (the Boulevard) is closed.

Update 3:30 pm: Video from Virginia Beach as the storm approaches

Update 3:14 pm: WTVR CBS-6 is reporting: "All lanes are closed on I-85 south at the I-95 interchange (mile marker 51) due to multiple downed trees. Drivers are encouraged to use Route 1 south--enter at Washington Street (exit 52) from I-95 south."

Update 2:52 pm: Reports that a tree falling on an apartment building in Virginia Beach area has killed an 11-year-old boy.

Update 2:50 pm: NORTHERN NECK Irene update from a high school classmate: "Power out. Trees down. One fatality so far when a tree fell on a moving car and killed the driver and injured passenger. Internet is out; using Verizon. Satellite comes and goes. Roof tiles ripping off at marina. 60++ winds right now." Also: "The Robert Morris Bridge (which crosses the Rappahannock River from Deltaville to White Stone) is now CLOSED per VDOT announcement @ 1500 hours."

Update 12:15 pm: Virginia Gov. Bob McDonnell called into Fox News to update on the storm. The worst of the storm is still to come; 150,000 are without power so far and many more are expected to lose power before it's over in this dangerous storm. Stay inside.

All tunnels in Hampton Roads are closed. Evacuation has taken place in Southeastern Virginia where the brunt of the storm is expected to hit with extensive flooding, 6-12 inches of rain, and 3-6 foot storm surge. Windsor, VA, located 50 miles inland, has already received 3-6" of rain. Hurricane force winds will cause downed trees and limbs.

Eight years ago during Isabel, 75% of Virginia was without electrical power so that is expected to become a major issue as Irene passes through the area. One million Virginians live in southeastern Virginia-Hampton Roads-Virginia Beach area. The Governor noted that people have done a great job complying with evacuations and preparations for the storm. He urged extreme caution, watch for standing water an trees on roadways, to stay tuned to TV and radio for updates, and to be a good neighbor. National Guard and State Police are on duty and in place. Go to www.vaemergency.gov for information.

Update 11:45 am: Virginia Gov. Bob McDonnell will call in live to FOX News at 12:00 noon and to WAVY (Hampton Roads) at 12:15 to provide further updates on Hurricane Irene.

Conditions in Shenandoah Valley at 11:30 am:  Very blustery with light to heavy rain as bands from Hurricane Irene pass through the area.

Charlotte Observer: One dead, many without power, New Bern hit hard by Irene

Shenandoah Valley weather forecast from NBC-29:
Hurricane Irene will affect the region through early Sunday as it tracks north along the mid Atlantic coast. For central Virginia, this will mean strong, gusty winds and moderate rain, while there will be less wind and rain in the valley. The storm will continue to move north northeast and away from the area Sunday afternoon. High pressure will be slow to build over the region early in the upcoming week.

Closings and cancellations in the Virginia Beach area

Drowning:
A young man has lost his life in the rough pre-storm waters off Virginia Beach

Shenandoah Valley weather:
Check WHSV TV-3 out of Harrisonburg and NBC-29 out of Charlottesville for the latest weather conditions. The Valley is expecting minimal impact from the storm.

Lynn- Nicely done. I checked this site frequently during the storm, and I appreciate your good work.

Thanks, Ken, for the kind words. Being safely out of harm's way, it was something I wanted to do. Hope everyone is safe and sound and that your house made it through the storm in one piece.