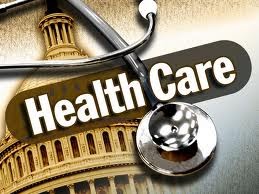 Everyone saw it coming.

When the 2014 session of the Virginia General Assembly convened Jan. 8, everyone knew that the key debate would be over Medicaid expansion or coverage expansion, as proponents now prefer to call it.

Unfortunately, although everyone saw it coming, no one was able to avoid what everyone feared — another impasse that leaves the state without a budget agreement at the close of the annual legislative session.

At this point, there are two questions that matter: (1) Why did this impasse occur, and (2) What can be done to forge a compromise between the governor and the state Senate, who favor expansion, and the House of Delegates, which opposes expansion?

While it is easy to try and blame one party or another for the impasse, the reality is that this is a difficult issue to resolve because no one is necessarily right or wrong in the positions they have taken.

When Gov. McAuliffe and Senate leaders say they believe the business case for expansion has been made, they are right.

Over the next 10 years, Virginia families and businesses will pay about $26 billion in higher taxes and fees to finance the Affordable Care Act. Literally, the only way that we can get a portion of this money returned to Virginia is through the expansion of Medicaid. That is a compelling argument for expansion.

In addition, some studies have estimated that a full Medicaid expansion could provide as many as 400,000 Virginians, most of whom are working full-time, with health insurance and access to health care, coverage they do not currently have. That is a noble goal.

And, if the federal government decides that it cannot afford to continue paying its share of the cost of Medicaid expansion, it could pass a larger portion of these costs on to state governments. Should this happen, it would be very difficult for the commonwealth to continue to pay for the cost of Medicaid expansion and continue to fund its other important priorities at the same time.

These are also legitimate concerns.

While it is tempting to criticize both sides for the impasse that has occurred to date, in reality both sides have set forth positions that are eminently justifiable. No one is necessarily right or wrong in the positions they have taken, and their respective positions should be respected and considered.

So, the question becomes: Where do we go from here? Two options remain.

First, the parties can continue to stand firm on their respective positions and refuse to negotiate or compromise. This is the wrong course and it will ultimately prolong the impasse and bring us closer to the possibility of a government shutdown.

While this type of high-stakes political brinksmanship may excite the most ideologically driven voices in both parties, it would clearly not be in the best interests of the commonwealth. Now is the time for the voices of reason to rise above the voices of unreason.

The second course is more preferable, but it will require the parties to recognize the legitimacy of the positions taken by their adversaries and try to find common ground — common ground that would enable us to reach an agreement on the issue of Medicaid expansion and pass a budget that addresses the other important priorities of state government.

Having spent 18 years in state government, I am confident that there is a way to resolve this dispute that enables us to move forward with some form of coverage expansion under acceptable terms and conditions that recognizes legitimate concerns regarding affordability and the need for continuing Medicaid reforms.

Those who know anything about the successful operation of government know that compromise is an indispensible part of a working democracy. With it, differences can be respected and bridged. Without it, ideology trumps practicality and government simply does not work.

The question is, are our elected officials willing to provide the leadership that is necessary to forge such a compromise against a political backdrop that too often considers compromise a sign of political weakness?

Or put differently, are our elected officials willing to elevate policy above politics, and keep their focus on the next generation, as opposed to the next election? The people of Virginia are watching closely to see which course they choose.

Bill Bolling is chairman of the Virginia Mainstream Project, a political action committee dedicated to promoting a mainstream approach to government and politics in Virginia. He is the former lieutenant governor of Virginia and a former member of the Virginia state Senate. Contact him at www.billbolling.com.
Posted by Lynn R. Mitchell at 3/17/2014 09:00:00 AM