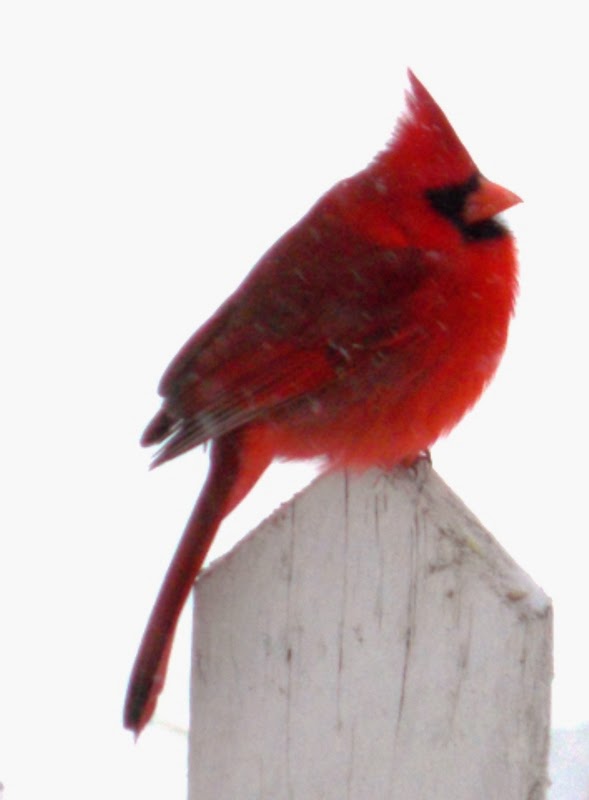 After icy conditions overnight and all day of snow on Monday, I took some pictures around the yard of the latest wintry conditions. Though predicted to receive a foot or more of snow, we only had about 5-6 inches of the beautiful white stuff. 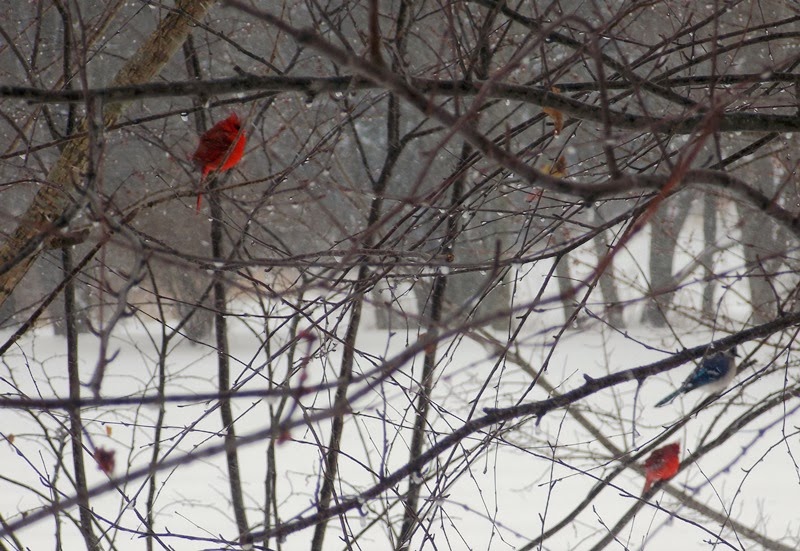 These are the birds in the back yard at the feeder as it continued to snow. They are always a joy to watch during inclement weather. 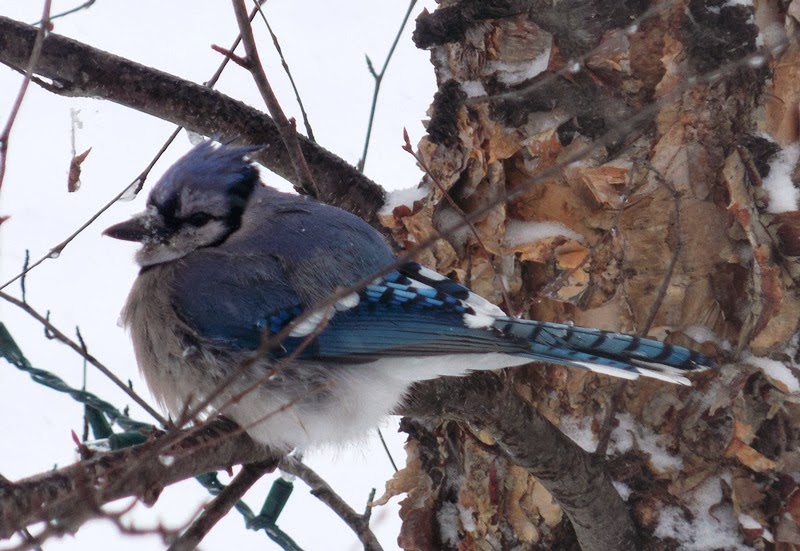 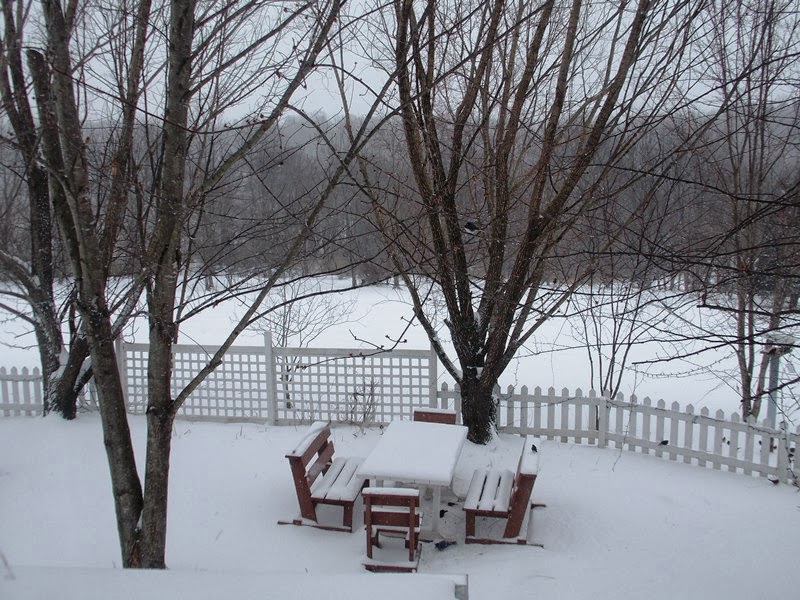 It was a fine snow so it didn't stick to tree limbs. Of course, they were already encased with ice before the snow began. The high temperature of 61 degrees on Sunday started dropping when the rain began at 1:30 until it was 38 degrees at midnight. By Monday morning it was 26 degrees and continued to drop during the day into the teens. By night fall, it was 10 with an expected low in the single digits. How low will it go? Perhaps in minus digits? 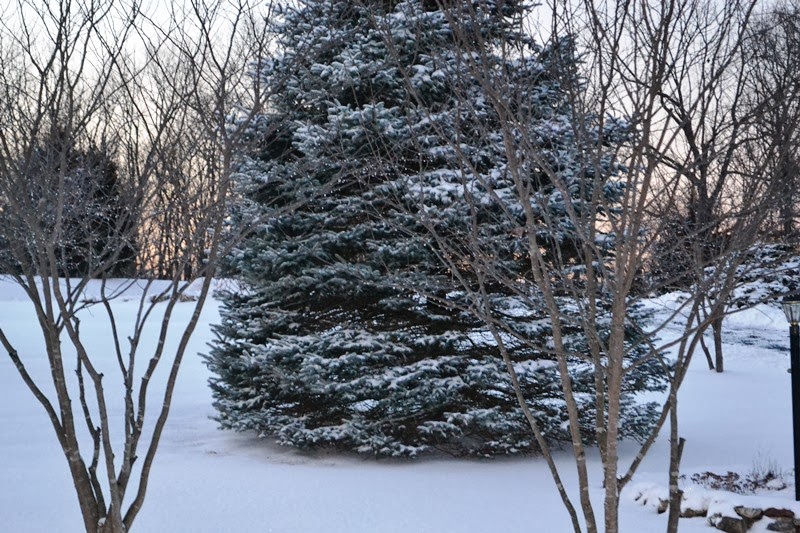 Ice followed by snow followed by zero-degree temps will be very slippery roads on Tuesday. All local school systems were closed today and have already announced they will be closed tomorrow. 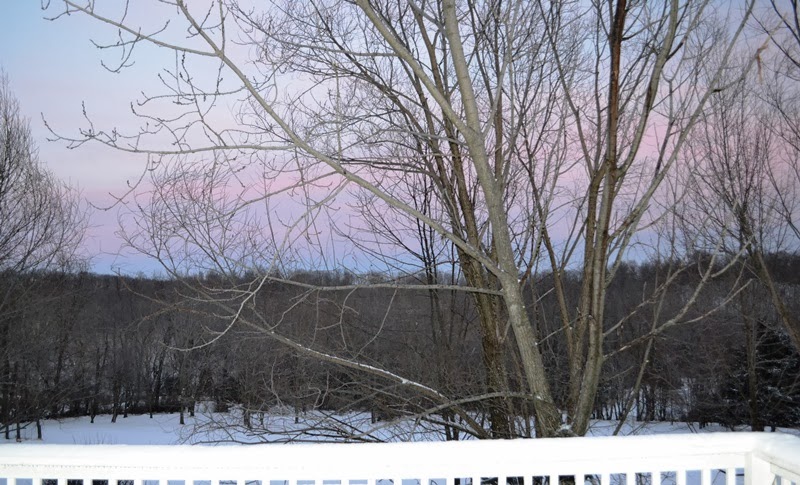 After the snow stopped, there were cotton candy clouds in the sky as the sun set in the west. This is looking at the sky behind the house which is looking east. 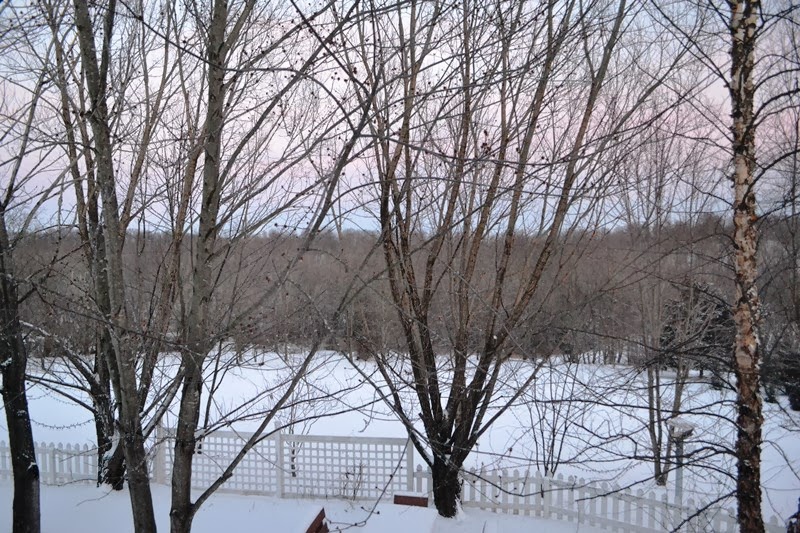 This may be the last snow of the winter of 2013-14 so I'm enjoying it before the snow melts. Spring arrives -- on the calendar -- on March 20 but the Shenandoah Valley's safe frost date is May 15 so we've got a bit of cold weather left before spring.