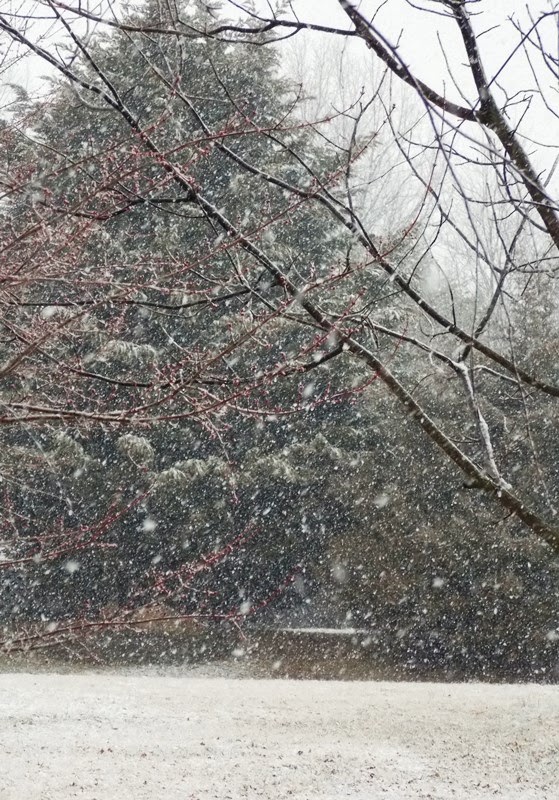 The latest winter storm of 2014 began Sunday afternoon shortly after 2:00 as rain mixed with snow began to fall. The temperature that had reached a daytime high of 43 dropped to 41 by the time the rain began. As temps continued to drop, the heavy snow picked up so that by 4:00 it was sticking to the ground, trees, decks, and cars. 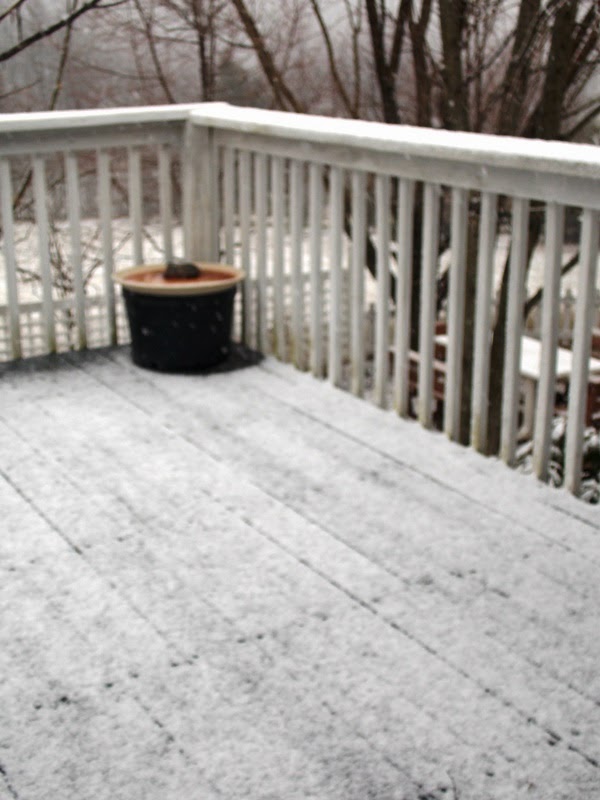 By 5:00 the thermometer had dripped below freezing as heavy snow continued. 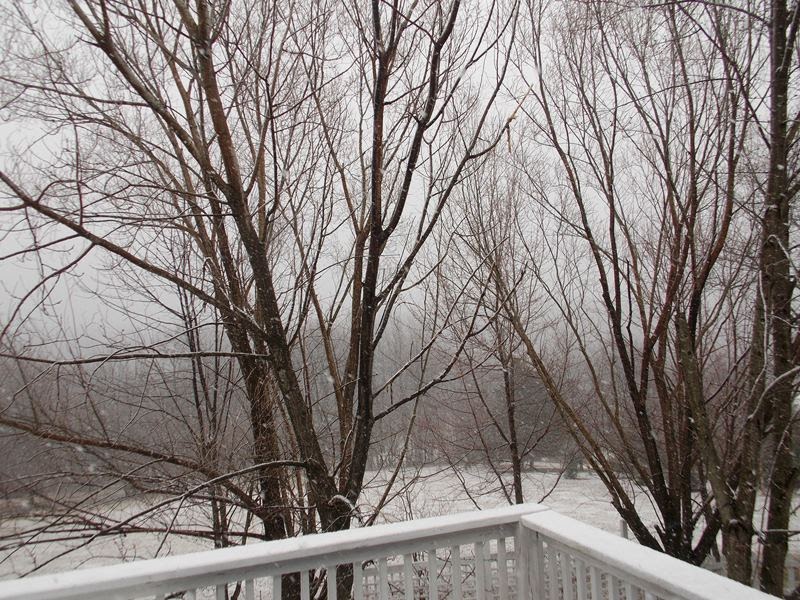 Weather forecasters had predicted anywhere from 5-10 inches of snow overnight into Monday morning. 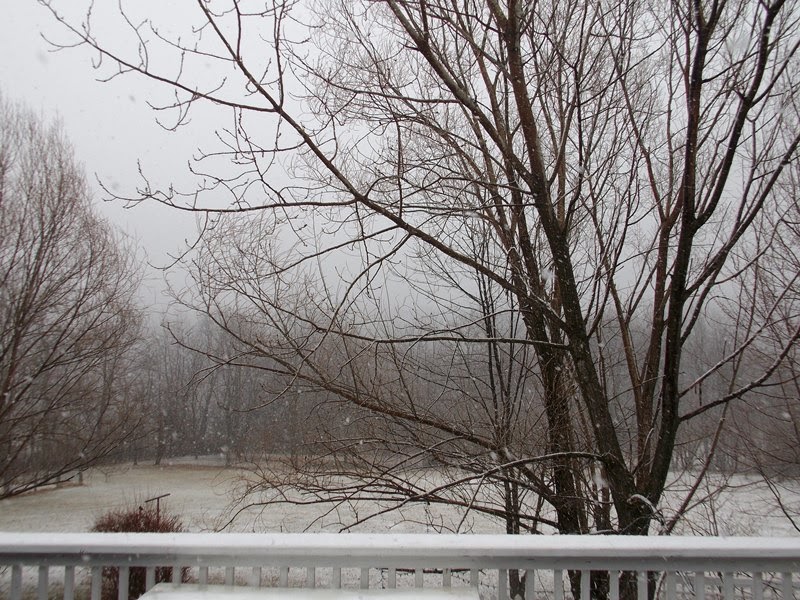 Meanwhile, there's a winter wonderland in the central Shenandoah Valley. 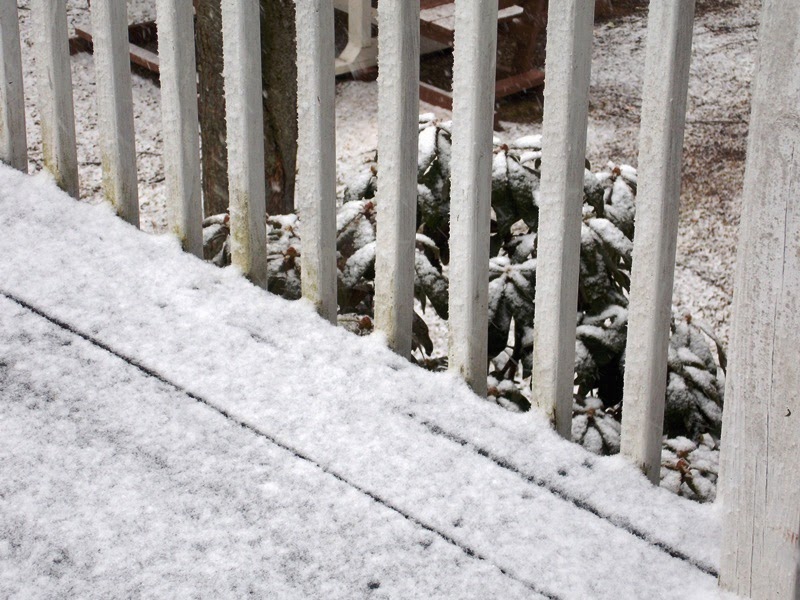 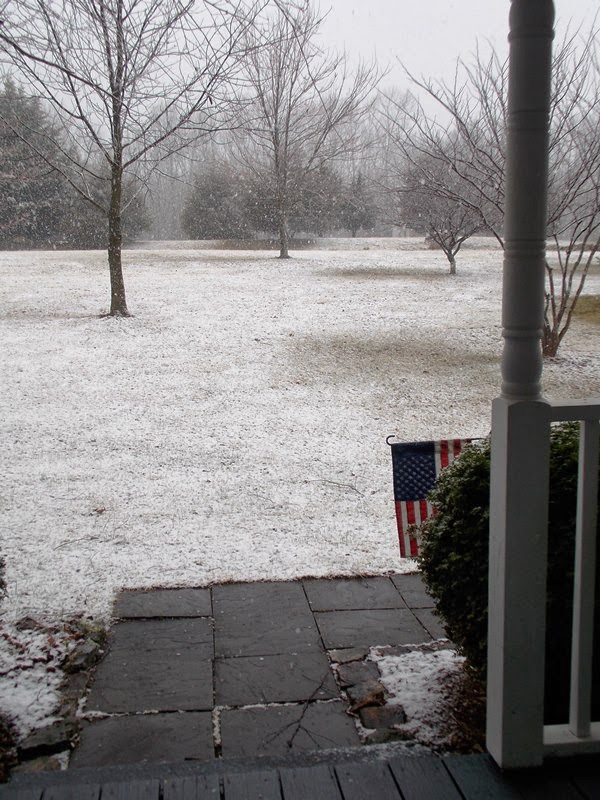 It's not sticking yet to sidewalks and roadways but at this rate it will eventually do so. Meanwhile, check any of these for updated forecasts: NBC-29, WHSV TV-3, WxRisk. It may be our last snowstorm of the winter of 2014 so let it snow!

AND 30 MINUTES AFTER THE ABOVE PHOTOS WERE TAKEN.... 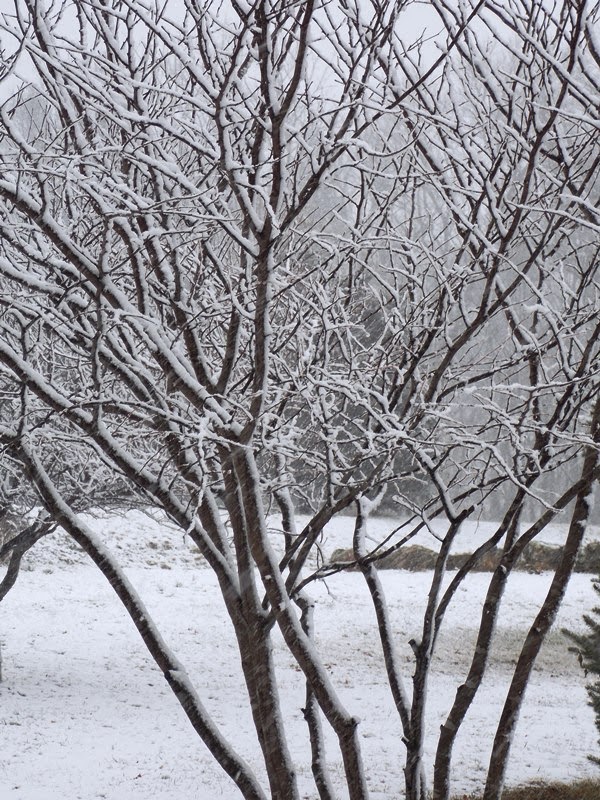 The heavy, wet snow was sticking to everything enhancing the winter wonderland feeling. 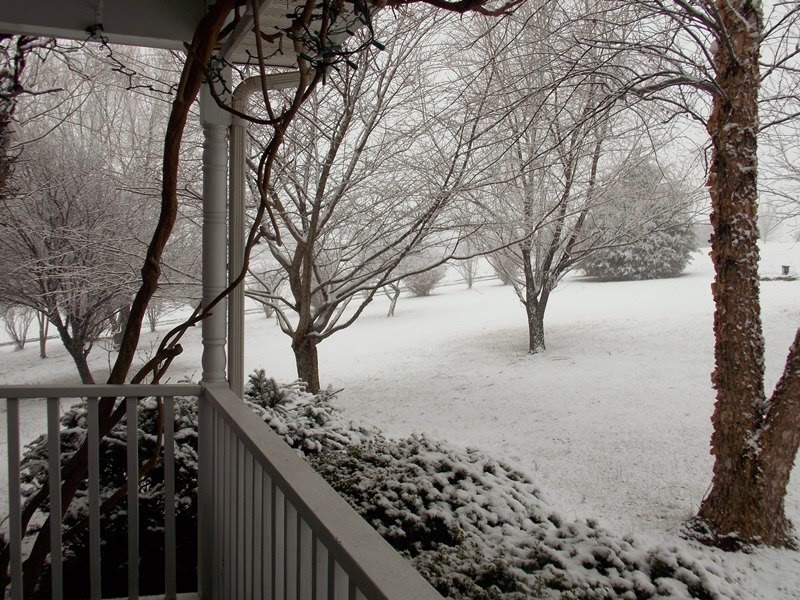 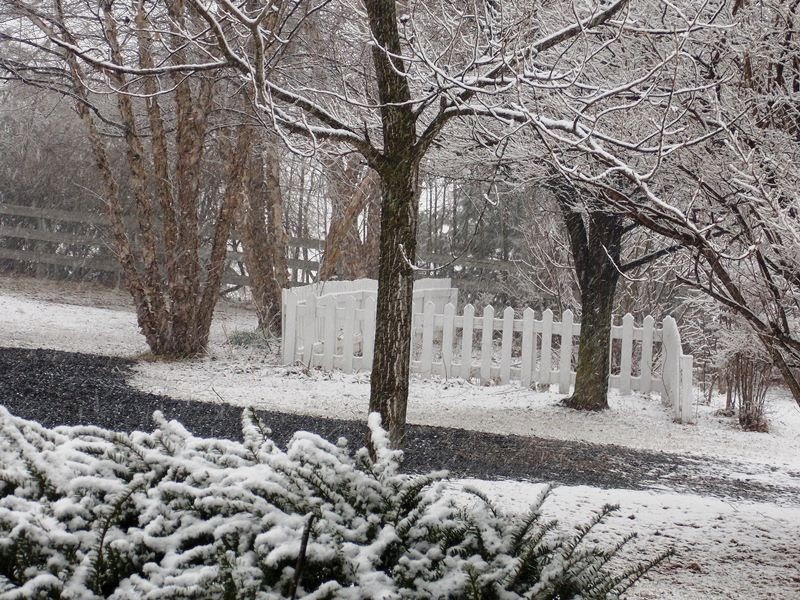 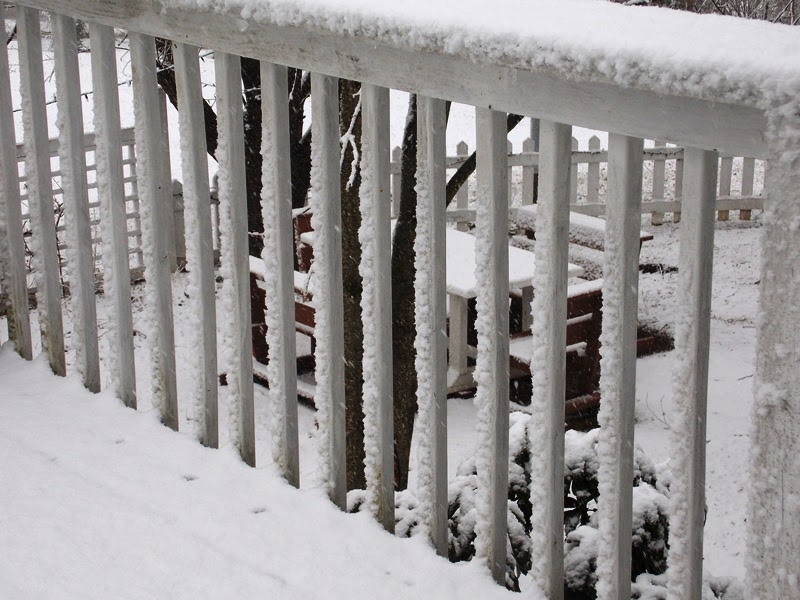 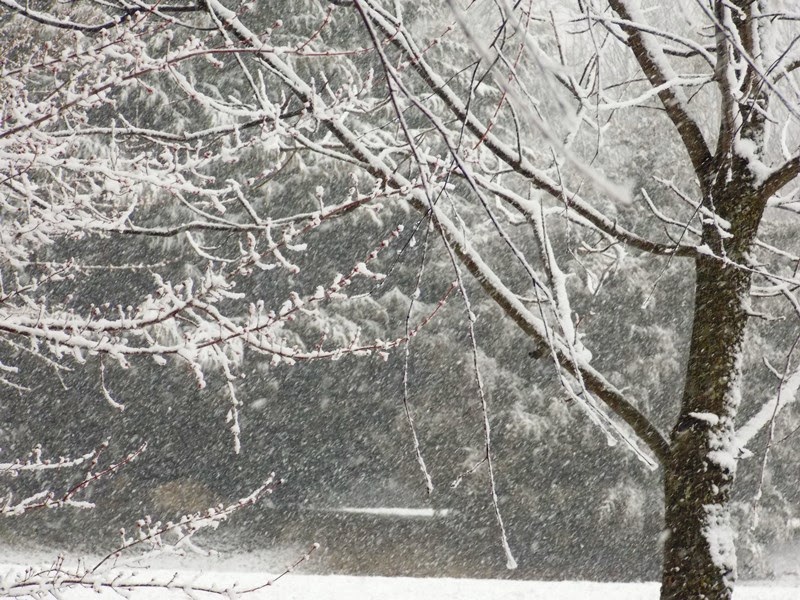 And the snow continues to fall....