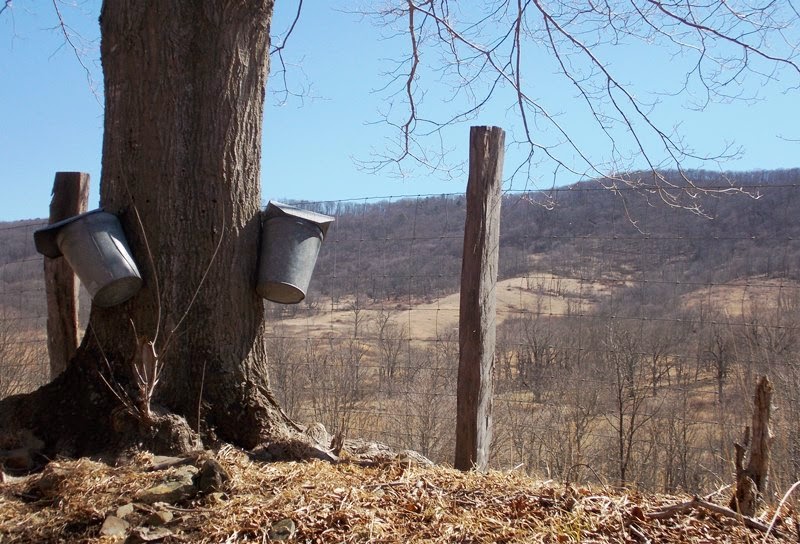 It was the calm before the storm today as we enjoyed a quiet day in Highland County. We made a few stops along the way, talking with folks who were preparing for the second weekend of the annual Maple Festival and the thousands of visitors who will answer the call to travel to this remote western part of Virginia. As we drove back roads, it was obvious the sap -- better known as sugar water -- was running. Numerous sugar maple trees were tapped with pails attached, part of the ancient ritual of making pure maple syrup and all that goes with it. 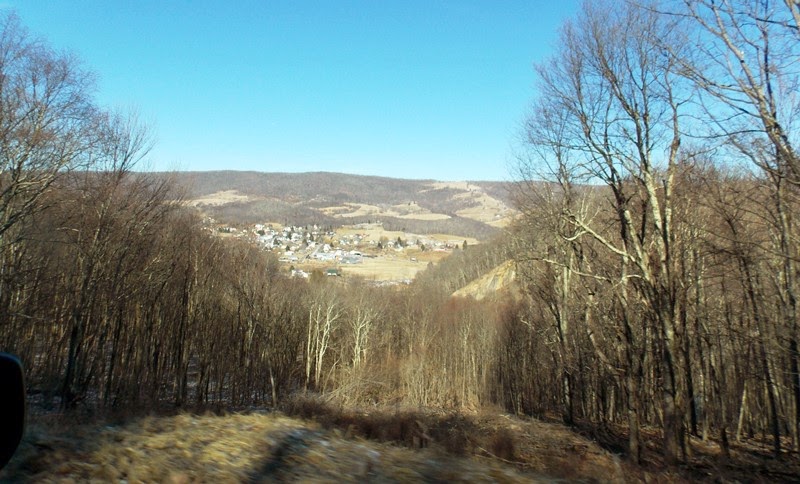 A look at Monterey from Rt. 250 where it crosses Jack Mountain. 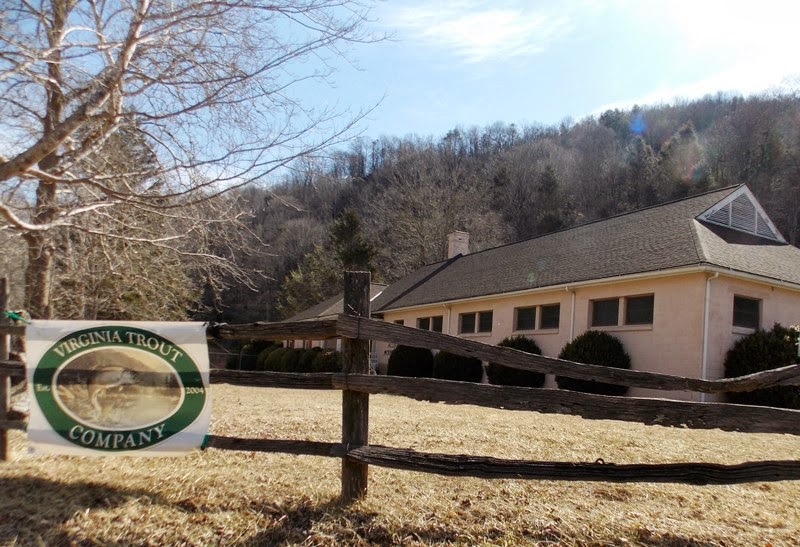 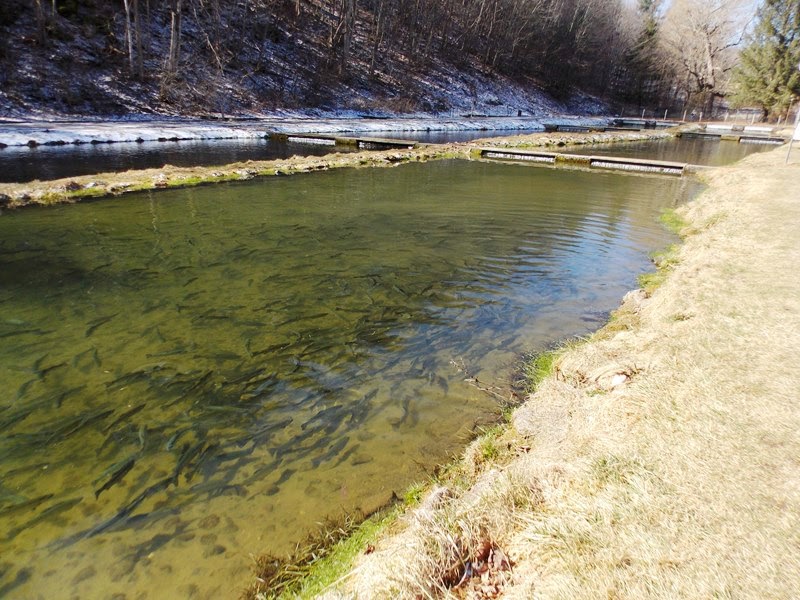 The trout ponds were full today when we stopped at the Virginia Trout Company. 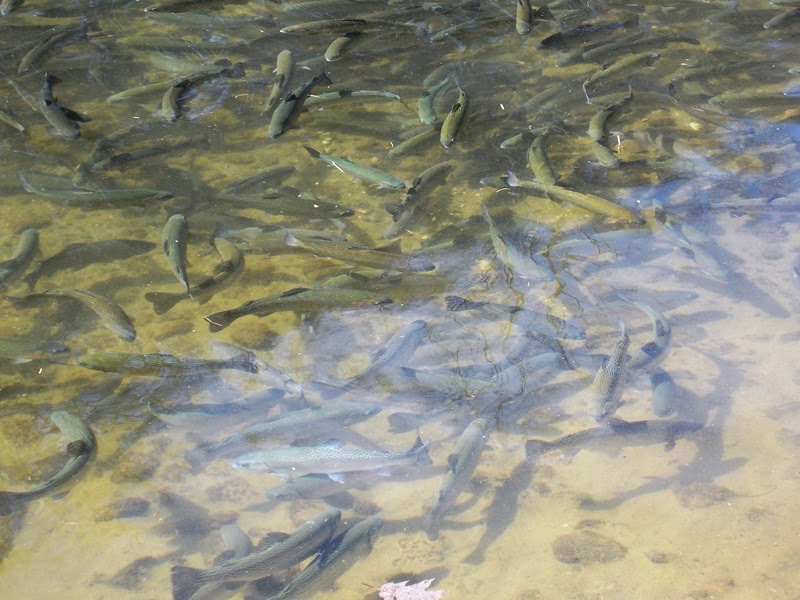 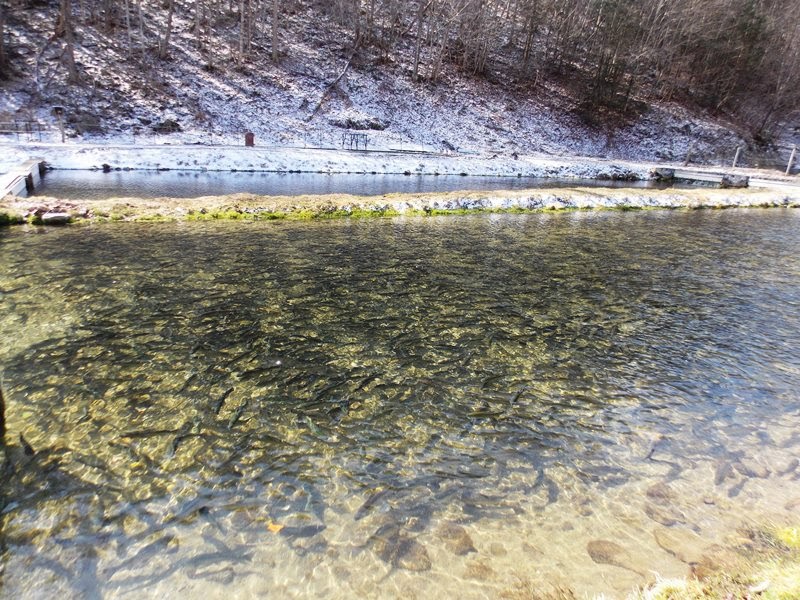 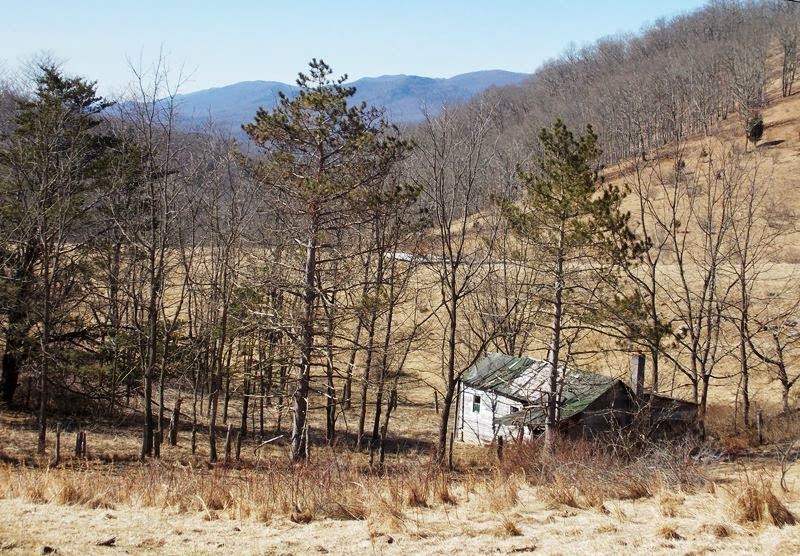 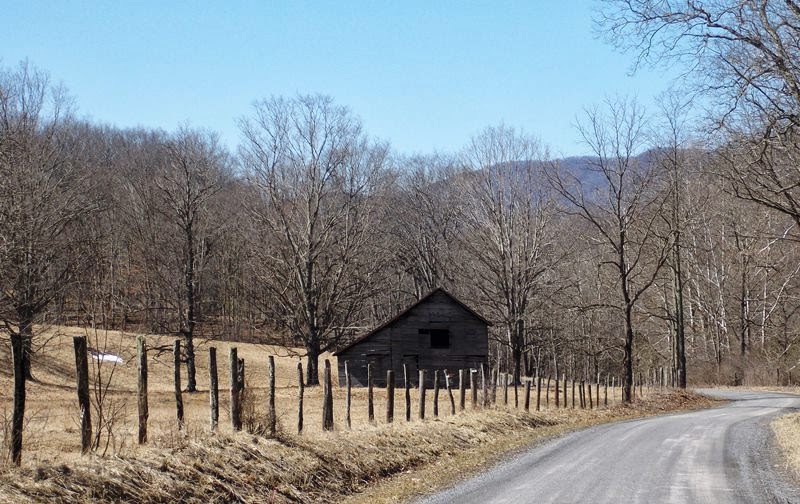 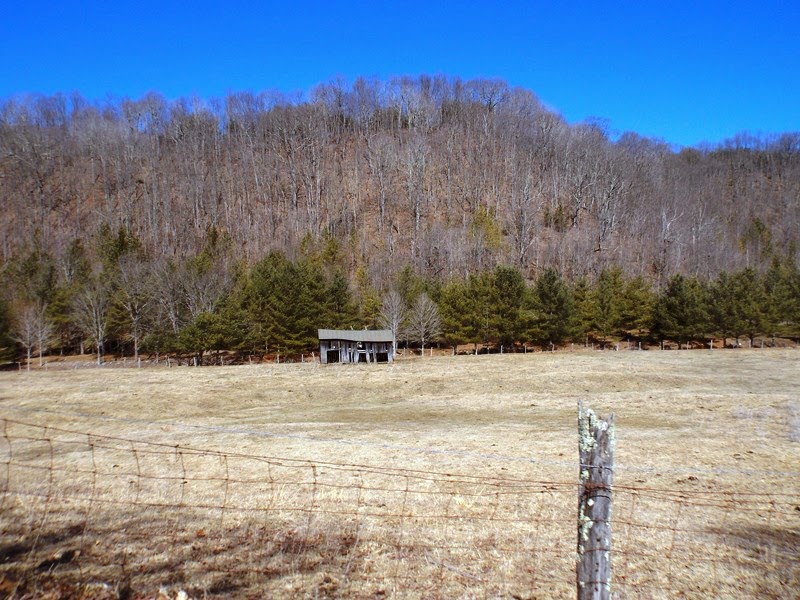 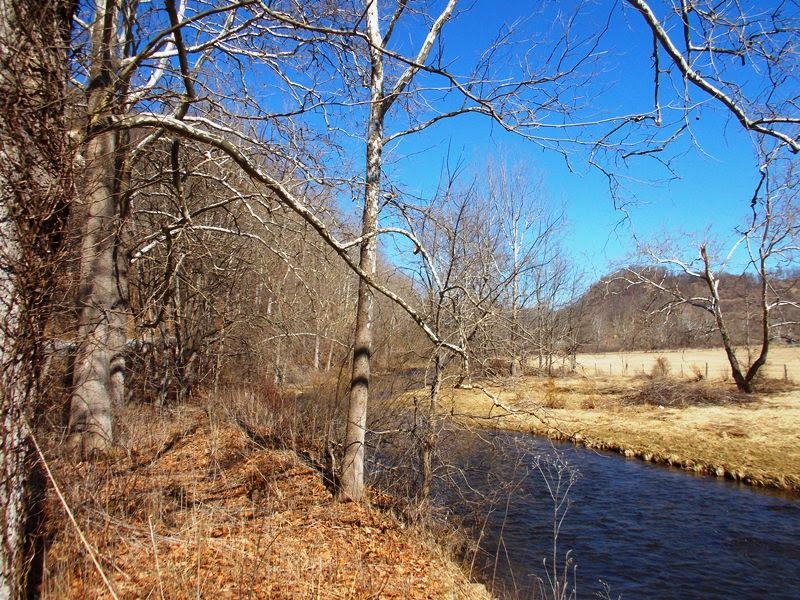 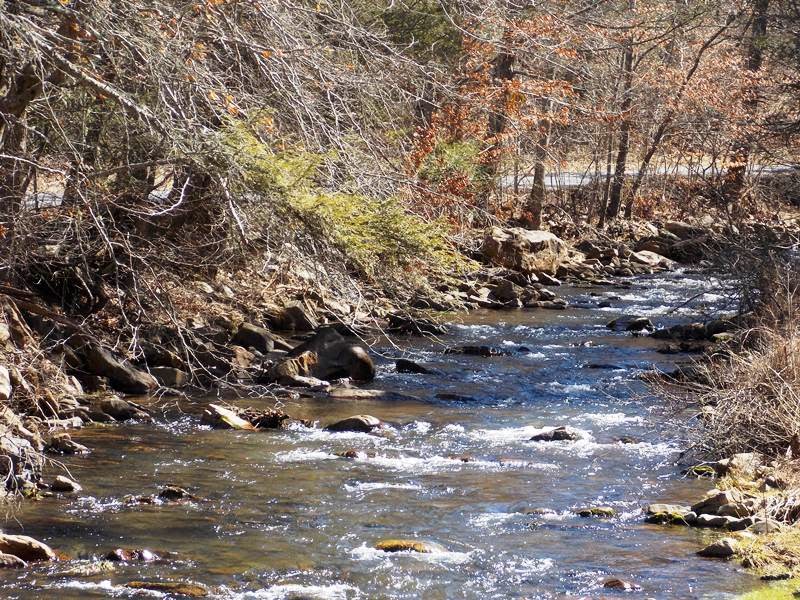 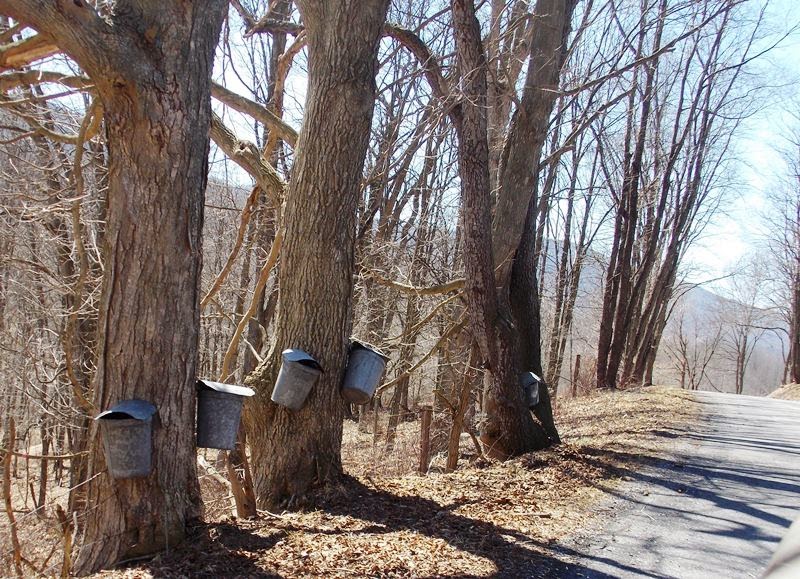 The 2014 Maple Festival continues Saturday and Sunday at locations throughout Highland County. 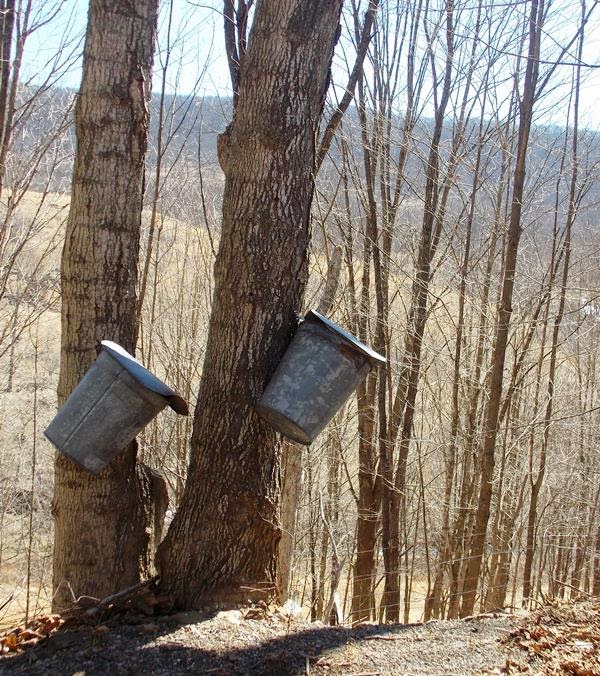 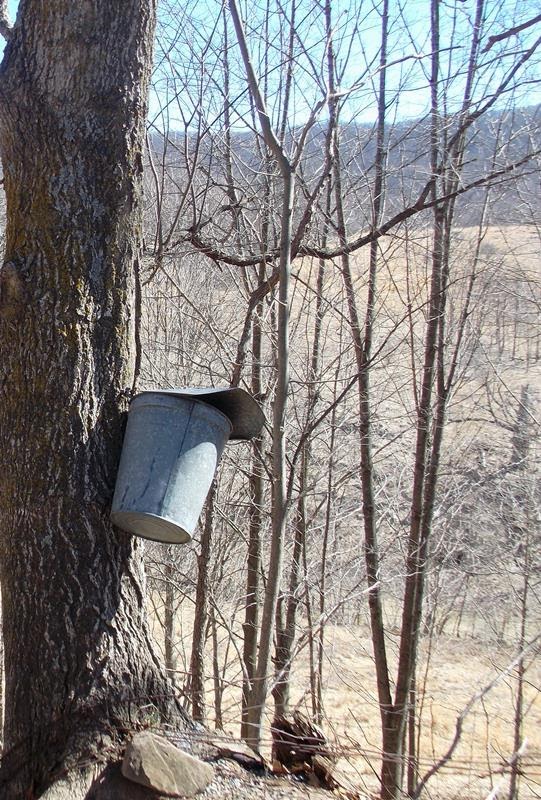 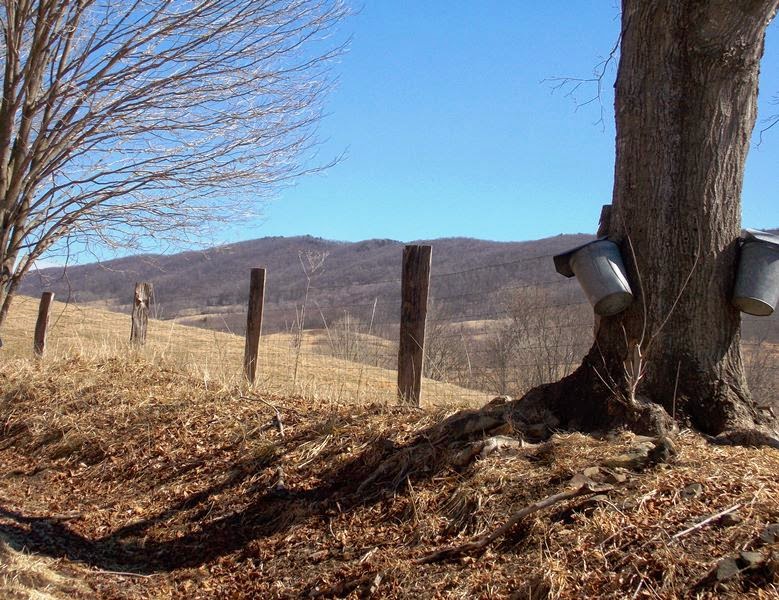 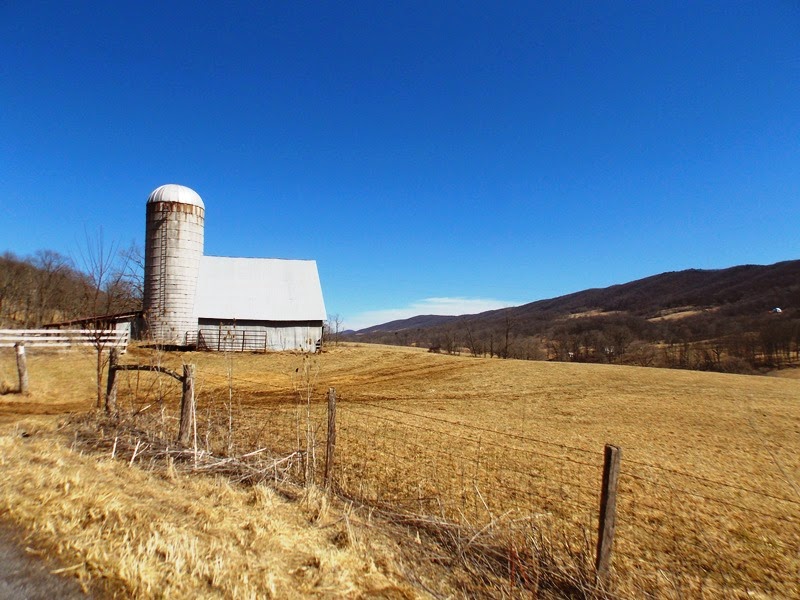 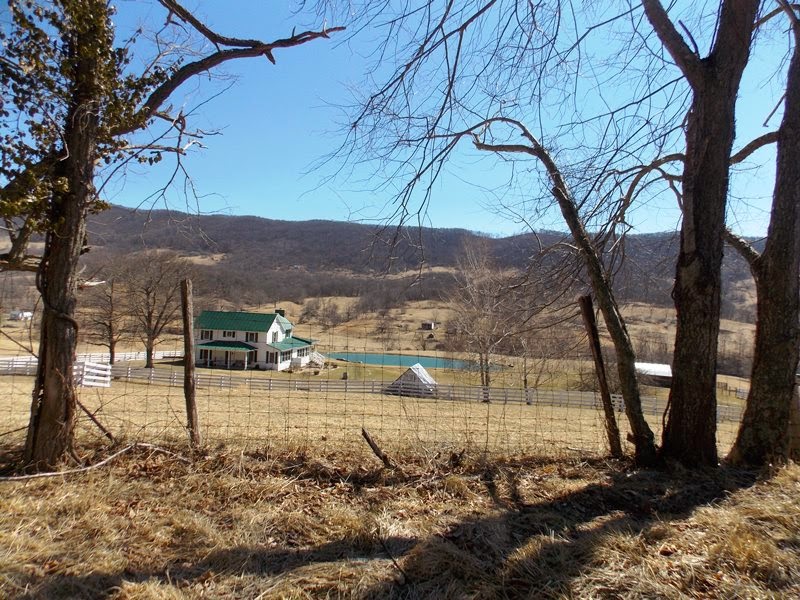 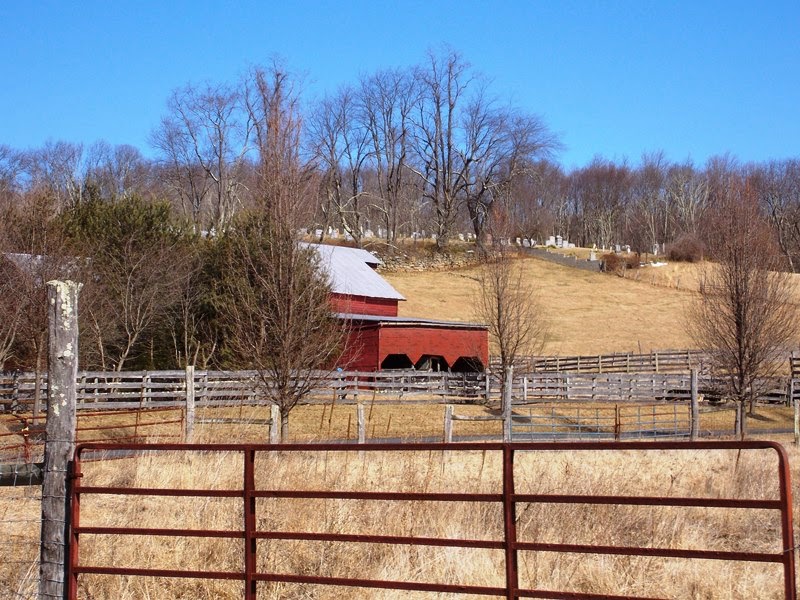 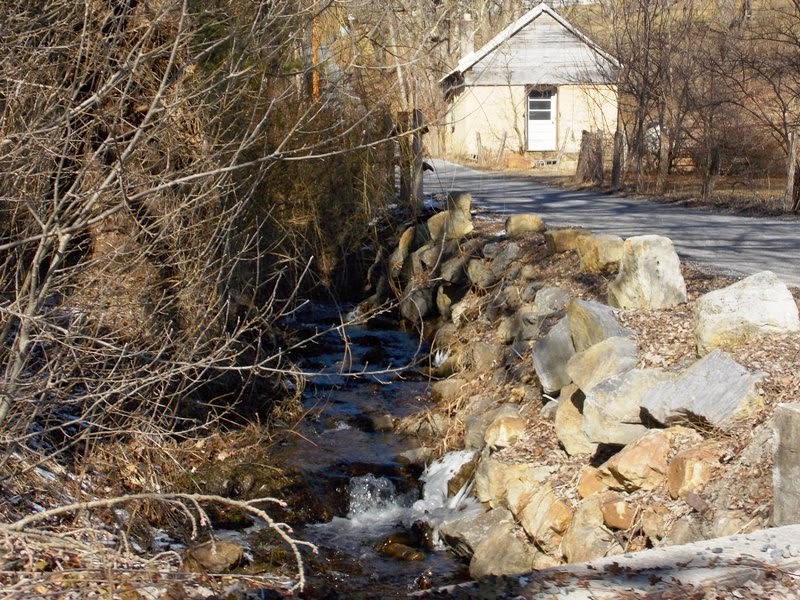 Those who came before us.... 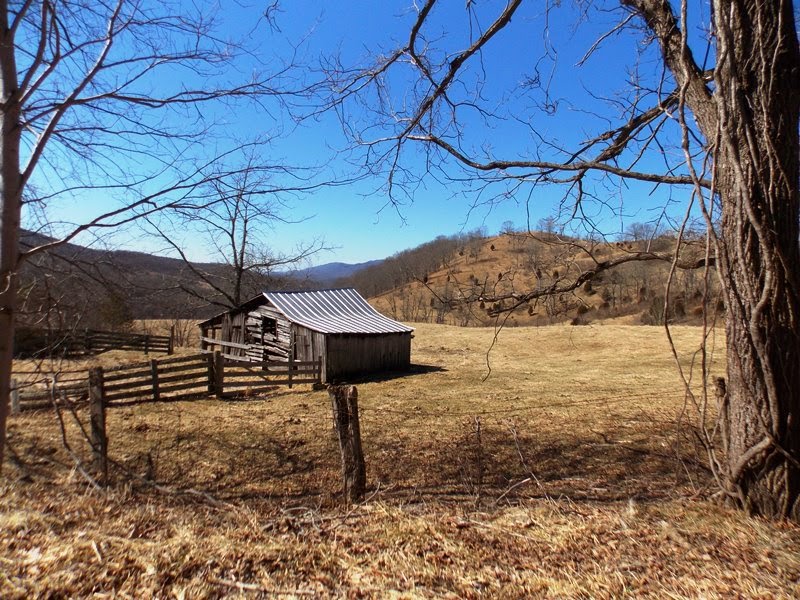 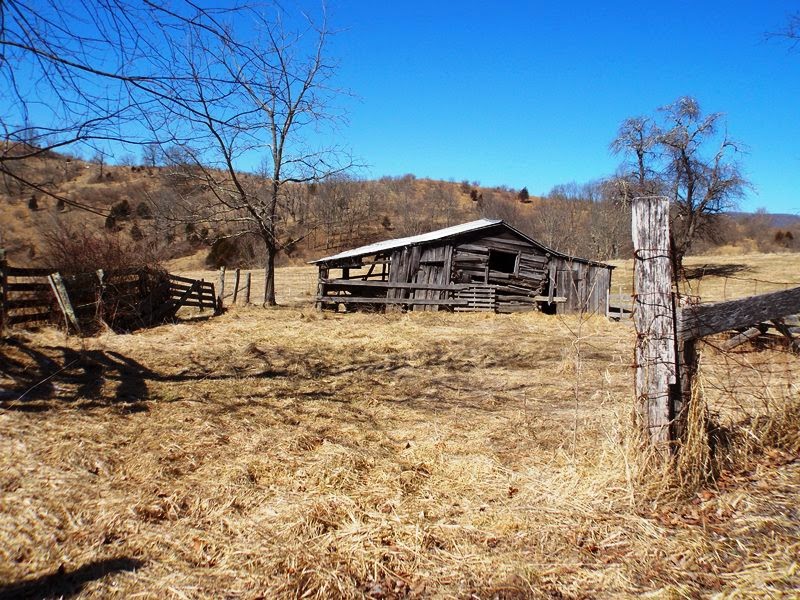 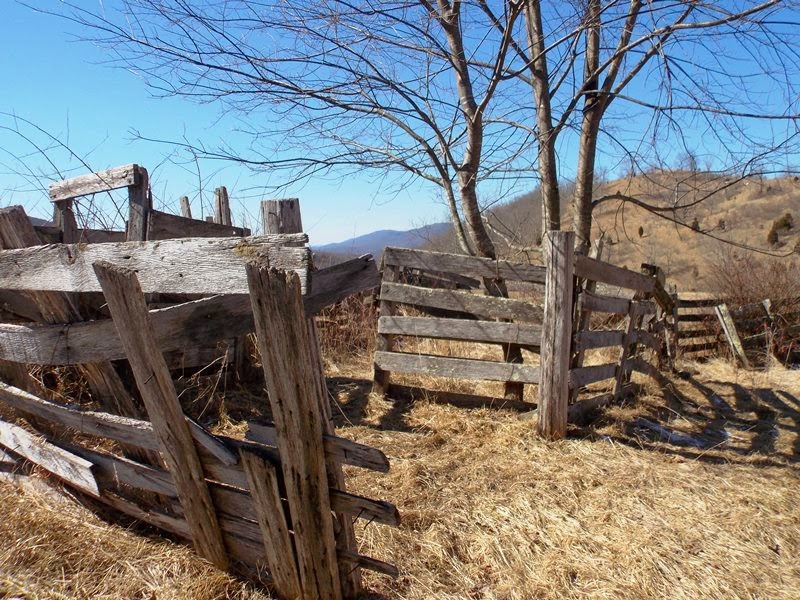 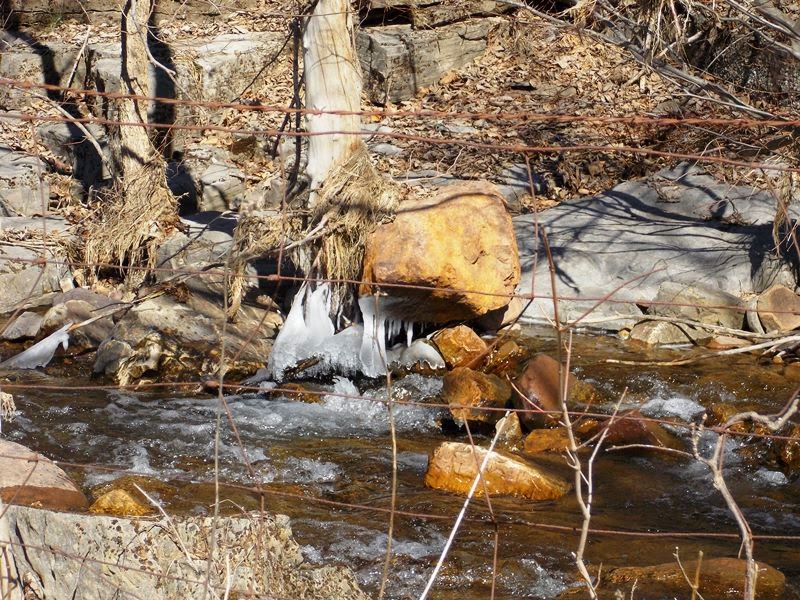 Icy creek after a cold week in Highland that saw snow Wednesday night and Thursday. 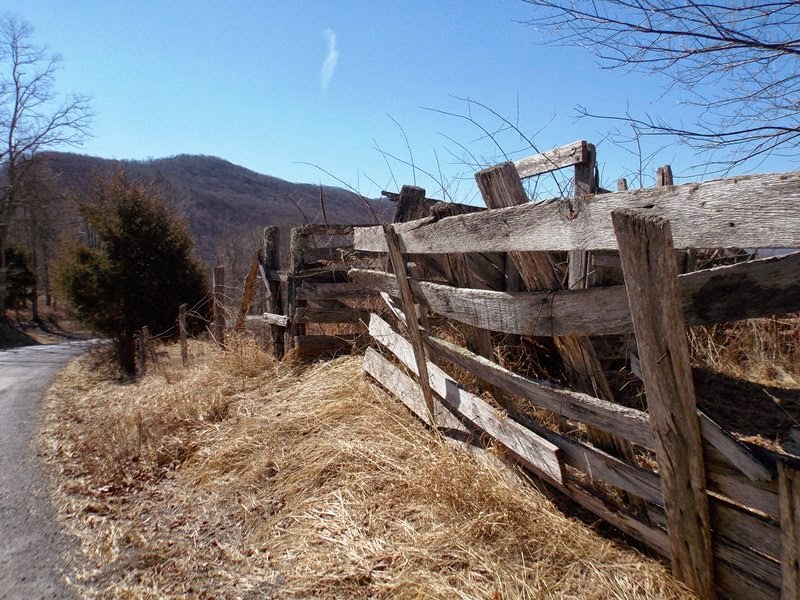