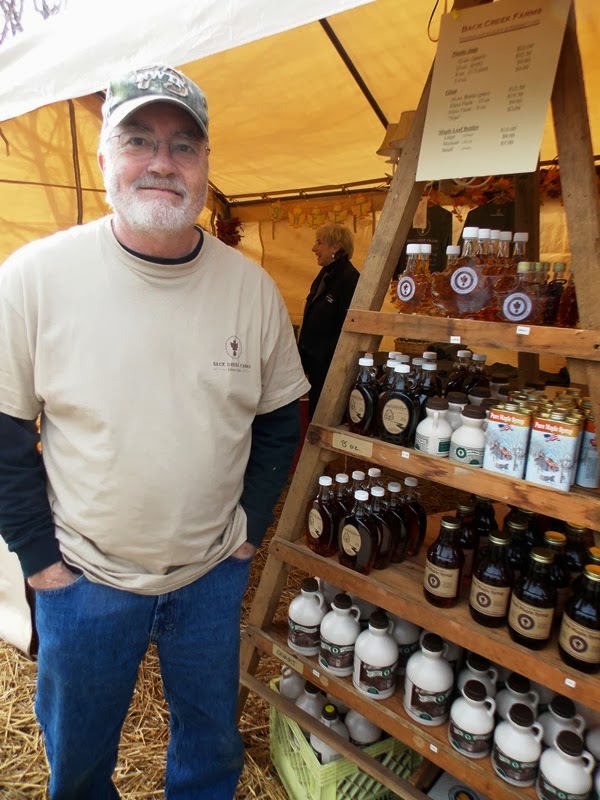 If you're looking for personality, look no further than Pat Lowry who, with his wife Valerie (in the background talking with a customer) owns Back Creek Farms Sugar House. His quick smile and friendly conversation combined with an ease around newcomers make this fourth-generation farmer a natural salesman. Each year during the Highland Maple Festival they have a tent set up on Main Street in Monterey near the Courthouse where their pure maple syrup, crafted on the farm in the southern end of the county, is sold along with maple fudge and other products.

Pat noted that this year sugar water production was down 75 percent because of the cold winter. "Some days it might not start until 4:00," he said, referring to sap rising in the sugar maple trees, "and then stop at 6:00 when the sun goes down." That affects not only the amounts available but also the taste. This year it is exceptionally yummy.

We've been purchasing their syrup from the festival for a number of years but were pleasantly surprised to see it for sale last summer in the gift shop at Monticello. The Lowrys have found a number of other outlets as well. This year Back Creek's syrup has a buttery-caramel taste and is thick and rich and oh so good on pancakes and anything else. 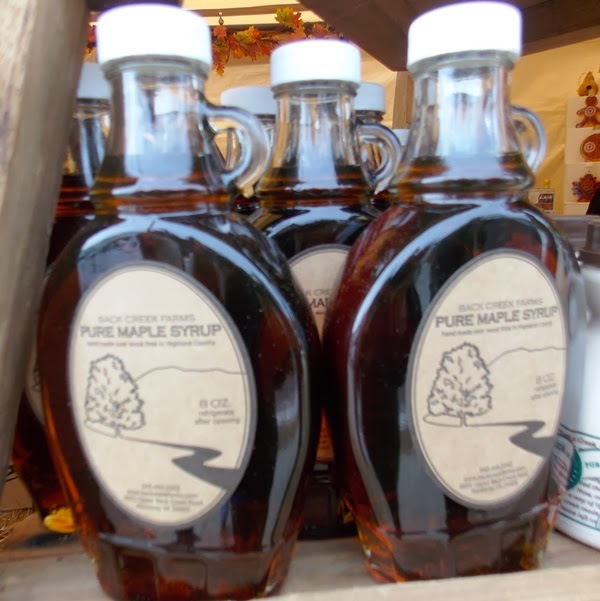 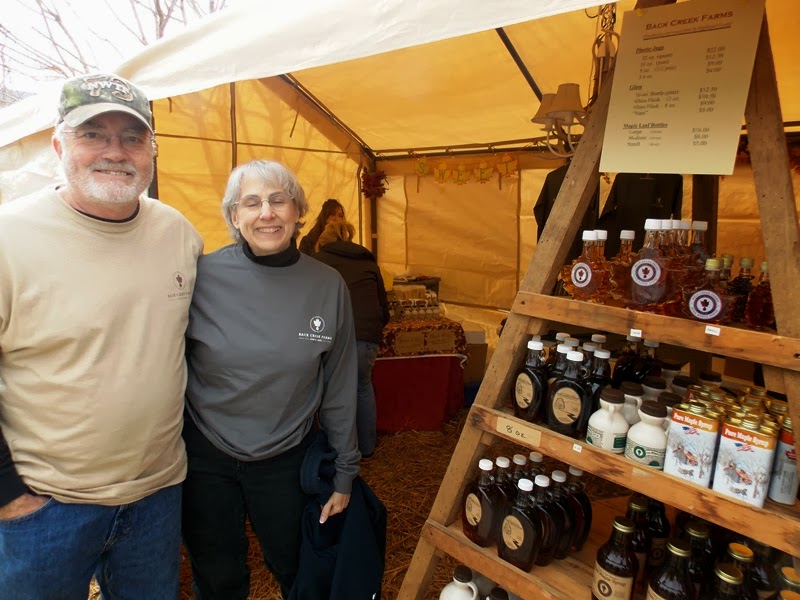 It was hard to pin down Valerie because she was busy talking with folks as they stopped by but they paused on the first day of the 2014 Highland Maple Festival for the photo. Read more about their farm and syrup process in Faces of Farmers and a fascinatingly in-depth description of the Lowrys' sugaring process in the Winter 2014 issue of Edible Blue Ridge. 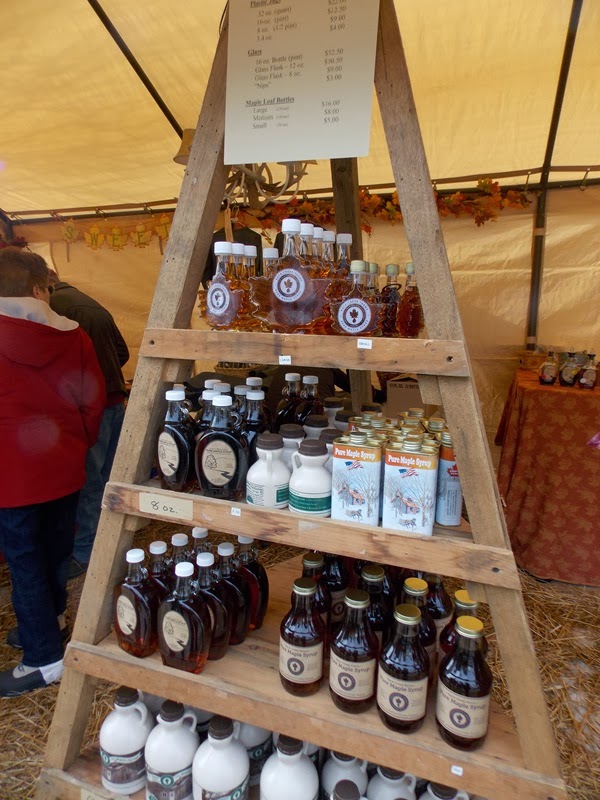 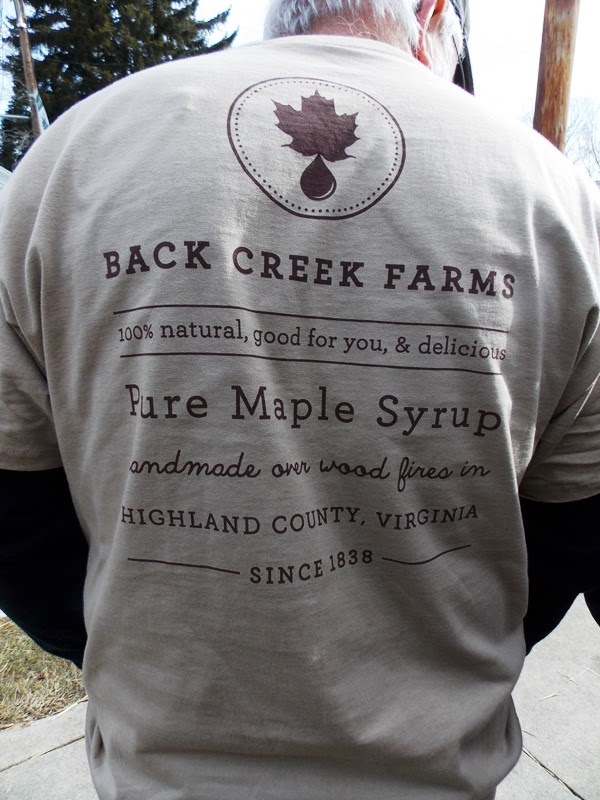 If you get over to Monterey for this weekend's festival events, look for Valerie and Pat at the Back Creek Farms tent and stop by to say hello.