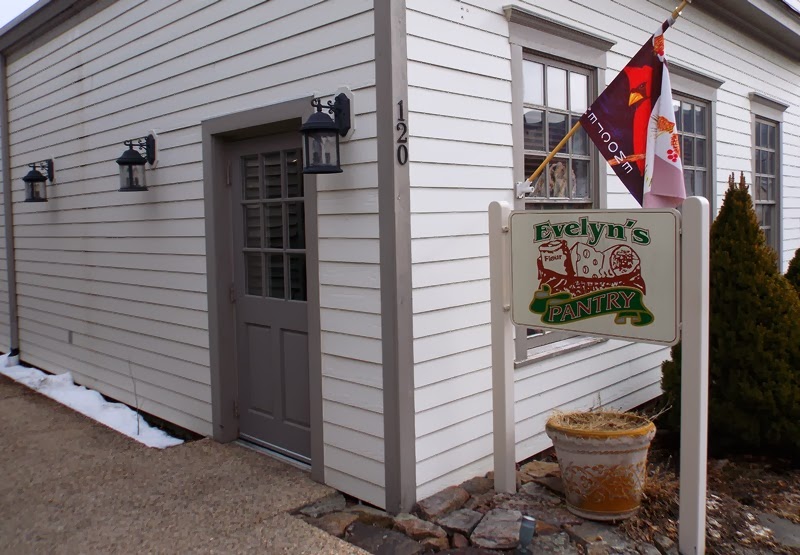 Evelyn's Pantry located on the main street of Monterey, Virginia, is a good spot to grab a bite to eat at any time. When it's cold, however, duck in for a bowl of homemade hot vegetable soup. Owner Donna Hooke makes it herself and it hits the spot when you need to warm up before heading back outside into the winter air. Indoor seating is limited to three tables in front of a stone fireplace but in warmer months there's an outside patio with additional seating. 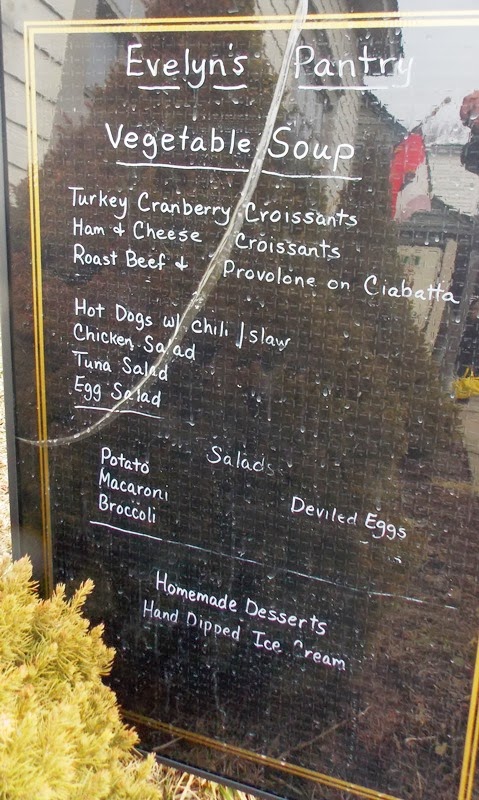 During the Maple Festival, Evelyn's is even busier since it's in the middle of activities. Not only does she provide deli food but there are shelves with bulk foods, candies, snacks, and more. 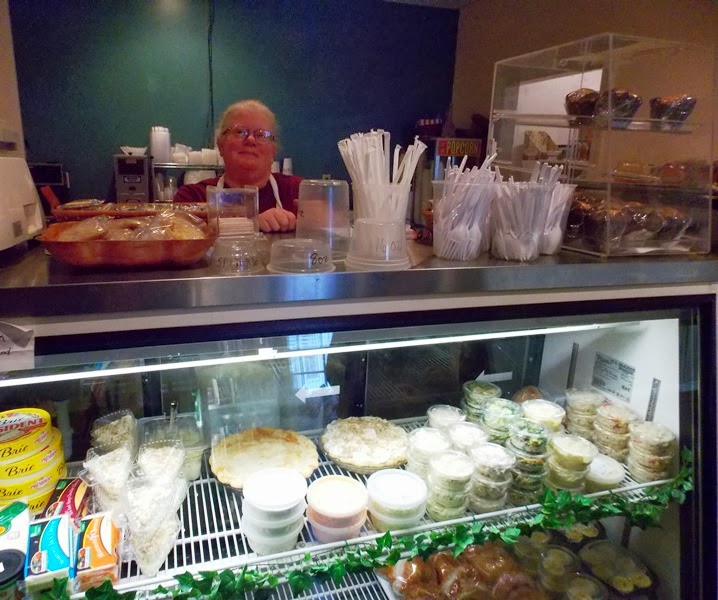 Owner Donna named the deli after her grandmother. In the counter are a variety of salads (potato, macaroni, broccoli), deviled eggs, a variety of sandwiches as well as dessert choices. Oh, and ice cream, too. Donna said she's been at the current location five years but before that she was on the western end of Main Street -- away from the maple festival crowds -- so she moved further down the street. Altogether she's been in business around 17 years and received help from her son Charlie and daughter Jennifer. Donna grew up in the Mill Gap area of Highland County. 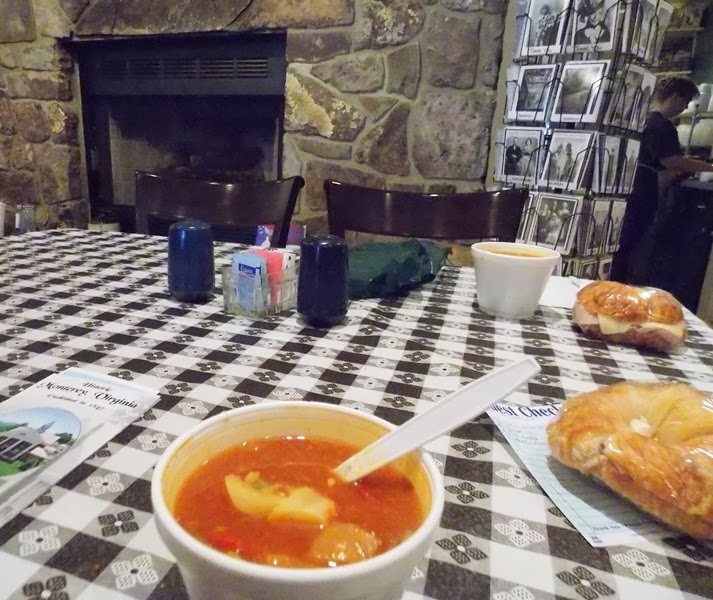 A cross between the Cheese Shop in Stuarts Draft (bulk goods) and McAlister's Deli  (sandwiches and soup), Evelyn's cozy interior offers tables away from the crowds of the festival and has parking in the back. Vegetable soup and a chicken salad croissant were my choices during our visit. SWAC Husband chose soup and ham-and-cheese croissant. The soup was so filling we ended up pocketing our sandwiches and ate them later while driving the back roads. 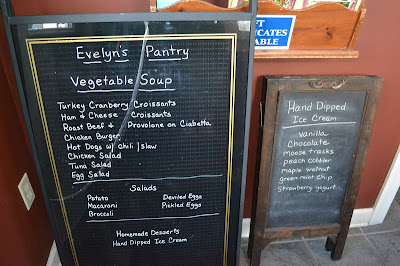 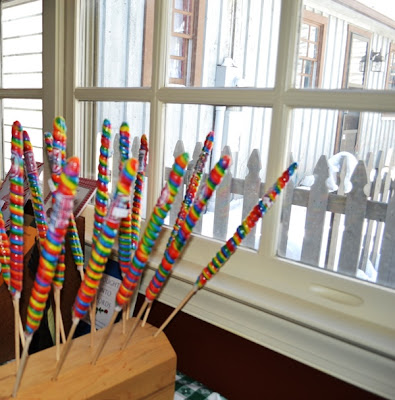 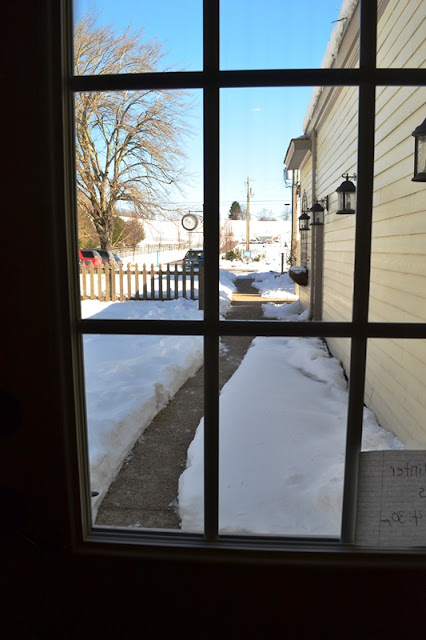 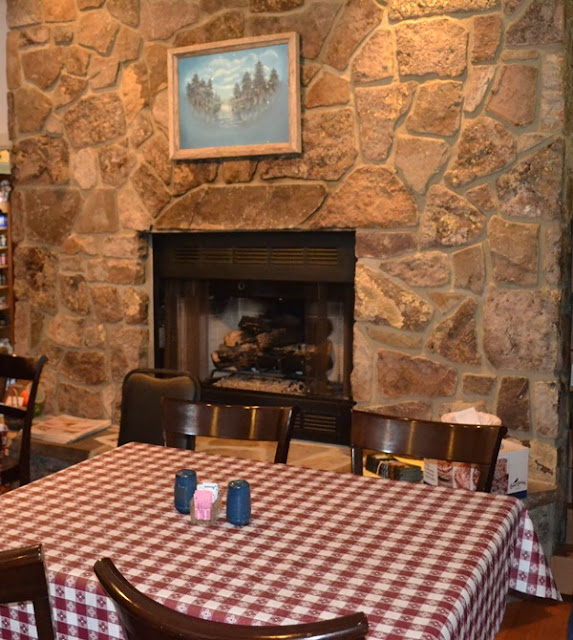 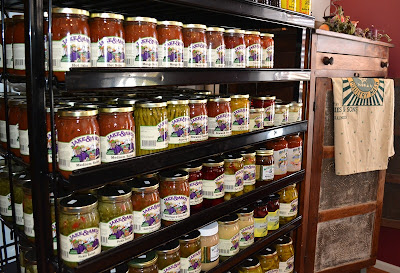 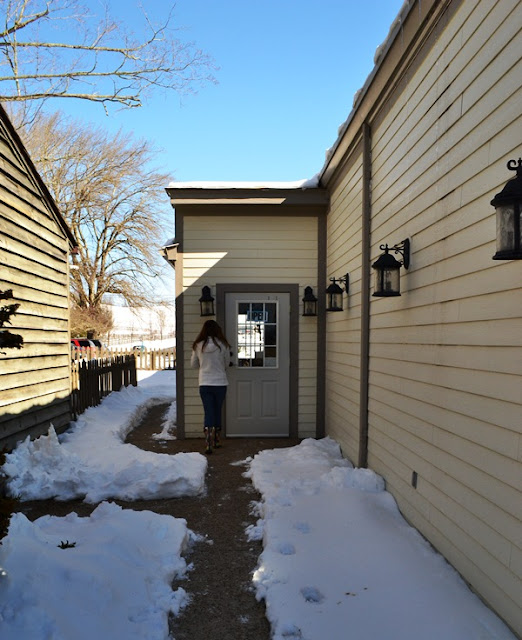 That's my child opening the door during last year's maple festival when there was more snow on the ground the first weekend. 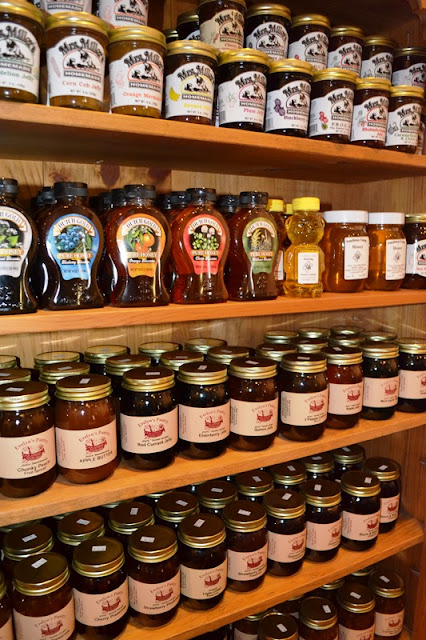 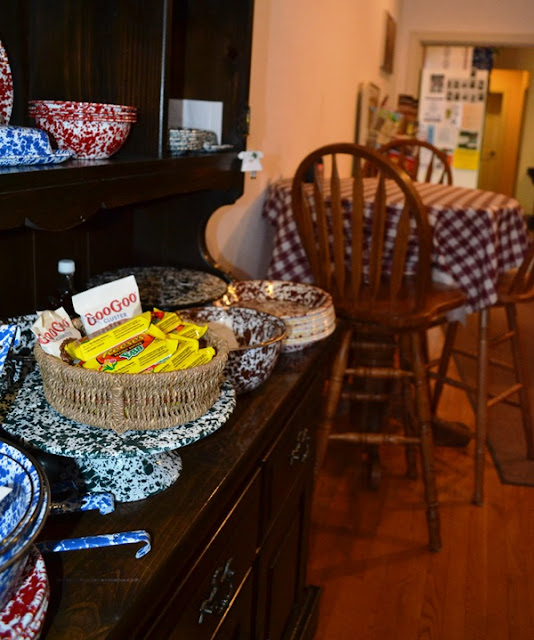 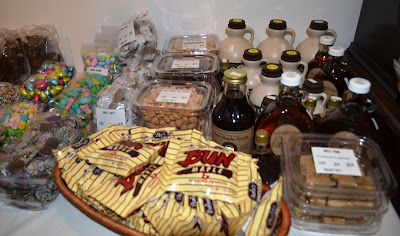 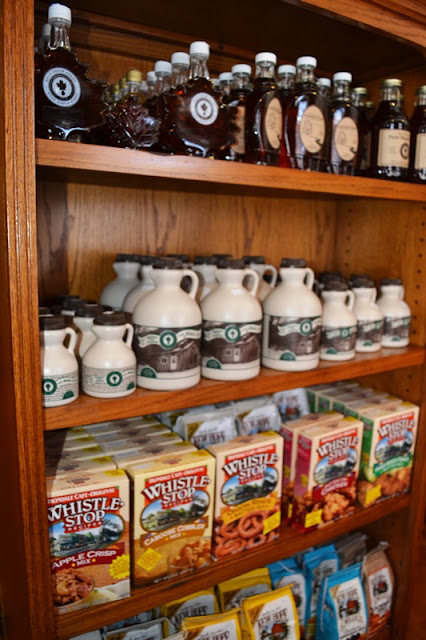