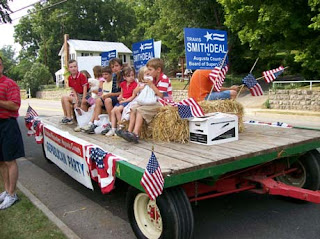 Children sit on float as it's decorated for Saturday's parade
The annual Churchville Fireman's Parade was held Saturday, July 14, 2007, and the Republican were there with their candidate for Augusta County Board of Supervisors, Travis Smithdeal. The Republican float reflected the family values held dear by many conservatives ... it was full of children!
Eight Smithdeal children and Travis' wife, Eileen, rode along with my neighbor John Wirth's four daughters, and tractor driver Chris Haskins' two children as well as SWAC Daughter. 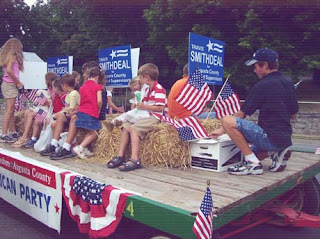 The kids were a great help in decorating the float, and then had fun throwing candy to parade-watchers along the route. I had fun watching them having fun! Travis walked alongside the float, shaking hands with folks in the crowd, jogging back and forth from one side of the street to the other. One lady met him in the middle of the street ... friends called to him. Travis, who owns Mountain View Country Store in western Augusta County (Rt. 250 and Deerfield Road), was a familiar sight to many. 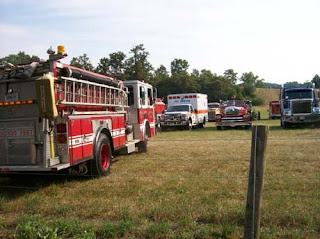 Fire and rescue vehicles line up after parade 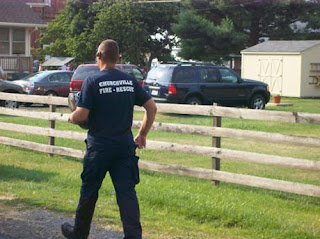 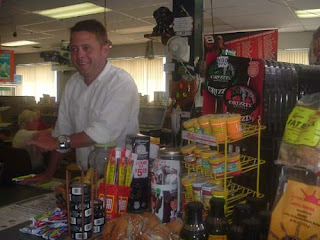