Win the War Counter-Rally a HUGE success in Charlottesville ... Cindy Sheehan protested by supporters of troops

The most disgusting anti-war rant I heard this evening? That Americans are terrorists.
Give ... me ... a ... break. 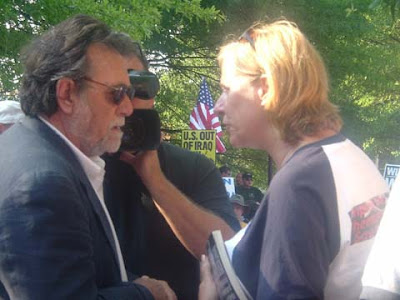 There she is, Ms. Anti-War Cindy Sheehan. 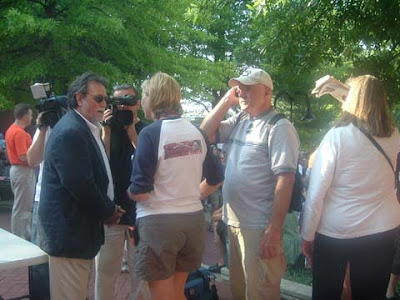 Cindy Sheehan deep in discussion with someone before her appearance. 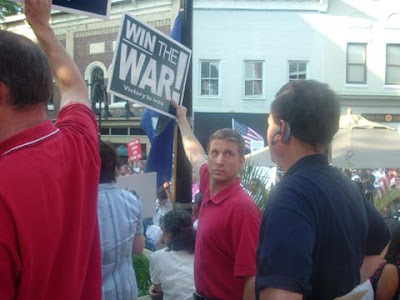 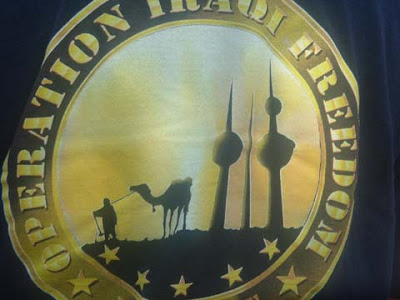 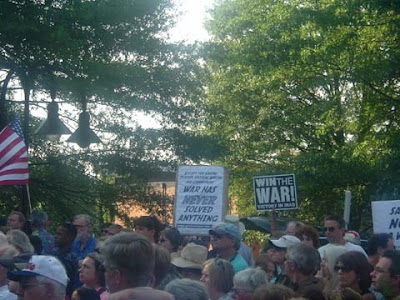 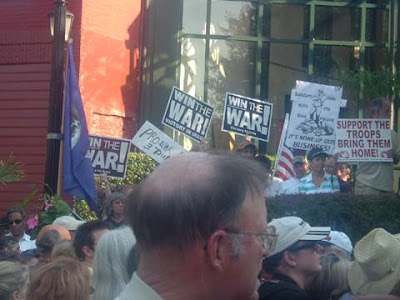 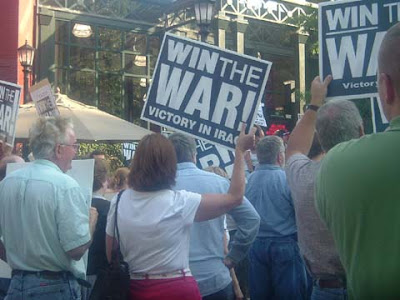 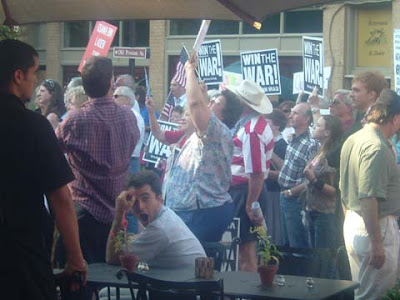 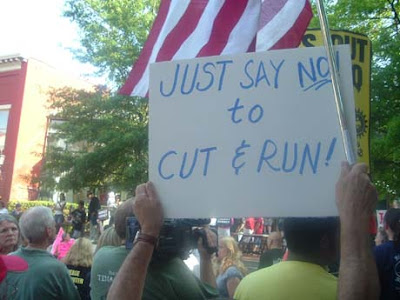 Win the War! signs were everywhere this evening as were homemade signs voicing support for our troops ... while American flags waved in the breeze. What a great feeling to be part of those standing up for our military!

Hundreds turned out on both sides as forces verbally clashed over the war in Iraq at an appearance by Cindy Sheehan on the Downtown Mall in Charlottesville. We had almost as many people as they, and we definitely had more signs. Police were on standby but not needed. Media were everywhere.

Many thanks to UVA law student Josh Levy and Albemarle GOP Chairman Keith Drake for organizing this great event, and to everyone who turned out to show Cindy Sheehan that we believe in publicly backing our soldiers. There was even someone from North Carolina and Florida, and both sides of Afton Mountain were represented. A large group of SWAC area residents were there.

More photos and lots more commentary will be posted tomorrow. I took over 200 photos throughout the event while carrying a Win the War! sign and talking with folks. What a great event!


Update: Read the post from Flora McDonald of United Conservatives of Virginia who was also at the rally and gives the reader a different perspective.
Update: Gathering of Eagles has linked to this post. Check out comment # 83 under the write-up about Cindy Sheehan's appearance (or lack there of) in Charlotte.
Update: Red State has a follow-up post about the rally and a link to SWAC Girl.
Update: Josh Levy at Win-the-War blog has photos and write-up about the rally with a link to SWAC Girl.
Update: NBC-29 coverage of the rally.

I actually got that shirt in Kuwait. But it still looks great on her. Great photo.

Thanks for clarifying, Cargosquid. The shirt is great!

Thank you for your service to our country. We counted down the days with you to come home from overseas. :) Welcome back. You're a GREAT AMERICAN! God bless.