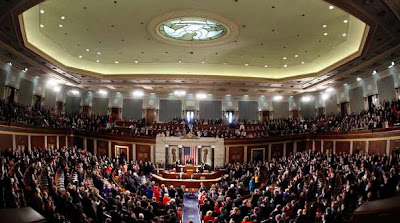 "Just a few months ago, the people sent a very clear message that the status quo in Washington was unacceptable, that they wanted a Congress that would focus on jobs, grow our economy, and get our fiscal house in order. House Republicans are doing all of the things that we promised and were elected to do, with one main goal - getting people working again.

"While House Republicans are hard at work passing measures to cut spending, grow the economy, and keep the government operating, Senate Democrat Leader Harry Reid has yet to offer a plan and instead almost seems as though he’s hoping for a government shutdown to occur for political gain. Let me be clear, a government shutdown is not an acceptable outcome, and I call upon Leader Reid to commit to a good faith effort to work with us and take that threat off the table.

The federal government borrows forty cents of every dollar that it spends, and surely Leader Reid and Senator Schumer understand that the status quo is not a serious position or plan. We should be able to come together and find areas to cut spending and save money to keep the government functioning and take the first steps toward getting our fiscal house in order."
Posted by Lynn R. Mitchell at 2/22/2011 11:00:00 AM