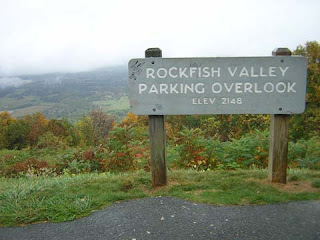 The Waynesboro News Virginian has reported that a body was found along the Blue Ridge Parkway last Saturday:

It is a trend that not uncommon to the National Parks, as I have written about previously. There have been a number of suicides over the years along the Blue Ridge Parkway, most notably around the Afton Mountain area.