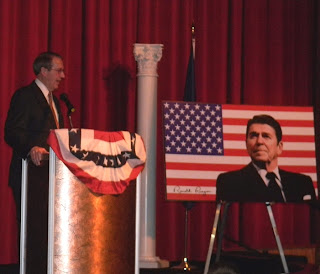 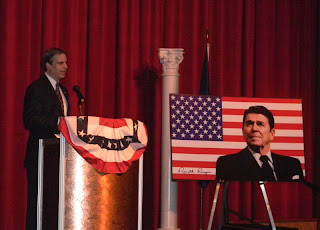 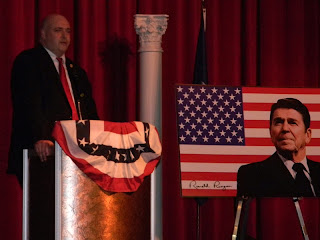 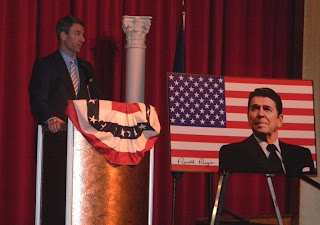 Shenandoah GOP Chairman Jeremy McClery was all over the place greeting and welcoming folks as they arrived while grassroots volunteers greeted one another. Shenandoah Republican Women Club president Sue Hughes presided over the silent auction while caterers set up the buffet dinner and the VIP reception with the speakers took back in a private corner of the building.

It was a fun trip up with SWAC Husband and  Barb as we talked about all things political and then some. The anticipated winter weather held off until we were back in Augusta County.


Other posts about the Shenandoah GOP Reagan dinner: