Memorial Day 2007 ... "We rededicate ourselves to freedom's cause"

"Freedom itself was attacked this morning by a faceless coward, and freedom will be defended." --President George W. Bush, September 11, 2001 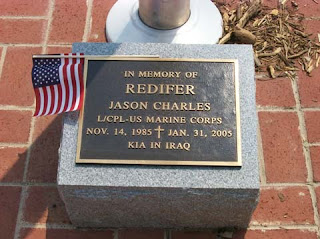 "If our country does not lead the cause for freedom, it will not be led." --President George W. Bush 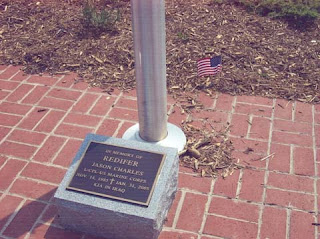 On a small knoll overlooking the Blue Ridge Mountains a plaque honors and memorializes one of Augusta County's own ... Lance Cpl. Jason Redifer ... a local fallen hero.

"It doesn't take a hero to order men into battle. It takes a hero to be one of those men who goes into battle." --Gen. Norman Schwarzkopf, U.S. Commander of Operation Desert Storm 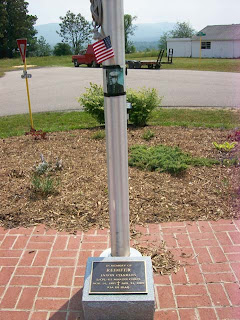 “On Memorial Day, we rededicate ourselves to freedom's cause. In Iraq and Afghanistan, millions have shown their desire to be free. We are determined to help them secure their liberty. Our troops are helping them build democracies that respect the rights of their people, uphold the rule of law, and fight extremists alongside America in the war on terror. With the valor and determination of our men and women in uniform, I am confident that we will succeed and leave a world that is safer and more peaceful for our children and grandchildren. ... We also pay tribute to Americans from every generation who have given their lives for our freedom. From Valley Forge to Vietnam, from Kuwait to Kandahar, from Berlin to Baghdad, brave men and women have given up their own futures so that others might have a future of freedom. Because of their sacrifice, millions here and around the world enjoy the blessings of liberty."
--President George W. Bush, Memorial Day 2007
Posted by Lynn R. Mitchell at 5/28/2007 10:54:00 AM