Entering McDowell on Rt. 250. For visitors arriving from the east, this is the first part of the Maple Festival that they see with a packed parking lot at the school building, maple pancakes, arts and crafts, and more.

It's home of the Sugar Tree Country Store and Sugar House (while driving west through McDowell, Sugar Tree will be on the right), a 19th century country store that features its own maple products, apple butter, baskets, local pottery, and food including Brunswick stew and country ham sandwiches. Better stop by on Saturday ... they're closed on Sundays. 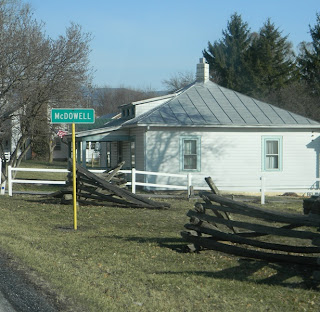 McDowell was the site of a big Civil War battle. The battlefield is intact with interpretive signs and has been called one of the most pristine battlefields in the nation. 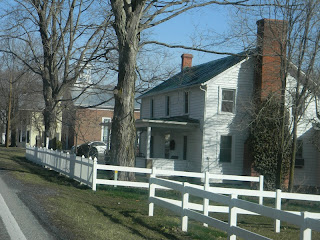 The village is located on Rt. 250, known as the Staunton-to-Parkersburg Turnpike, which was used as a major thoroughfare for the Armies of the Civil War. 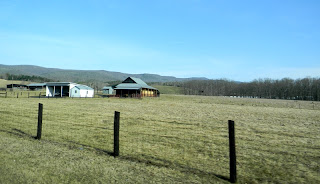