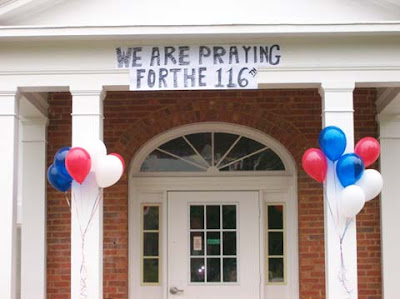 A sign over the front door of Grace Christian Elementary School in Staunton across from the Armory: "We are praying for the 116th"....

Grace Christian Elementary is in a building that used to be the grade school attended by Harold and Don Reid and Phil Balsey of the Statler Brothers. They owned the building and used it for their headquarters for many years before donating it to Grace Christian several years ago and moving their gift shop and offices to N. Augusta Street. 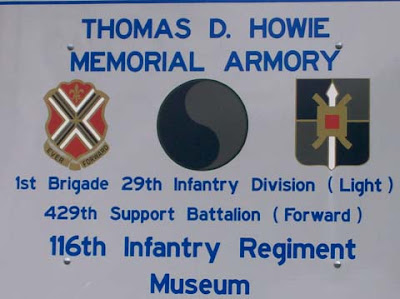 Thomas Howie was the character played by Tom Hanks in the movie "Saving Private Ryan." He was a part of the 116th; the Armory is named in honor and memory of him. 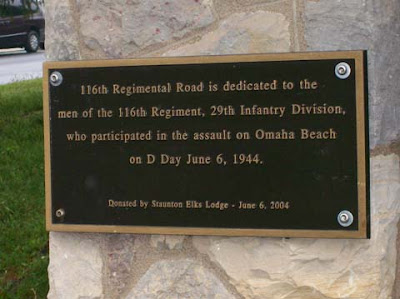 The 116th was one of the companies that stormed the beach at Normandy on D-Day in World War II. 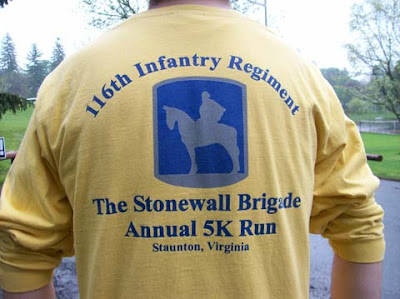 "Stonewall" Jackson's real first name was Thomas. A brilliant strategist during the Civil War, he earned the nickname "Stonewall" because his troops said, "There is Jackson standing like a stone wall." 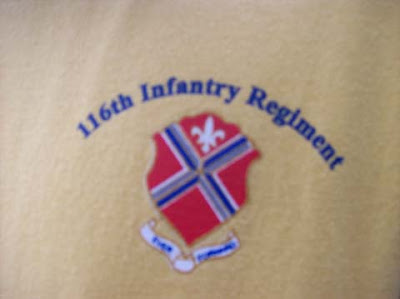 The 116th Infantry Regiment, "The Stonewall Brigade" has existed since 1742 when the unit was first formed as The Augusta County Regiment. The 116th also has a battalion deployed to Kosovo and since 9/11 has also deployed battalions to Cuba and Afghanistan as well as providing hundreds of soldier for airport security immediately following 9/11.

Thanks, Hobie. The 116th has an honorable history behind it ... and this group that just deployed will follow in the history books....