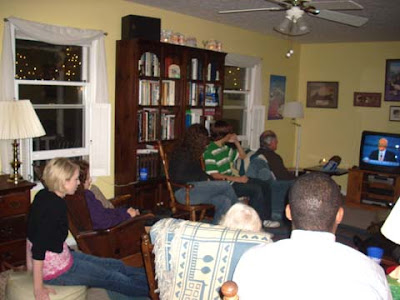 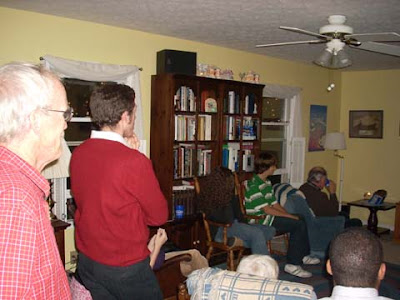 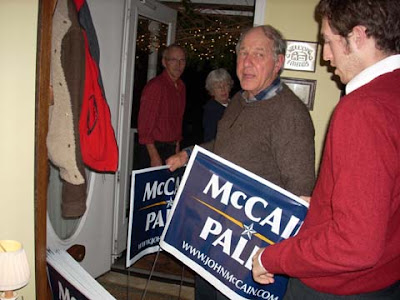 The weather outside was rainy and dreary ... but the spirits inside were high and jovial as folks gathered to watch the first of three scheduled presidential debates for the 2008 campaign season.

There were military families who were paying close attention to this foreign policy debate, nodding and agreeing with Senator John McCain ... there were college students who were voting for the first time in a presidential year ... there were members of the community who were tuned in to support their candidate.

The fun of watching a debate with others is the reactions to what is said ... and last night was no disappointment as discussion spontaneously broke out on some points. Discussion continued long after the debate's conclusion as we watched follow-up commentary until past midnight on Fox News and CNN.

Next week ... the Vice Presidential debate is scheduled for Thursday night. Now that should be an interesting debate!

Bob Stuart at the Waynesboro News Virginian has an article about local debate watchers.

Update: Sounds like a good time ... by Kilo at Spark It Up!

Email ThisBlogThis!Share to TwitterShare to FacebookShare to Pinterest
Labels: McCain-Palin 2008