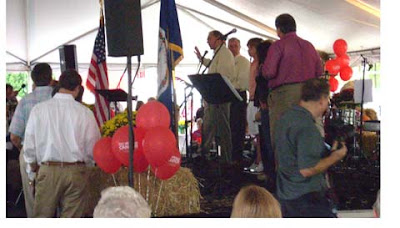 Jim Gilmore electrifies the crowd as Bill Bolling and Bob McDonnell look on. I couldn't get closer for a photo because of the large crowd of over 4,000. 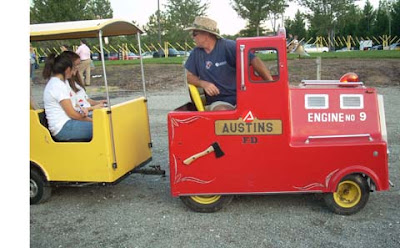 Lots of entertainment for the little ones....

Tents were set up after three days of rain ... the ground was soggy was spirits were high. 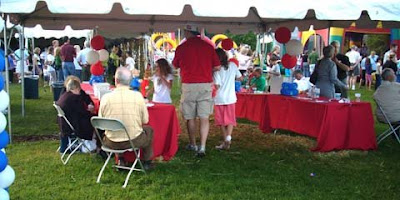 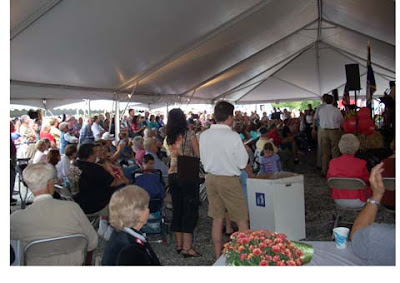 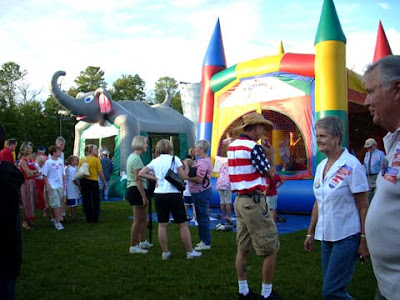 More fun for the little ones.... 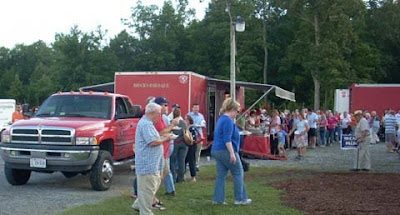 Diners lined up for Brock's BBQ. 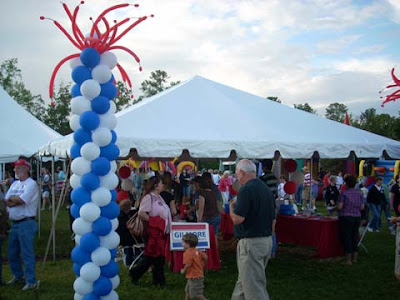 Balloons and fall decor helped build the festive mood of the Round-Up. 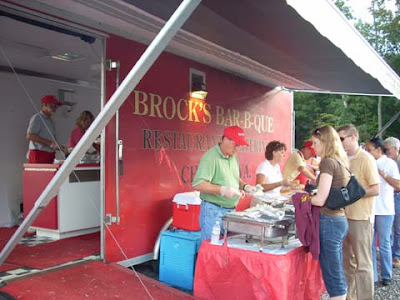 Almost 4,000 hotdogs and countless pounds of BBQ were consumed.