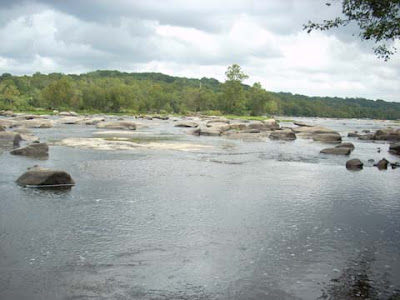 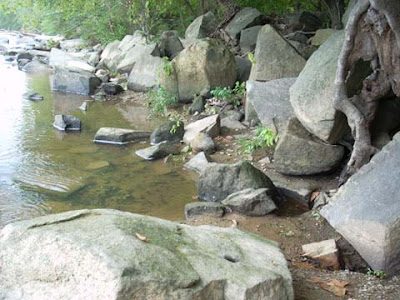 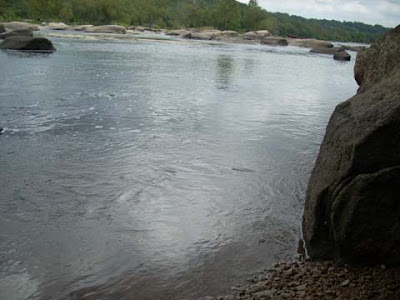 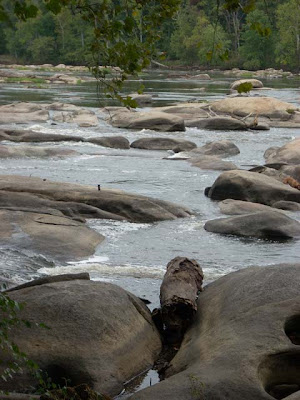 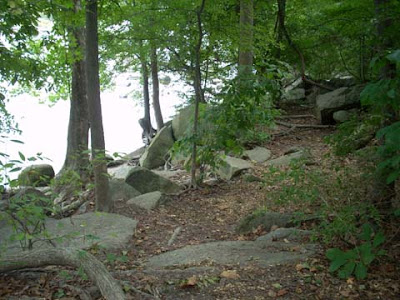 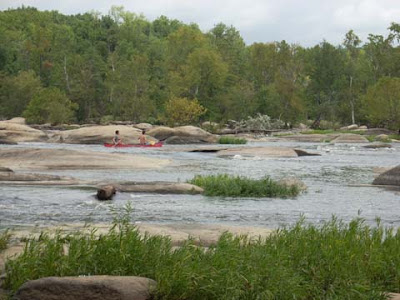 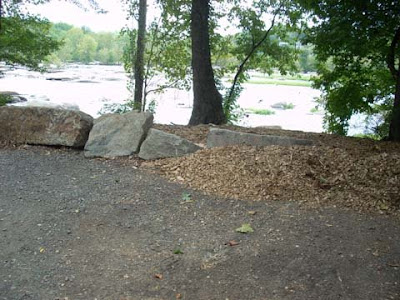 Parking areas are located at various places along the river.... 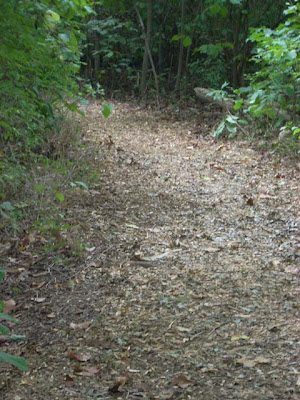 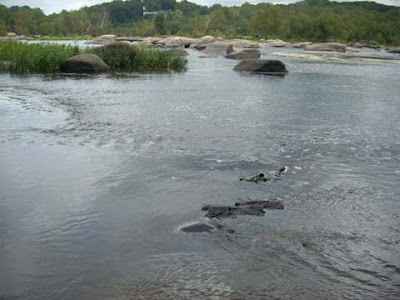 Nothing defines Richmond more than the James River ... past, present, and future. Flooding, algae outbreaks, recreation, rock-hopping, boating, drownings, spinal meningitis outbreaks ... they all center around the James.

Those of us who grew up in the Richmond area remember the floods that blocked driveways on Riverside and Cherokee Roads ... classmates rowing boats in and out of properties ... the house under the Huguenot Bridge finally being lifted onto stilts after suffering multiple flooding ... biking to the river from Bon Air ... spending time on the rocks.

Before the establishment of the James River Park which stretches along much of the river's length, teenagers had to find a spot to access the river, often across private property. Most property owners were understanding. Saturdays and Sundays saw a slow crawl of vehicles along the narrow Riverside and Cherokee Roads ... teenagers looking for a parking spot for recreation on the river or just driving through to see who was there.

The James River is treacherous for swimming. An uneven river bottom, trees, roots and rocks all are possible traps to those who slip off a boulder or are caught up in the rapids and forced underwater. In the past, meningitis outbreaks forced a ban of the river for periods of time.

Boating is not possible at the lower end but, rather, above Bosher Dam. Canoes and kayaks are often seen on the lower end skimming around the multiple boulders but, in flooded waters, those daring the rapids sometimes meet a fatal end.

The James River and Richmond ... the two go hand-in-hand.