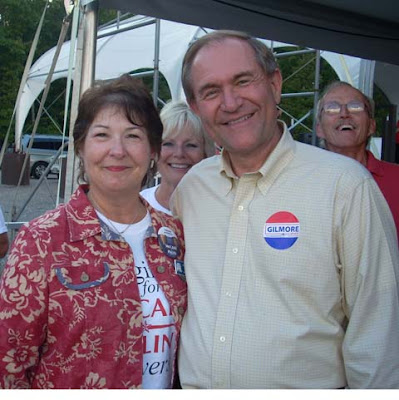 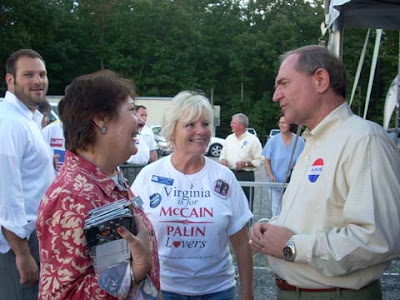 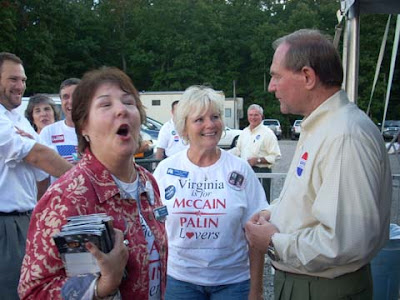 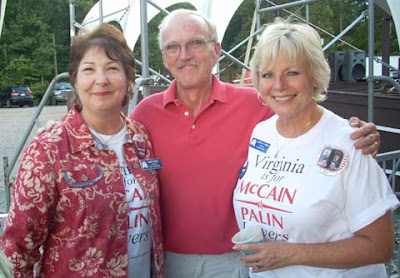 SWAC Husband with Trixie and Kathy. 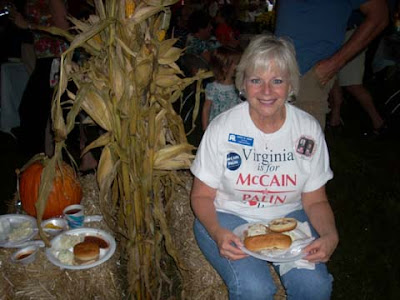 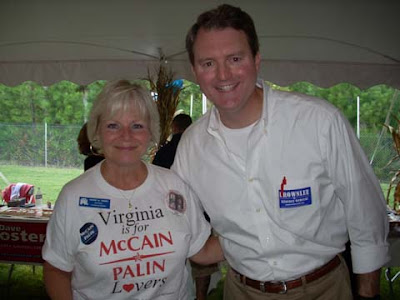 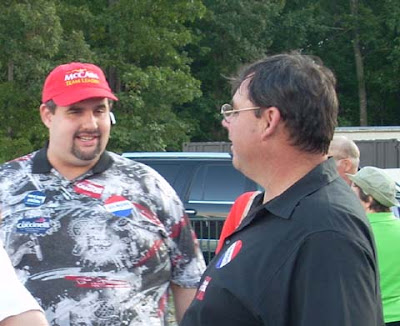 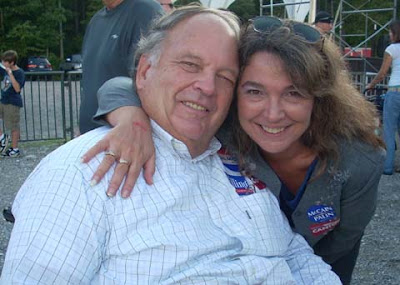 Congressman Eric Cantor arrived late to his 2008 Round-Up because he was in Washington, D.C., working on a financial bailout package with his fellow Republicans. His wife announced that he had left D.C. just as the Round-Up was beginning and was driving straight there.

Bill Bolling asked that everyone turn to a person beside them and say, "Shhh" ... which worked very well in quieting the crowd ... and he offered up prayer which was followed by Bob McDonnell who led the Pledge of Allegiance. Kind of cool saying the Pledge led by the state's top cop....

Jim Gilmore's speech was electrifying as he pounded on "drill here, drill now, pay less," and the lies from Mark Warner over the years especially, "I will NOT raise your taxes" only to turn around and push through the largest tax increase in Virginia history. Amazing how the press is being so quiet about that.... The crowd responded with cheers and applause and a determination that Jim Gilmore will win in November.

State Central Committee met before the Round-Up, a meeting that ran long so most did not arrive until 5:00 but many from throughout the state participated since they were in Richmond for the meeting.

The three candidates for 2009 attorney general were there ... Ken Cuccinelli, John Brownlee, and Mr. Foster. Where do we find so many good candidates?

My parents, Eula and Calvin Lucy, were there again as they have been every year since their Congressman Eric Cantor began the Round-Ups.

A special congratulations to National Committeewoman Kathy Terry on the birth this week of her newest little grandson!

The band, Royal Blue, from Waynesboro played again this year and did a great job of entertaining the crowd with a variety of music styles.

Catering was provided by Brock's Barbecue from Chester, and they always do a great job. Plates were loaded with a BBQ sandwich, hotdog, potato salad, baked beans, and cole slaw. Sides and brownies for dessert, and a variety of beverages ... and no one could go away hungry!

Popcorn and cotton candy were also available as well as kiddie rides, bouncy-bounces for the little ones, and local Republican groups were selling buttons, pins, t-shirts, and other campaign items.

We had left by the time Congressman Cantor arrived at 7:30 ... we were headed home to the Shenandoah Valley ... but I received the following from Chairman Linwood Cobb:

Eric drove down [from D.C.] after voting, arriving around 7:30. Several hundred people waited to hear Eric give his assessment on the bailout bill and the election. He then greeted each person that waited for him to get there, and then headed back to Washington and is in the middle of the negotiations. Eric is one of the most grateful elected officials when it pertains to his constituents.

I took photos of many folks (more to follow) but there were many more I did not get this year since I was at State Central meeting which made me a little later arriving at the Round-Up. It was fun eating with Kathy Terry, goofing with Kathy and Trixie Averill, and visiting with many Republican friends from around the state.