The grocery ads are full of cookout ideas for the upcoming Memorial Day weekend, a time many recognize as the beginning of summer.

Hopefully, the real meaning of Memorial Day won't get lost in the mix. Millions of Americans will pause to honor our military men and women who have died in the line of duty protecting the freedoms we enjoy.  More than 200,000 American flags are on military graves in Arlington Cemetery, placed there by the 3rd U.S. Infantry Regiment, also known as The Old Guard, as a memorial to those who paid the ultimate price.

There's nothing wrong with having picnics, going to the beach, or spending the weekend at pools that will open for the summer season ... but part of our weekend should be to take a moment and say, "Thank you." Military veterans and fellow Americans will take part in memorial services and wreath-laying ceremonies that will occur throughout the Commonwealth.

As I was working on this post, an email came from my mom, copied to others in the family, as a reminder of her brother, a soldier in the U.S. Army, who was killed in action during the closing days of World War II. Mom wrote:


My brother, Clarence, would be 94 years old August 1st.....and it has now been a little more than 67 years since he was killed in Germany during World War II, only 6 weeks before Germany surrendered and the war in Europe ended.

Clarence was a 'foot soldier' and had fought for 15 months, from southern Italy to the liberation of Rome, then from the Riviera of Southern France all the way up to Germany's Siegfried Line, liberating the people of those two countries who had been prisoners of the Germans for several years.

Clarence was killed as they were crossing through the Siegfried Line from France into Germany. I think of him often and think about the fact that if we had not won World War II, there would not longer be a United States of America because Germany would have taken control of our country and our lives.

He was the oldest of my mother's nine siblings ... she was a teenager when he died.

Memorial Day ... a time to remember, reflect, and pass it on so we will never forget our fallen heroes. Freedom is not free. 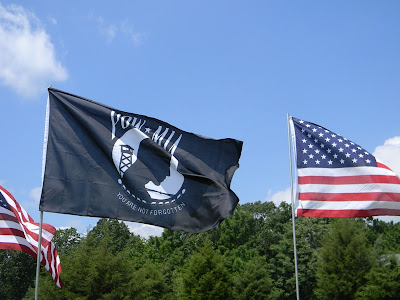