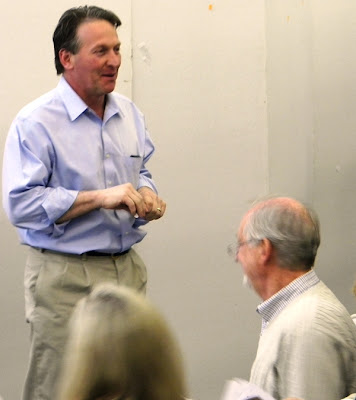 Chris Saxman laughing with Don Reid of Statler Brothers fame at Saturday's Grace Christian School auction in Staunton. An annual event, each year hundreds pay $20 per person to get in the door and enjoy a BBQ supper with all the fixings, and the opportunity to bid on hundreds of donated items. Everything from trips to gift certificates to local restaurants is available and the bidding is fierce for the online, silent, and public auctions. 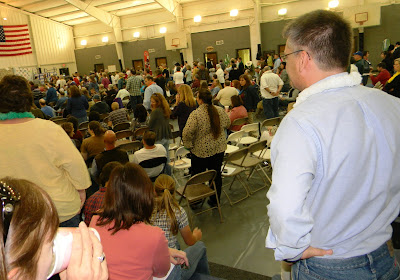 Kurt Michael stands to play the "Heads or Tails" game. Everyone wearing a lei (purchased for $10 each) is a participant and all stand to begin the game by placing their hands on their "head" or their "tail." As each person is eliminated, they sit down while the remaining players continue to stand and play. When it gets down to the final dozen or so, they are called to the front to finish the game. Kurt and SWAC Husband got eliminated about the fourth round. The last person standing won a 32-inch TV, not bad for a $10 investment. 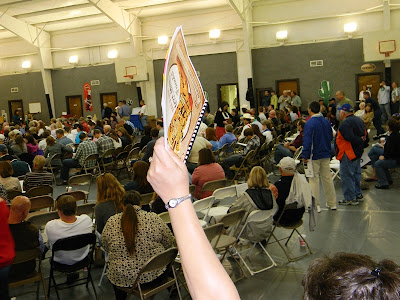 The lady in front of me was in a buying mood, raising her numbered auction book often to bid on items. 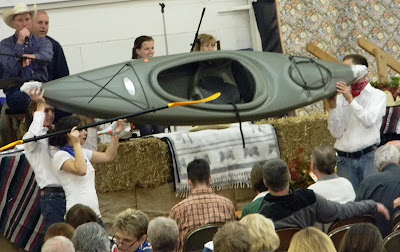 This kayak caused a flurry of bids. 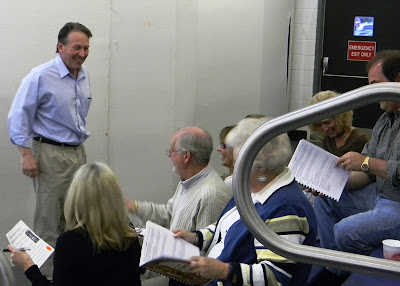 Don and Debbie Reid, Kevin and Vonda Lacey, Chris and Michele Saxman, the Michaels, Summers, Rimels, and other well-known names in the SWAC area ... all were there (and are usually there every year) to help financially support Grace Christian School in Staunton. This year the school reportedly raised $65,000 ... and now plans begin for next year's auction.