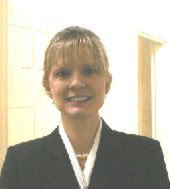 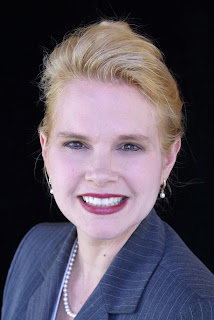 
The Virginia General Assembly's judicial votes in the wee hours of Tuesday morning, May 15, brought a judgeship confirmation for someone very close to Staunton Councilwoman Andrea W. Oakes.

Judge Moreau received her undergraduate degree from Randolph-Macon College. Her law degree was earned from the University of Richmond's T.C. Williams School of Law where she met her husband, Charles Moreau, who also graduated from T.C. Williams. Both went to work in the law firm of Williams, Morrison, Light & Moreau owned by her father, Ronald W. Williams, Esq., also a T.C. Williams School of Law grad who served on Danville's City Council as a member and mayor from 1970-77, and on the Pittsylvania County School Board from 1984-88.

Stacey left the practice when she received the appointment as judge while her husband continued as a partner at the firm until his death in 2004 at the age of 42 from melanoma cancer. Judge Moreau has been a single mom of their two sons since her husband died, with the oldest attending college in the fall in pursuit of a law degree.

The Williams family has been active in the Danville community and politics for years. Dad Ron Williams walked an African-American student into school during the unrest of Danville's school desegregation in 1970 [http://scholar.lib.vt.edu/theses/available/etd-04042002-203119/unrestricted/4.pdf, p. 86]. His wife LuRae, mother of Andrea, Stacey, and their three brothers, was active in politics and also taught art in the local schools before she was tragically killed in an automobile accident in the early 1990s.

Brother Wayne Williams, MD, who graduated from the Medical College of Virginia in Richmond, served on the Danville city council as member and mayor until he left in 2008 to take a physician position at a hospital in Vidalia, Georgia. Brother Mark Williams also became an attorney in Danville, and brother David Williams is in business management in Asheville, NC.

In 2011, Ebb H. Williams III, of Martinsville, uncle to Andrea and Stacey, and graduate of the University of Richmond T.C. Williams School of Law, received a resolution from the Virginia General Assembly for his outstanding work as an attorney in Virginia.

With such a stellar family background, Stacey Moreau and Andrea Oakes are continuing the family tradition of community service. Congratulations to Judge Moreau on her judicial appointment, and to Councilwoman Oakes for her recent re-election to Staunton City Council.
Posted by Lynn R. Mitchell at 5/16/2012 12:00:00 PM