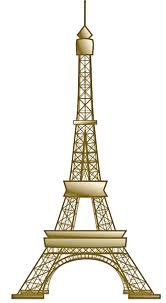 It was quite an experience ... all those high school students from throughout Virginia -- including SWAC Niece representing James River High School in Midlothian -- spending three weeks at the Governor's School French Academy in Lexington, Virginia.

From June 23rd to July 14th, the campus of Washington & Lee University sounded like a slice of Europe had been transplanted to the small southern city during a full-immersion camp that allowed nothing to be spoken but French.

All contact with the outside world -- that means parents, too -- was cut off ... no cell phones, no laptops, no Twitter, no Facebook ... with the exception of letters that were written in, yes, English. Written ... you know, on paper like they used to do before today's social media. Otherwise, conversations with any- and everybody encountered during those three weeks had to be in French.

Even for the Fourth of July? Oui, oui ... but America's independence was celebrated, none the less, with red, white, and blue along with good old American hamburgers. Some things you just can't mess with.

For three whirlwind, rigorous weeks, these kids participated in classes -- we're talking the economics of Latin America, unification of Germany, life in France as seen from an economic perspective, great works of art -- along with activities, field trips, French films, creative writing ... in other words, being constantly on the go.

SWAC Niece was sprung from camp last Saturday, re-immersed into the land of English and Americana. Her we-missed-you parents were happy to pick her up and head home where she was able to turn in early that night and sleep late the next morning.

But typical of teenagers, her recuperation was a quick bounce-back as L'Academie Francaise 2012 alumni immediately plunged into contacting one another with that form of communication that had not been allowed in Lexington -- Facebook. They posted photos, chatted to each other in combined French and English, and made plans to meet for French film festivals and other French-type events around the Commonwealth.

So how do these brainiacs get chosen for such an adventure?

Students must be nominated by their public high school or private school. Even homeschool students may apply through the public school they are eligible to attend. A state selection process determined who was accepted to participate.

Perhaps, most importantly, the Academy noted that students "must be genuinely interested in attending the Foreign Language Academies and have the stamina, emotional maturity, stability, and self-discipline to live away from home for an extended period."

In other words, no slouches.

Competition to be selected was stiff so there are plenty of high-achieving students out there who are willing to put the time and effort necessary into advancing themselves for the future ... and to just have fun with other French-speaking kids.