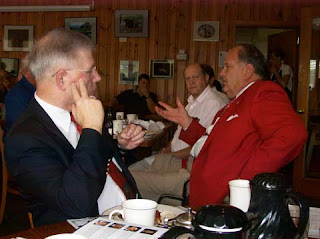 Elected officials in the crowd included Delgate Steve Landes, Delegate Chris Saxman, and Delegate Ben Cline as well as many local electeds and candidates running for the Augusta County Board of Supervisors.

All the grassroots leaders were in attendance including the Chairs of SWAC -- Staunton, Waynesboro, and Augusta County's Kurt Michael -- as well as Mike Meredith, Chair of Rockingham County and Fred Anderson, Sixth District Chairman. 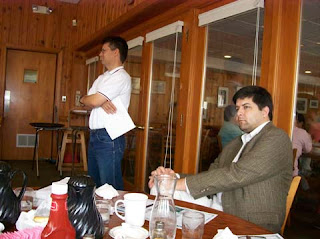 Kurt Michael and Shaun Kenney listen to a question.
Lt. Gov. Hager had rousing remarks about the Party, the direction we're going, how we're rebuilding, and articulating our message to the voters by showing the differences between the democrats and us. He answered questions that ranged from the need for closed primaries to fairness (or lack of) in the media.
He was followed by Chairman Kurt Michael who emphasized what he stood for -- pro-life, pro-family, pro-Second Amendment, anti-tax -- and said that was what he was working toward as a Republican volunteer in the SWAC area.

It was a good event and sets local Republicans up to head off into the fall campaign season ready to go! Our thanks to John Hager and Shaun Kenney for attending the event. 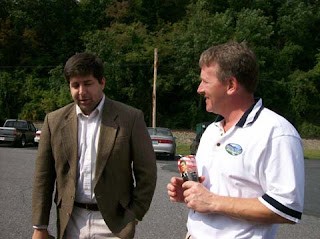