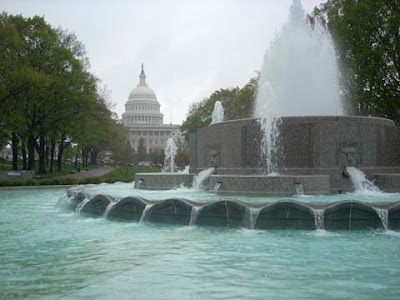 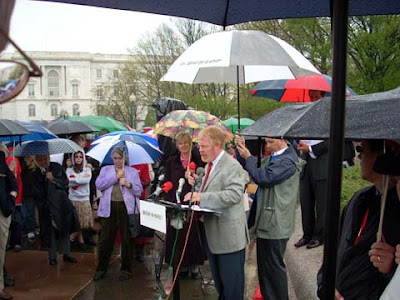 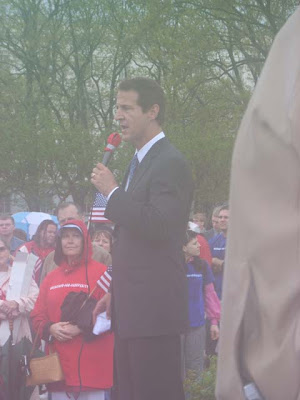 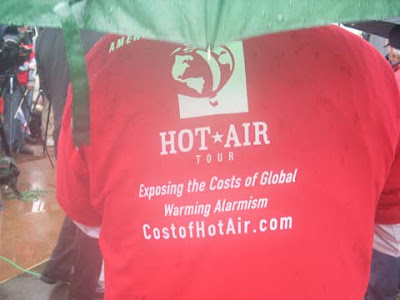 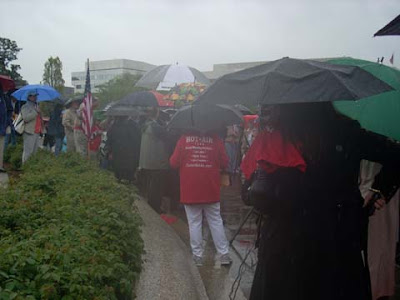 Enthusiasm ran high even in the rain. 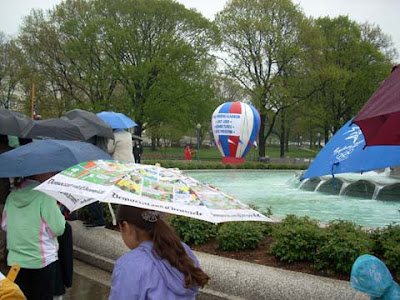 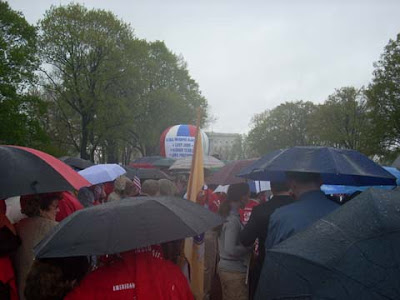 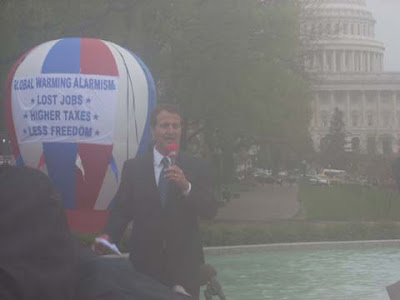 Tim Phillips addresses the crowd as the rain let up a bit but not before the moisture affected my camera lens. 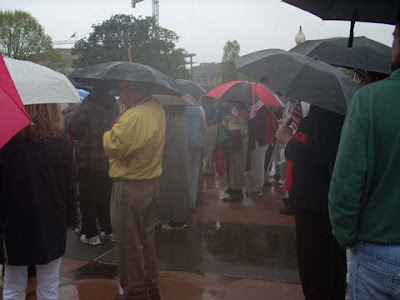 WASHINGTON – One day before Earth Day, hundreds of citizens joined the grassroots free-market group Americans for Prosperity (AFP) for a rally in the nation’s capital to launch a cross-country hot air balloon tour aimed at exposing the unaffordable costs of proposed climate change policies.

The nationwide Hot Air Tour will make its first stop on April 30 with AFP’s huge seventy-foot hot air balloon in Kansas City, Missouri, before stopping at locations in Kansas, Oklahoma, Texas, and Louisiana, on its first leg. In all, the Tour will visit two-dozen key locations across the U.S.

"Elected officials at all levels of government are converting global warming alarmism into policies that will have devastating consequences for our economy,” said AFP President Tim Phillips. “We think American families need to know what these proposals will cost them – lost jobs, higher energy prices, and less freedom. We’re launching this Tour to educate citizens on unaffordable climate change schemes.”

Despite rainy weather, AFP’s Hot Air Tour kicked off on Capitol Hill, with hundreds of grassroots activists, including citizens from North Carolina, Virginia, and New Jersey, rallying against the proposed Warner-Lieberman cap-and-trade bill and other costly so-called “solutions” to global warming.

A recent Gallup poll indicated that the country’s economic situation is by far the greatest concern among likely voters, with high energy prices tying health care for third biggest concern. Despite the propaganda advanced by global warming alarmists, global warming did not even make the list. Yet proposals aimed at climate change would harm the economy and lead to drastic hikes in energy costs, for almost no environmental gain.

“We believe that people deserve to know how reactionary policies will affect their household budget,” Phillips concluded. “The one-sided greenwash on this issue is over; it is long past time that the economic impacts of these policies are made known.”

Americans for Prosperity (AFP) is a nationwide organization of citizen leaders committed to advancing every individual’s right to economic freedom and opportunity. AFP believes reducing the size and scope of government is the best safeguard to ensuring individual productivity and prosperity for all Americans. AFP educates and engages citizens in support of restraining state and federal government growth and returning government to its constitutional limits.

Lynn, You did great with picture taking yesterday! Amazing shots. Really! Thanks for making the trip and thanks to the over 100 Virginian's who trekked to DC in the pouring down rain to send the message that taxpayers can't afford the left's so-called "solutions" to supposed "climate change."